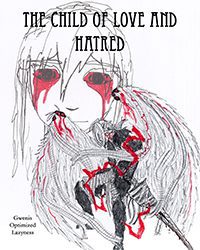 THIS IS THE FORMER VERSION OF TCOLAH, NEW VERSION HAS THE SAME NAME WITH "rewrite" AT THE END.

A normal school day on its end. A young man by the name of Ciaran suddenly drops dead under the eyes of his little sister along with some other students and a teacher because of the mistake of a god.
He wakes up in the body of a Gifted baby sharing his name, in an unknown world sharing some similarities with Earth. But his fate is not a pretty one. Led by poverty and a lacking sense of mother-ship, his new mother abandons him to the hands of peculiar slavers. But Ciaran's Gift is not an ordinary one, and from the pain and humiliation of countless experiments, his will becomes set in stones. He will go back to his old world, take care of his orphaned sister, and finally start a new relationship with the woman who haunts his heart. No. Matter. What.
Meanwhile, his classmates slowly learn to live in this new world, and hidden powers are scheming a new future that doesn't only concerns this estranged world.

I put the "sexual content" warning not because it's a ero-novel but because I plan something special for the 69th so better be safe than sorry.
Though the warnings for gore and strong language aren't there just for the show. Especially the gore part. Ciaran has a gruesome past and lives a gruesome life.

The release schedule is set for 1 chapter every day with a break at the end of each week. Might change depending on how my creative side is feeling, though I'm quite serious on this wn. Will probably change the release schedule once I go back to school but that's for september.
Comments and (constructive) reviews are warmly welcomed!

Cover made by myself.
Better res available here: https://drive.google.com/file/d/10xfsVQdzmNZYQXhHWvbA0_g4UlZQzIeP/view?usp=sharing

Genre
AdventureFantasyIsekai
Tags
Overpowered Protagonist Parallel Worlds Protagonist Strong from the Start R-15 Reincarnated into Another World Ruthless Protagonist Special Abilities Sword And Magic Torture
Show
Table of Contents
Write a Review
Reset Filters
X
Write a Review
You must be logged in to rate and post a review. Register an account to get started. 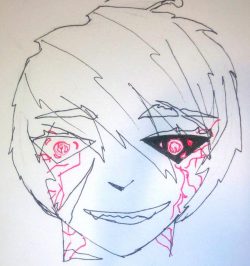 Reincarnated as a Player
By Akajaro
Aerilei Hagama is a high school student who wakes up one day in an alternate universe as a character she was playing as in a game. Reset to level one and lost in a foreign world, Aerilei embarks on a journey. Will she ever get home?

Reject Humanity, Return to Monke
By IAmGuavaFruit
Ordinary day, ordinary life, that is until, I found myself getting stabbed to death by my fellow student for reasons unknown to me. Then some kind of holographic window prompting me to reincarnate appeared while I was busy drifting through the inf

Reincarnated As An Atypical Merchant (Old Version)
By CautiousTitan
At 18 years old, Owen found himself mysteriously reincarnated after dying from unknown causes. Upon entering Adrios, Owen was blessed with the legendary ability of ‘Creation’, which was intended to be used against the two Demon Lords.

The Vampire Empress
By Mihou
To think that I, someone who once was the proud heiress of the vampire clan, would be transported to another world to help humans prosper, what kind of ridiculous request is this…?! WHAT?! You are making me manage a cursed town?! AGAIN, WHAT
Action Required