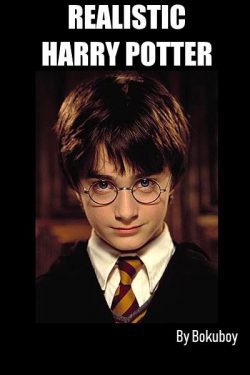 Have you ever wondered what Harry Potter should have been like, if Harry really was treated like he was by the Dursleys and then by the kids at school? Me, too. Let's see what happens.

I'm writing this for fun. Updates have changed from daily to weekly (Fridays).

Harry Potter is (TM) and (C) J.K. Rowling. Image grabbed from Google and edited with title.

I'll be honest here, I enjoy reading this story until about chapter 30 where everything start going downhill for my taste.

First you portray Fred and George being an intolerable bully in front of Harry, while Ron being a victim that deserve pity. That kill some of my mood since Fred and George are one of few people that never hold prejudice against Harry. Even Ron the so called best friend alineated Harry on Fourth years because of envy.

Secondly, you overexaggerated Harry reaction to every trivial things in Hogwarts, such as ghosts to the point he almost exorcise them and got reprimand by Minerva (and made Harry explode in anger for injustice reprimanded). Unlike canon, Harry here already got knowledge and even perform some spells before he enter Hogwart, so he shouldn't be that reactive to every single magical happenings such as ghost. Even the teachers didn't deserve to be scolded that harshly by Harry just because he got scared of damn harmless ghost.

And lastly, I dislike the way you portrayed Dumbledore as evil manipulator. Don't get me wrong, I agree that Dumbledore is a manipulative bastard that more paranoid than mad eye Moody. But he isn't that evil like how you portrayed him to be, to the point he manipulated every trivial things around Harry such as intentionally order Molly Weasly to force his son to befriend Harry.

Overall I'll rate it as 3/5 despite my complains since I quite enjoy the ride in the few dozens early chapters.

Hope you'll improve more of your writing, since writing fanfiction sometimes is more difficult than original since you're bound by canon.

Alright! So I was never a fan of fanfiction. But this? Gosh, it's so well written that I have to leave a review. A must read! 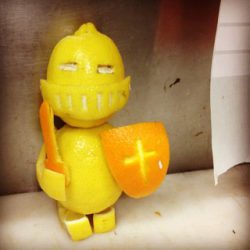 Partially realistic in his reactions

But the summary of this story should reflect that

Ie "a harry how the author thinks he should've been"

In my opinion, this is one of the better Harry Potter fanfictions out there. It is well written, and does a decent job of changing Harry's perception of the wizarding world, than how it was protrayed in the books.

Some aspects are a little iffy, but where the story really shines is in the relationships that Harry makes, and how he approaches magic.

I'll just say this is soo good. Don't listen to reviews that are not past c30 people just don't like how sometime situation like that can easily be viewed as bullying to others in certain situations. Read it for yourself and make your own informed opinion it very much worth the read!

Cons: The author adds some of those forced anime lucky events. With kids.

Pros: The scenes are emotional and interesting, they really draw you in. Though you do have to get used to Harry having a different personality.

It's been ages since I laughed and shed tears while reading something.

This brings so much memories while feeling like a new story. This is really much more realistic than what the original story told us. Don't get me wrong, the books will always have a special place in my heart. But for those who have read them, this is a must read. The writing is on point and I can't find a flaw at the moment in the kind of story telling the autor has chosen.

What are you doing here, go read it !

It isn't a copy of the original characters, and I might disagree with some of the ways people react. However, it is a nice take on how things might have been, and it isn't just about a harem or something. It is fun to see how the characters push each other. (Hedwig will always be the best character. Fight me)

I tried to like this story allot. It started off in a way I liked, a bit awkward but altogether good. Honestly the fact harry has a selective short fuse and alot of hidden anger isnt really surprising. However, it doesnt make you think of a hero, he does some slightly heroic actions in trying to protect hermione though.

Perhaps hermione is my biggest gripe. She hasn't shown her Gryffindor characteristics at all, just a phobia of ghost that has popped up and being totally okay with destroying thinking beings.

Harry honestly seems to be cruelly lashing out at the things he thinks are different and scary, sometimes in deadly ways. This is a classic cycle of abuse that he has got from living with the Dursleys. I hope that he can overcome it.

The other main gripe is about how strong he becomes in such a short time.  Second most unrealistic part, first being hermione.

I've actually talked myself into continuing to read in hopes of that.

And nope. I tried reading one more chapter but its so dumb. Might technically be more "realistic" but none of the characters feel like their originals. If it gets better, someone message me. 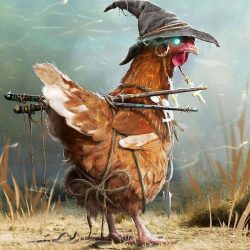 If it was an original work and not a fanfiction of Harry Potter, I would give it a 3-4 stars. The quality is good, but everything is so dreadful in the world, like everything is being seen in a very negative and pessimistic view. And since there's no insightfulness to be gained from the novel, I wouldn't read it at all. It's just depressing. Then I would subtract another 2 stars since it doesn't really follow the spirit  or thematics of harry potter. So it's not really inspired by Harry Potter. That said, it's written well, so if that's all you're looking for, then go ahead.

Twilight Kingdom
By HeskethJemima
Candle Enys is a lost cause; at least that’s what her parents tell her. Her blue eyes are proof she doesn’t have a soul, but when she becomes the target of a demon’s wrath, it’s her eyes that save her life. Twilight

Still Loading…
By VideoAmes
Sam goes off to college, and learns a lot about herself. (May be very gay)

The Cursed Black Hero
By Vain_1997
After witnessing his parent’s death at a young age, getting treated like trash like his relatives, then getting summoned into another world as the weakest hero, Kyoushiro Kagami now became the only hero bearing a curse…..
Action Required