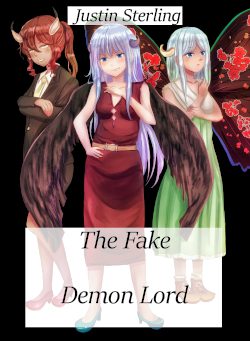 Lapis Lazuli Fardom, the current Demon Lord, is betrayed by her council when they establish a treaty with the Humans behind her back. Having framed many evil deeds against her, both the Humans and Demons set up an ambush to kill Lapis off.

Moments before she is killed, a loyal vassal sacrifices her life to tear open a rift in space sending not only Lapis, but also the current Heroes summoned into the rift. When they are finally released, they realize they are suddenly in an entirely new world with races they'd never seen before at war.

In this new world, what role will Lapis chose to take up and how will the release of an old Demon Lord into the new world affect the current balance of war? 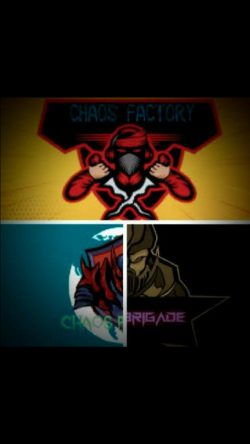 Up front, I hate how the author lists chapters as holding the same number. I feel saying Chapter 14: Title Part A and then Chapter 15: Title Part B makes more sense and fits how this site lists the chapters out. So going by the authors convention, I'm reviewing on Chapter 15 and Chapter 20 by SH standards.

Right then, so I'm updating this since it seems Arc 1 "Rise of the Fake Demon Lord" appears to be coming to an end. Apparently there is a second arc dubbed "Fall of the Fake Demon Lord" so... I assume it will only have two arcs. Considering the description says it was planned out to 50 chapters and Arc 1 is slowly nudging against 25 chapters, the math seems to work out. I left my original review below for those who care and I'll only post what has changed.

Still! Things are good. Read it! Love it! Keep it up!

First to be up front, I'm reviewing this at like... chapter 9... which is actually something like chapter 12 since there are a few a, b parts... Which is a freaking lie because the damn chapters are like 7k-15k words per so if you compare it to other web novels on this site, there's already like 30-50 chapters worth of content.

All that was to say, the story is f**king awesome! I only recently finished catching up to the story and I noticed the author is taking time to go back and edit earlier portions of their story and fix grammar issues, typos, and word choices. It's very noticeable as the chapters now read with the first being the most polished and with chapters 3-8 reading like a bell curve as the author slowly figured his sh*t out. That being said, there are still random splashes of words that stand out. 'slowly' catches my eye most as I see it used everywhere in other works on this site, but it seems the author is removing those as he goes since I can't even find it outside of dialog in the first chapter now.

While reading, I've noticed a couple different styles of conversation which are pretty cool.

I particularly enjoyed the conversation interlaced with the teaching duel in chapter 8b.

I noticed a 1 star rating attached to this story and I can only assume that person ignored the tags, or refused to read past the

There is magic, but it's handled differently than I've seen other books try to go about it. I'm not sure if the author made a mistake or if it's part of the story, but there seems to be 3 or 4 ways to cast magic, but those ways never seem to interact. Some hints about a particular groups next destination might reveal more in future chapters. Not a negative, just a weird thing I noticed.

The characters themselves have a form of depth. Hiiro and Lapis are rather thin at the moment, but over the course of 100k+ words, their history and personalities are slowly being revealed, which I found nice. I think Aria is somewhat forced into the scene and it feels like some characters are important, but there's literally nothing supporting that beside maybe two - three sentences that I had to read into.

The story is at 100ish thousand words currently and yet the bulk of the story has remained in a single city/forest. There were obvious hints at the world moving in response to Lapis entering the new world and yet we've heard nothing about them yet, but to be fair, sh*t went down in recent chapters (7-9) and they have to properly handle it.

Overall, the story isn't rushed. The author seems to have planned the chapters out and it shows. I'll probably come back in the future to re-read the chapters I've already read to get the full immersion after the author finishes his edits to the earlier chapters. As I said before, the quality of chapters is a bell curve since he is fixing earlier ones and those fixes are slowly being applied to each chapter while his newer chapters already have the fixes built in. It's somewhat awkward, but will read insanely smooth when he's done.

Virtual World Futuristic Gunners Online – VWFGO
By The_Young_Flash
Zane Crawford was born an orphan and suffered from the unique condition of Psychopathy. Being unable to see the world as anything other than an indifferent hellscape, he did the only thing he could to preserve his sanity – he joined the army

Soul Venerable
By Soleil
Those delusional fools tried to besmirch my reputation and framed me as an otherworldly invader to justify plundering my knowledge and seizing my true inheritances. Ironically, they weren’t wrong. ___ What to expect:

I accidentally summoned the hero! Now what?
By Paul_Tromba
After being framed for the use of necromancy, Nero was banished from his hometown and the great magic academy. Having nowhere else to go he set off, only to get lost in the destroyed Imperial city ruins and end up in a labyrinth. After a month of

Rise of the Last Star
By Ayer12
As multiple worlds and dimensions converged, humanity was met with the Unknown. In order to save himself and others, he must reach his full potential as the last hope. He must become the last shining star that guides his people. This
Action Required