A Caterpie that was just relaxing in a tree when a Trainer passed by and decided he wanted to catch it *3.1*. After being bested in battle, it decided to accept being caught and then proceeded to win its first battle ever, excited it beyond words. Not only that, but it was capable of evolving into a Metapod just a day later *3.2*. It hopes to evolve into a Butterfree soon.

Beedrill was caught as a Weedle in Viridian Forest *2.3*. It evolved into a Kakuna thanks to a battle against Team Rocket and then evolved into Beedrill due to its anger at a certain Pokemon who stole its food *2.5*. It absolutely loves flying and would very much like to traverse the sky with its Trainer one day, but unfortunately Beedrill itself can't carry Joe.

The only thing on this Pidgey's mind is, "Where should I fly next?" It loves spreading its wings and taking to the sky, although for now that isn't possible as its new Trainer keeps it in storage. It doesn't mind for now, but it hopes that it will be let out to enjoy gliding in the wind every now and then.

Passing its days by sharpening its teeth, this Rattata was eventually caught by a human named Joe in the open fields outside Pewter City *3.1*. Overall, its fine with being caught, but hopes for a more active role in the team eventually.

Being as bold as it is, this Spearow was something of an outcast due to it constantly trying to prove it was the strongest out of all the Spearow. On a lonely outing a human Trainer stumbled across Spearow and bested it in battle, so it allowed itself to be caught *3.1*. Now it believes it will learn many lessons from this human, allowing it to grow stronger.

A solitary Pokemon, this Male Nidoran was left to fend for itself after being left behind by its family. It doesn't know where its family is or what they are doing, but it feels like they didn't abandon it of their own free will. It allowed itself to be caught by a Trainer with the hopes that maybe, just maybe, it'll travel and find its family again. It wants to be out of storage as much as possible.

A bit of an airhead, this Zubat wasn't paying attention to where it was going and encountered a Trainer. This resulted in it being caught, although it doesn't really mind. Perhaps a human is what this dopey Zubat needs in order to get its life back on track.

Paras was a fan of its home, the lush open fields of Route 3. When a Trainer came by and attempted to catch it, it first tried to flee. When the Trainer didn't let up, Paras hoped to win against the human's Pokemon and leave but instead it got bested in battle and got caught. It isn't too happy about it, but it is what it is.

A Pokemon that is a nuisance to those around it, this Psyduck is worried that the human it was caught by will eventually release it. Because of that, it'll be trying its best to be useful to its Trainer.

It loved to cause problems for the other Pokemon of Route 3, and it would even go as far as to steal food from the people of Pewter City. However, a Trainer came by and won against this Mankey in a battle, so it got caught and is currently in the Trainer's storage.

This Poliwag was the head of the pack, but after being bested by a Trainer it left the role of leader behind in order to grow alongside the one who caught it.

Geodude lived in Mt. Moon for its entire life, eventually being beaten by a Trainer and his Ralts. Now it wishes to be used in a battle as it is quite confident in its combat prowess.

Despite being quite old, this Gastly has stunted growth due to be trapped wandering the empty corridors of an old tomb. However, before being trapped in the belly of Mt. Moon, it was quite the sneaky ghost. Thief is a self-taught move in order for Gastly to get what it wants.

A Pokemon that quickly grows to love its Trainer, Cyndaquil can often be seen seeking affection from Joe. While it was at Professor Elm's lab, the Fire-type felt lonely as many new Trainers picked one of the other Johto starters. When Joe stopped by, Cyndaquil was determined to finally start an adventure with a human and so snuck away to greet the Trainer. Luckily its wish was granted and Joe took a liking to Cyndaquil immediately.

Because Cyndaquil wants to stay with Joe it may go above and beyond to please its Trainer. However, this is a double-edged blade. After losing to Brock *2.6*, Cyndaquil became upset, believing it'd disappointed its Trainer.

Originally a mischievous Pokemon, Hoothoot loved causing problems for the other Pokemon of Viridian Forest. If it wasn't sleeping, it was stealing food from others because finding its own was too much effort. After angering one of Joe's Pokemon, Hoothoot lost a battle and was subsequently caught by the Trainer *2.5*. It doesn't get along with many of its Trainer's Pokemon right now, but seeing more of Joe's good actions may start to make Hoothoot help others in the future.

A Ralts with a Hidden Ability, it was hunted by Team Rocket for some nefarious purpose*2.3*. Thanks to a wandering human, Ralts and its friends were saved. This human, Joe, had particularly positive emotions, making Ralts happy. The human even offered to train Ralts so it could look after itself and its friends in the future, much to Ralts' surprise.

Currently it's being used in a fair few battles, which fills it with joy. Joe's offer to train it wasn't an empty gesture. Its already having thoughts of staying with Joe instead of returning to Viridian Forest.

A Pokemon with a strong sense of justice, Absol wanders the regions and uses its natural ability to sense danger and disaster to protect others. Despite doing nothing but saving people and Pokemon, like all Absol, this one is branded as a harbinger of tragedy, rather than a savior. People's attitude towards this Pokemon has been shown to irritate it *2.1*. Absol teams up with a human Trainer after seeing his willingness to help and hearing his promise to gather a team to support Absol.

Seeing as it traveled the world alone, it needed moves from different types to cover as much ground as it could. Now that it has a Trainer though, Absol may shift to a more Dark-type oriented move set as the rest of its team can make up for its flaws.

Absol, the Disaster Pokemon, has three known abilities; Pressure, Super Luck and Justified. However, this Absol appears to have a different Ability *2.2*. As time passes it should become apparent what unique Ability this shiny Absol has.

Shinx was minding its own business when, one day, it was challenged by a human with a Fire-type. After being bested, it was caught by the Pokemon trainer and become a core member of the team *2.2*. Just like the other Pokemon in its Trainer's team, Shinx enjoys the affection it gets from Joe. Shinx is happy to have been caught by such a caring human.

Route 3 was the perfect place to find plenty of static, which is needed for Joltik to gain power. Trainers would come by every day, building up small amounts of static here and there for this little Pokemon to steal. However, none of them would notice this little one jumping on them. But one day, a Trainer named Joe noticed and, not only that, he called Joltik adorable. At that point, it wanted to go with the Trainer and was happy the human asked.

This Fomantis was going about its daily routine, resting during the day to ensure it was fit to find food during the night. However, it received a rude awakening when a Trainer tried to catch it. After a battle, Fomantis ended up burnt and so accepted being caught to avoid the pain *3.2*.

From there, Fomantis had a problem with its Trainer and, when it was added to the team, took its anger out by hitting its Trainer *3.4*. This came to an end when its Trainer released Fomantis. It realized that it'd been caught by someone who cared deeply for the Pokemon in his care, so this Pokemon gave the human a second chance *3.5*. 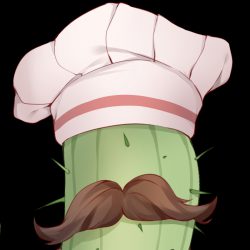 Tensei Shitara Han-Kami Datte Ken
By GeniusPhyAuthor
That Time I Got Reincarnates as a Half Deity. A girl dies then reincarnates into another world… https://discord.gg/GKY3XnB3cM (art besides text is not mine)