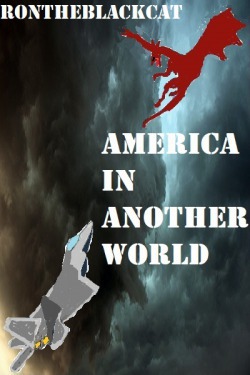 One day in 2019, the United States of America finds itself transported to a new world.

What will happen if a modern superpower from Earth finds itself in a world with magic and technology ranging from the medieval era to World War 1? F-22 Raptors vs wyverns and biplanes. Arleigh Burke-class destroyers vs wooden ships, mage ships, and dreadnaughts. M4 carbines vs bow n’ arrows, staffs, and bolt-action rifles. Featuring aggressive expansionist empires and magical kingdoms, what will the United States do?

I will do weekly updates every Sunday of chapters with about 1000-2000 words each.

This is the first novel I have ever written and is meant to be a draft. The official one will come out sometime after I finish this.

Basically like GATE (the anime), except that a full-on invasion was carried out by the modern-day country, which causes the other fantasy country to roll over and die.

The author is also highly familiar with military terminology and details, which helps lend credence and realism to the USA depicted in the novel. Overall a fast and enjoyable read.

good plot, especially in the beginning but later on it devolves into just combat chapters where big guns go boom America is victorias, the barbarians are defeated and are in fear while those on the sidelines orgasm at the might of America.

after chapter 40 you can just scroll all the way to the bottom as the whole thing gets repetitive.

e.g. Showing the perspective of foregin powers trying to best manuver around american giant and coming up with ways to benefit and minimize risk from america, i.e. Espionage and politics

also there should be an internal group of americans influencing the outside world who is not under the thumb of the goverment, like trotskyists that want to end the fuedal regeims and despots and create communist countries, either through distributing their ideas to the people or more active work such as armed groups trying to coup countries and install socialism/communism

also the CIA of america would definetly  want to puppet various goverments and possibly start farming drugs in forigen countries to sell to americans, an interesting idea

also whith the magus imperium in the peace eal they should demand some land for occupation and set up a puppet government (elf kingdom) while the USA sets up its own puppet government. Also the magus would be in a race to technologically develop to not be annaialated by the USA and using the captured/leased weapons and possibly back door agreements with mercenarys/corporations or espionage

also I find that the story thends to use too much military jargon which makes up 5% of the word count, a 567-th rifle can be replaced with automatic rifle while the 48-yu planes and be replaced with modern fighter aircraft, the specifics don't really matter unless your demonstrating the level of technology a group has such as the elves having ww2 and mach/magus having ww1

Pretty cool what-if series..  The story is told in a... I don't know what to call it.. a blurb writing like way? Each chapters are broken down into said blurbs with alot of shifting around many perspectives. A kind of unique way to write, but it kind of works with this one as it doesn't get bogged down and gets right to the point and next scenes. Author chooses to focus heavily on action... which I love! The only problem with this way of writing is that there is little to no character development... but I don't mind as most other stories I grow impatient with over mundane things... and this has none of it. Good for those that just want to get to the meat of it. 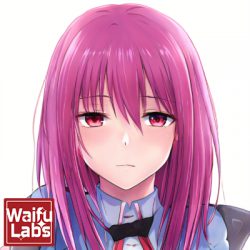 The story was going quite well but then the  author drops a bomb on everything, so the story  sounds misleading or screwed up.

There are a lot of plot holes in this chapter.

The protests make no sense when you read the series in its entirety and when you notice there was no slide story or story about reporters.

The u.s invades Vietnam and suffers 500, 000 in the fictional world.

Reporters arrive 1 day after the conflict began which will lead to.

People that lost their loved ones protest and one day later.

Those who want to support them, protest with them.

Amazing story. I think the chapters are a little too short. I also am slightly disappointed that magic isn't really used other than as substitutes to fuel and ammo

It's a very good novel, just wish magic was used a bit more 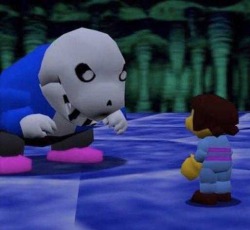 It's pretty good some ideas are left unexplored they should've been other times side stories could be shuffled around to be a little more cohesive this could use more descriptions about the people it drops characters from being major to a side character well there's no main character cause other took this another direction I liked it though but it's still feels a little odd. I think this is really good for online writing and the author said this a draft so when looking at from that perspective I feel four stars is the correct rating. Keep up the good work author I enjoy this series 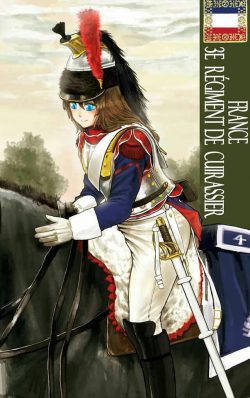 I love how it got vibes from Nihonkoku Shoukan where they different technological levels and always fighting one sided battles. It's so satisfying. There's not a lot of fantasy stuff for now (eg Dragons) but instead you got WW1 Romans, and Nazi Elves being crushed in a one sided battle however I do not see like, their goal. Whether American hegemony on the new continent or survival? I'm expecting them to fight something like in Nihonkoku Shoukan where I'm already getting vibes that the Ravernal Empire will return possibly after the New World War. But overall, this novel is just super satisfying.

You have done a very interesting job in this story, a good read.

If you managed to release more chapters it would be very cool, since it has been quite fun to read your work.

Have a long and prosperous life.

Special Operations Forces In The Other World
By Halversen
[ A tactical approach story. ] When he was still a young kid, Harvey Johanson quickly became fond of guns due to his grandfather teaching him how to hunt using rifles. Upon growing up, he then decides to join the Special Forces in t

Giant Robot Reincarnation?!
By pynkbites
One day, I died. And when I awoke, I found myself transformed into a giant robot?! And I have to fight in a massive alien war, with the survival of humanity on the line?! WAAAAAHHHH! I NEVER ASKED FOR THIS! A-At least my pilo
Action Required