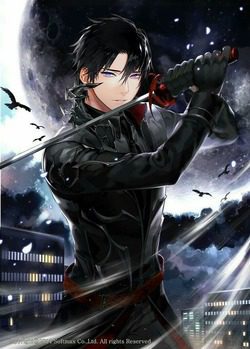 A Third-rate swordsman who's living a normal life with his wife when the heaven's suddenly turned his world upside down.

He's wife got kidnapped by his mortal enemy and he was killed by his both sworn brother.

However, when he thought that it's already his end.

He found himself back on his little apartment on earth eight years ago before the Transmigration of the Humans to the new world.

Now, with his Knowledge about the new world join Kim Shin how he plan to use it to achieve his goals.

Would he be able to kill his sworn brother after he found their real reasons?

Would he be able to easily kill his sworn enemy to achieve his dream vengeance?

(Expect that there will be a lot error. I'm not a pro writer. I just make this for some bored person like me. Okay, don't expect this to be something perfect.

This cover photo is not mine.

No reason not to read.

The novel is great just hoping it continues

AI Immortal God Soul
By Afzolh97
Our MC the creater of the most advanced AI dies in the process of merging his body with the AI system but to his surprise wakes up to find himself reincarnated into a new world,a world of cultivation. Watch our MC grow with the help with the AI sy