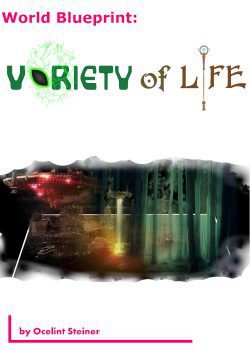 The bond of two: man and girl, attempts to survive in all seven realities which inflicted with danger from invasion of unknown enemies in every world.

Waltren Eragle was born with untreated-illness. He created World Blueprint, defeated a doctor's future vision that he would die in few years. With the power, he had been living simultaneously in seven realities: Blueprint Reality, Science Reality, ALIEN REALITY, Alchemy Reality, Rune Reality, Steam Reality, MAGIC REALITY. Though, the disease was about to coming back after eight years. Despite hopeless, he lived long enough, accepted his fate soon and prepared to pass this ability to someone else. After third selection who failed, he encountered a girl who seemed to be a unsure yet qualify to grand the right. However, as he was teaching her everything to know about World Blueprint, otherworld invasion occurred one by one in every reality.

Siqura Selvona was grew up with debt left by his father. She and her mother were working day and night, chased the end month to dismiss the flowery-interest rate. As weight gone from her life, she thought everything would be greater when all of sudden his mother disappeared and treated by people as murderer. Have no idea what was going on, stressed from massive rumors, until when they started seeking a revenge. Peaceful was over, she was about to raise weapon with her bare flesh-hand, believed herself as daughter of criminal but a boy who she never met before rescue her. On next day, people somehow forget about her mother and blamed the tragedy to someone else. The boy who saved her acted like close childhood friend even though she had no recollection of relationship. With her mother still missing, she took connection who a completely stranger to her.

(Check Glossary if this not enough.) 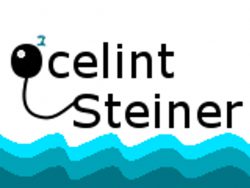