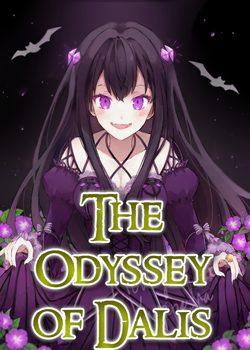 Memories lost, Powers buried, Dalis spends three years in the Caleyar Orphanage listlessly. Unlike his peers, he will not become a Vanquisher. Protecting the borders against the demonic beasts? No, Dalis’s fate was far beyond that. Dalis's very presence was destined to cause the world to quake, and the impending crisis to be overturned.

And yet, all of his endeavours were insignificant.

It was only the prelude to the beginning.

Heaven and Hell await his return.

Was everything Dalis lived in those times of lost memories for naught?

"Light-hearted” and very comedic adventure novel with a grand overarching plot. As the plot progresses, the story turns more serious. It also has quite a load of dialogue. There are references from other works too and even an ambitious arrogant young master. Not as an antagonist but as a MAIN CHARACTER. This is about a Great Journey/Odyssey/Bizzare Adventure

Disclaimer: I use British/Australian English and all use of parenthesis ( ) is used to show the thoughts of characters in their exact words.

Adventures of the Goldthirst Company
By Mejiro
Get the quest, kill the monsters, grab the loot, don’t die. How hard can adventuring be? When the party is a fashionista wizard who’d rather stare at her reflection than dirty herself with actual combat, a thief that picks locks by r

If you desire peace, prepare for war – Si vis pacem para bellum
By Assurbanipal_II
Fate and destiny are rightfully considered forces beyond human control, and they sometimes work in strange ways. In this case, they both cause a slight disruption of canon and a few unintended consequences for her victims by planting a little inn

Tales of the Strongest Lizard
By MokeyBoy
Follow the tales of Dan, a man reincarnated as a lizard on his journey to become the strongest.
Action Required