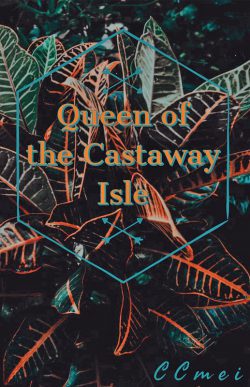 Sophie liked to think of herself as a tough sort of woman, a survivor. As an average person, she survived hell on earth and returned to tell the tale. Give or take.

In a tragic freak accident, she and the survivors of two plane crashes were trapped on a strange uninhabited island. It took 8 years for help to locate them.

Of the original 288 missing passengers and crew, only 22 people remained. The world went wild, everyone wanted to know what happened. What went on there?

In a true Lord of the Flies fashion, it was humanity at its worst. It was hell on earth, a miniature apocalypse in the middle of the ocean.

Sure Sophie had survived, but even after years of intensive therapy, she isn't always happy about it. Those who murdered her brother were now rich, those who raped and left her baby sister to die were famous. The kings of that hell island, monsters wearing human skin, had all sold their stories and were now living the good life after. Try as she might move on, hell has followed her home.

Till she wakes up 13 years back in the past that is. Less than 1 day before her scheduled flight to hell.

This is one of my favorites (if not the favorite) that I've read on this site. The characterization, research, realism, and so on make it one of a kind, and it all flows so well. What else... The grammar and sentence structure are excellent. The slight psychic elements took me off guard at first, but it adds an air of mystique that I can't hate, so very good with that one. I also like her siblings as characters, which had the potential to go horribly (i.e. the siblings are complete deadweights) but Mei executed it brilliantly.

All in all, I think it absolutely deserves a read (probably not if you're faint of heart though, haha).

Your story is so moving! Every character comes to life and you can fell their joy and pain. Every detail fleshed out. Thank you for sharing such an inspirational story.

Thrill to Thrall
By blue98
A Halloween night that started out ordinary becomes far crazier when you and your two friends get bitten by what can only be a vampire.

My Psychotic Ghost Girlfriend an Isekai Experiment Gone Wrong
By KiraMinoru
If you were told there was another unseen world hidden in plain sight, would you believe that? If you were told invisible otherworldly beings pulled the strings in the background for their own sick and twisted amusement, could you accept th

Reincarnated Into The Worst Otome Game
By Emeruferu
Reincarnated into the worst game he just finished, Kendrick has turned into a young man with eyes as dark as the void; blue hair as clear as the white sky. The son of a viscount, Dan. The world he was reincarnated to was a cruel one. It was

Monstrous (Rewrite)
By greatATTACKshark
An old monster awakens in a new world, and he is very hungry. (Cover by nm.captain_mysterious37 on Instagram)

I was reincarnated as an SCP
By NikkuNii
[REDACTED]
Action Required