"The world is unfair and unjust."

Is someone without his emotions can still be called 'human'? Or is one abnormal? Somehow, not everyone that appears to look human can't be technically human in this world.

Gin Sakato, a high school student finds himself in a normal life that he sought for and obtained. But everything changed just right after he was starting to discover his once lost emotions. With a life changing event, he faces the darkness of the reality and stood with courage, found his own self, found the love that saved him from the chasm and learn what is the reason of his being.

Was it Gin that influenced the people around him, or was it the other way around? Every one of them knows that one thing is for certain—the only constant thing in the world is change. It was the relentless force that led them to their cheers of glee, and cries of regrets. They realized: while there is despair, there is hope; and while there is hope, it does not mean that hopelessness will never fall anew. But in the midst of the storm, Gin, and everyone that clung to hope continued to push forward in their normal life and world.

The story continues in Rainbow of the Horizon. 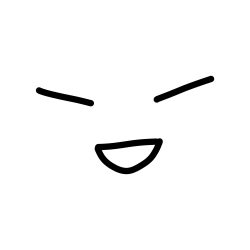 Sakura Is Reincarnated- Naruto Edition
By Love4NovelGuy
Inspired by the Naruto Is Reincarnated fanfic on Webnovel. A story of how Sakura sent herself back in time after the Fifth Great Ninja War and vows to change everything for the better. To do so, she experimented on herself and created techniques.

The Heroine Who Has Gone Off Track
By SerenityLake
Christian Yi was a stone-cold Special Ops officer in the military. Living his life with a gun almost always pointing at his back, he never let himself relax and managed to always safely come back. He believed that his luck would last forever, only

World Creators
By HeartPiercingSpear
Our MC is a common University student, perusing his bachelor’s. One day he installs a new app on his phone. It’s description read “Create your very own world & explore various mysteries, all to your heart
Action Required