Chu Jiayi is not just the typical son of a nobleman or the poor orphan who randomly transmigrates to a better world. He is the greatest beauty of the Shouka Empire, besides being a talented cultivator and having a rare lineage, along with a special body. Chu Jiayi had fame, fortune and various beauties at his disposal!

Of course, everything would be perfect, if he had not been enchanted by a man, but not by any man, but the man who is destined to be the hero of this world or the typical MC, finally Chu Jiayi realized that he was just a cannon fodder for a poorly made plot by a shameless author who liked stallion Web Novels!

Even your little sister was taken by this shameless stallion!

Chu Jiayi died at the hands of a man he really liked, just because of a kiss! Yes, he died a death full of complaints!
However, Heaven is not blind to its pain and suffering, so it has been given a chance to be reborn!

So heaven was once merciful!

When Chu Jiayi awakened again he was no longer in his original body and he is not in the world of martial cultivation either!

Now that he found himself in a different world, with a body similar to his own, with a big, loving family, where robots and giant machines would be a new way humans cultivation, even his name was different, but mostly, he had to face it. the reality that he was an omega!

Transmigrating to another world and another body, then taking revenge on who harmed the original owner?

Alessandra-66: No need to! Your brothers have already solved these problems!

Mu Liang: (...)
So, to reach the pinnacle of power in this world and become a man above all men?

Mu Liang: (...)
So, to improve my powerful family relationship and prevent anyone from destroying my family?

Alessandra-66: Host, do you have a sick mind? You are the fourth imperial prince, also very famous for being the most beautiful of the Interstellar Federation! There are thousands of people who want your favor! Many Alphas and Betas will open stars for your heavenly passage! The omegas admire you as if you were a male god!

Mu Liang: (...)
So, to achieve great beauty, get married and have several children to make my family happy?

Alessandra-66: Well… you're already married! Your husband will come for you, but things will not be simple! Your husband is the third prince Zerg of a long dynasty! He has a permanently cold facial paralysis and is a powerful, blood-covered general! They call him the Battle Devil! Galactic internet rumors say he has been married a few times, but all the women could not stand the great general's XX and all fled away! There are even more perverted rumors…

Alessandra-66: If you die now, your soul will dissipate!

Genre
Boys LoveMartial ArtsMechaRomanceSci-fiSmut
Tags
Beastkin Beautiful Couple Cosmic Wars Cultivation Omegaverse
Show
Table of Contents
Write a Review
Reset Filters
X
Write a Review
You must be logged in to rate and post a review. Register an account to get started. 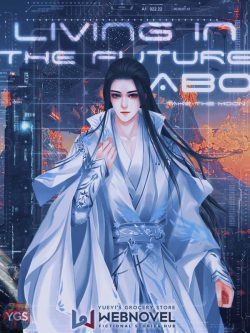 The Ill-Star Traitor (BL, 18+)
By Lily_is_black
Warning: This story includes rape, confinement and lots of smut. Gong/Seme: loves to tease and has some issues. Shou/Uke: I’m not that evil, so he will have a ‘happy’ ending. Story summary: Luo Min didn&#

Convergence of Fates
By ioriangel
After being rescued by an Assurian scientist, Fenicia Kranicar wakes up panicked, afraid and very angry. Her plans to escape must be put on hold when she learns that dangerous mercenaries are about to attack the space station she is on. The half A

Suddenly Reincarnated Into a World of Mecha Game?!! Let’s Build Our Ideal Mecha Using Knowledge of Past Life~
By Raysena
A researcher with a passion for mecha robots suddenly died. It was probably cardiac arrest from overworking his body. He regretted a bit not knowing how he died though. (probably) Fortunately a kind hearted and gentle Kami-sama g