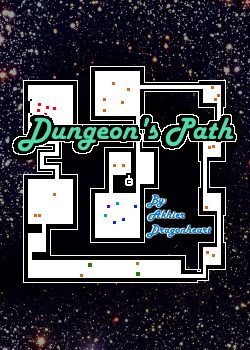 The only places I have posted the story and allow it to exist are on RoyalRoad, Scribblehub, and my Patreon.

So the world ended. Whoopsie? We didn’t even see it coming. Quite literally as it came at us faster than the speed of light. Don’t worry though, it got better. Also, I am not joking about the world ending. Most people say that and mean humans are inconvenienced for some reason. Nope, all matter disintegrated at the atomic scale there for a few moments. Apparently the local universe wasn’t actually stable? Don’t ask me to go into too much detail. It would require both of us to have a few more college degrees than sense and I at least lack them (both the degrees and the sense). Anyway, the energy/matter/wibbly wobbly strings were at a local minimum and not the universal minimum. Basically, what we took for sea level was actually a nice little mountain lake and when the dam busted so did, well, everything.
Now here is where things go a bit off track with what normal meant before. You see magic is real, qi is real, gods are real. Not on old Earth mind you but souls don’t pay much attention to time and space so we dreamed of it. In fact, the closer the shift in reality got to Earth the closer our dreams got to the new reality. This is basically me tip toeing around the fact that it was a ‘System Apocalypse’. Reality became a video game, I became a dungeon, and this is my story.

Doyle Huxley just wanted a normal life but as the above might clue you in on that just isn’t in the cards. He gets to experience a “Path Based System Apocalypse” and some early paths he takes, both literally and figuratively, lead to him becoming a dungeon.

The aim is to release chapters once a week on Friday

Cursing will be avoided and no naughty adult action will take place in the story.

An absolute utter slog. You're basically reading about a guy turned dungeon, people watching. I skipped to chapter 68 to see if things sped up, but nope. 68 chapters, 2 dungeon floors. This story uses a whole lot of words to say a whole lot of nothing. This story should be avoided because it is so mind numbingly boring.

There is no plot. It's one giant info dump that for some reason wants to drag out the info dump for every single chapter.

The only redeeming quality seems to be decent grammar. Now if you'll excuse me, I have to tear my eyeballs out since this guy ruined an entire genre for me. 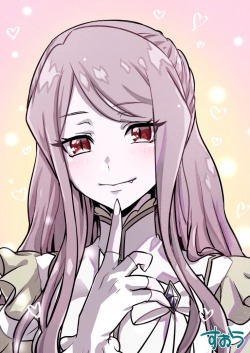 I liked this work, although it was somewhat protracted. In my opinion, the 4.5 is too low and at the same time correct. I have seen works with a similar rating much worse, no, mostly they are just awful. I very rarely open work with a rating below 4.6 and this was one of such exceptions. Usually a score of 4.5 and below means a huge hole in the plot, cardboard characters, poor depth and many other scary things that experienced readers are afraid of. They can be together or separately, as luck would have it. I don't compromise when there is a hole in the plot, the world is poorly designed, or the characters are cardboard. However, there is one exception, and that is stretching. The main complaint is that in the thirtieth chapter, he is not yet a demigod. For me, there are no obvious problems here other than being stretched, I have enough patience and a slow pace provides a more complete immersion. For those who, like me, are not afraid of this, read it with pleasure. This is why I say the 4.5 rating is both too low and too correct. Thanks google translator

Very high quality story. The grammar is spot on.

The writing style can seem like a series of info dump at times (mostly at the beginning) but it is not overwhelming and quickly becomes part of the experience.

The characters feel real, the world and setting are complex and perfectly make sense.
We are always kept wondering what they will do or future path they will get.

The best novel out there on scribblehub (according to my tastes at least). The world building is spot on. Many people will hate it for having waaaay tooo much of extra info that probably is not even needed but cause the author said he is just opening his hands while writing this novel so its kinda understandable (or fr just stop TELLING US ABOUT UNNECESSARY STUFF). I would really like author to have to story go a but fast if possible or atleast give us 2-4 chapters a week cause even after a month of waiting all u get it 4 chapters that are just stuck at the same point of story. This novel is for people who can wait for the chapter each week and still have fun by not progressing the story. If the author continues to write this novel it will take atleast 1000+ chapters for it to actually complete and lets be honest getting 1 chapter a week will take like forever for it to reach 1000 chapters and I am daam sure the author is gonna loose interest and just stop writing and thats just sad cause if people actually follow along with author and keep reading the novel for like 10 years of ur life just to have it dropped by author its just idk what to even say.

Aggg, so good... But there is so little... Honestly, I think the pace of the novel is perfect "the world" is also amazing, it leaves a lot of possibilities for the future, we hope the author continues to do a good job literally the only problem I see in the novel is that there are few songs that go for the 100 and even the third floor and that’s why I don’t say I would like to be on the 50 or 100 floor like that as it is, it is perfect but with few ch the only reason I didn't read it before is because there are few ch and what bothers me the most is finding a novel as good as this and I end up having a lot of fun quickly.

An excellent story with high quality writing and (as far as I can tell) good grammar.

Most of the stuff has at least some degree of in-world logic behind it so the flow feels pretty natural (and not forced by plot like many other stories).

One of the downsides (for some at least) might be that there might be too much info dumping for everyone's tastes. I personally enjoy it but it might annoy some. 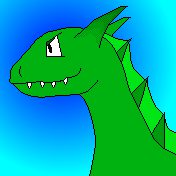 I eat all i want
By Idunnoman
Tommy was just, and ordinary not until he died while trying to save a dog from a truck. And got reincarnated as a ash wolf. Please don’t butcher me My English isn’t good so if you spot any mistakes please tell me.
Action Required