In a magic world on the verge of an industrial revolution, Ari Ragnarsson must uncover the truth behind his parents' disappearance. They were part of an organization known as the Order, which protects mankind from various threats - both human and supernatural.

Now, after Ari's brands finally manifested, he leaves the safety of his village and travels to the continent to learn how to control his powers. For strength is all the matters in this world.

There, he meets a man from another world, who's being hunted for the crime of existing. Their fates become intertwined, but not in a way either of them would like.

This is a progression fantasy story with LITRPG elements sprinkled on top. The main character isn't your typical spellsword, but a summoner/support mage hybrid. He wasn't ambushed by a random god, so there's no cheat item/spell and he has to rely on his skills and wits to survive in a world full of monsters. Also, the story revolves around a party dynamic akin to RPG sessions.

Non-native novice writer - some iffy wording and grammar issues may/will appear.
No Harem.
No health/mana bars. Numbers are secondary and the LITRPG elements focus more on classes/spells/runes and their evolutions.
Tables are sparse at the beginning, but from chapter 7 onwards they appear more often. Still, I won't be copy-pasting the whole character sheet dozens of times per chapter.
New chapters are released twice per week - on Sunday and Thursday, each ~2500 words.
This story is also available at royalroad.com 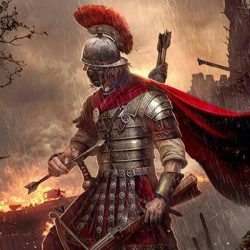 The Ulfhedinn of Dueling School
By HokuouTenrou
In the future, where magitek is a part of daily life and dueling is a popular sport, one boy from a remote village in Iceland entered the most prestigious Duel Academy, hoping to see the world and be the best, strongest duelist ever. En gard

LOGIK: Slow Healing Life Online
By flucket
By the year 20XX, VR technology had sufficiently developed to become mainstream, as well as fix many of the movement issues that existed in its early games. However the price was still far beyond affordable, so the games that came to thrive on the
Action Required