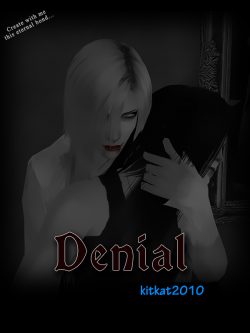 Please pay attention to the genre tags - this story has sensitive topics!

In the modern world, where vampires roam secretly under the radar of human eyes, we meet a half-vampire struggling with a condition called Denial.
It is said that a half-blood with this disease has not tasted the blood of their immortal creator. It is a condition of depression, anxiety, and helplessness. One that eventually leads to death.
Mikael Krauss has struggled with his denial for decades before meeting an elder vampyre that promises to help him with his affliction by forming a blood bond. Little does he know, the vampyre Lucious holds the secret to releasing him of denial once and for all.
During this first series, we follow Mikael on his quest to understand denial and the vampire world with Lucious's guidance. A world of truth, lies, and the realization of love even among the most carnal beasts.

Author note: I am moving this story over from Wattpad due to content. There are header images in each chapter. This story was first written in 2009. It's been recently edited.

Updates: I will try to release this entire web series by Summer 2020. There is no set release date for chapters, but it's already complete. 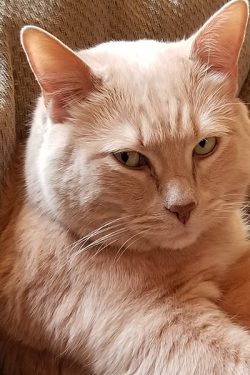 I transmigrated to the body of an insignificant character from a Dark BL novel!
By I_Love_Cats
Lee Fei is a normal 30-year-old man who has a good job as a librarian at the National University in China. He is an avid reader and has always read everything, including BL and GL, even though he declares himself 100% straight. He died just

Surviving the apocalypse as a vampire! manxmanxman BL
By ViviCris
The apocalypse came; firstly only with the side effects of another world war, the radioactive making people sick and poisoning the air and food, but then the zombies came. And they hit hard against an already fragile humankind. Not tha

[BL] The Emperor and the Tree
By Queenfisher
What a wrong way to reincarnate after being murdered by one’s best friend! Nekohiko’s throat was slit as he was ascending his throne as the Supreme Divine Emperor. A moment later, his murderer claimed that very throne for himsel
Action Required