Ashkavir is a piece of broken landmass with divided continents. The Monsters Rise!

In the Icy Plains, the hibernating Frost Giants awaken from their thousands of years of slumber.

In a place beyond their reality, Strange Monsters stand behind a Gate, waiting for their opportunity to come out and devour all life.

Demons plagued the south with their mind warping powers. Throwing hordes of Beasts at the southern border. Now, more than ever before, the threat of extinction hovers.

In between these horrifying forces of nature, the humans rules their lands with an iron fist. The smoke of treachery and conspiracy hide the the truth of the past.
With years of bloody feuds between the seats of power, how the divided sides of humanity tackle the threats on the horizon that want to consume them all? 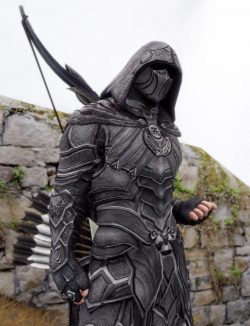 Now to the review.

Like I left off, this is a wow story. I am even sad that it doesn't even have much traction of people who are fan of Cultivation novels. But besides that, the way the author decided to tell the story was genius in my opinion.

Because this is a Cultivation novel right? There are hundreds of people who have taken the genre and try to write their own story. The thing is that they copy the style of telling the story. An example would be one of the most famous, Savage Divinity. Not hating on it, but novels like that they just copy the Chinese version and give it their touch. There's practically no different from what a translator bring to what these author write.

This one however is different. I can't even remember how many times I mentioned in one of the comments. The way the author decided to write it is completely new and not because of the different POV but more of the characters interpretation. That's why the way information is handle is genius.

Like in one character would know what the other doesn't but then later that character would learn about it but wouldn't have the same version or interpretation of the information we the readers already have.

Just having those different POV and them having their interpretation of say world just bring the world alive. Because even we in the real world can have the same information but we can see it through different lanses.

The plots? Well there are a ton. I was even surprise how much conflict there is and how much tension the author created without us the readers even knowing. The point of him using outside information of some situation happening later was pretty good.

Let me explain that. So there's a problem occuring in the southern border of the world but the MC doesn't know about it. He doesn't even mentioned it nor no one close to him make it aware of what is happening. We only learn because one of the characters is involved with the problem and needs to break his head to resolve it. We readers know that this would be a conflict that we would need to tackle. That is a goal in the future but the author doesn't give the news to the MC.

These information handle to outside means put the world alive. Even though there's a MC that everything seems to revolves around him there no urgency to give him that information and put a goal on his shoulder.

It's through this way of story telling that let me binge eighteen chapter in one sitting.

The grammar is great. There needs some editing because of some awkward sentences but isn't bad or annoying. The descriptive way of the writing not only draw the story in your mind but the way he handles the details like sounds, smell and directions paint the world in your mind. Like a I say not a publisher perfect but better than a lot of top trending novels out there.

Cultivation wise. Damn just read it. Not even going to mention it.

Plot wise, like I said there are so many and not in a confusion way. It helps you as that brings the world alive. There are the plot of some danger from the Frost Giants, a place were I bet we be heading soon call the Gate where these Monsters reside. In the southern border there seems to be a war raging on with Beast. All these plots were sprinkle throughout the chapters and information distribution handle perfectly. Mind you that all these information are handle through different characters and so we have their own interpretation so we can't trust the truth a hundred percent and we need to come up with our own answer base on the information currently available.

While all that was happening we have the whole feud of Nobles with Marital Clans and the hypocrites from the Church. There's just so much that the world just fill alive.

Another is the cryptic way of writing that put him aside from all the Cultivation novels out there. Like there's something that happens in the beginning. A rain that isn't supposed to happen in a northern place where the story start. Is irrelevant as we readers don't pay attention to. We just deem it as an aspect of the fantasy world but then a Character mention the weirdness of the event. That that was the fourth time that have rain. Then later we see the POV of the MC and see what he was doing when the rain start and later put the pieces together when we put what the MC was doing at the time and the other time number four was mentioned.

The story is filled with thing like that. Clues and information that can be a word long, a number clue or a sentence long that can give a whole context of information. Like I said this is a Cultivation novel but is so damn different that if I never even heard the word Martial, Cultivation or anything of the like I would think this was a epic fantasy from Western polished novels.

That's all I am gonna say before I start spoiling the series for anyone. Just read it, in my opinion the story is awesome and deserve a lot of attention. Specialty to the fan base that love xianxian. The different way of story telling here would be making you ask if this is a xianxian story because if there was no talking about the Cultivation system you would even forget that it was one.

Well, not much to say..., if you like OP and mysterious MC, with harem (only possibility) of strong women in their own way (not only physically), with ancient fantasy setting with kingdoms and tribes with mix of martial schools.... then just read this, no need to think twice, with the fluid grammar, enchancing your reading!

Well, I'm sure that many dropped this novel off right at the first chapter, with the cryptic situation and long wall of text... but, the world's condition will be revealed bit by bit, not auto info dump... and as for the long paragraph, the author has broken them down on the latest chapter, easier to read now! 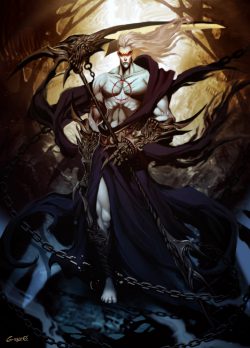 Dungeon of the Damned
By Hobo_With_A_Scythe
Nero was the pope of the church of silence, a cult and terrorist organization as branded by the government authorities. When he was finally apprehended by the police, he was sentenced to death for his various crimes which included terror attacks a

SCP Gacha System In A Cultivation World
By FukinDeadBeat
A young teenage girl has awoken inside some random forest with no idea of who she is, where she is, and what is going on. She will soon discover some answer to her questions while others stay unanswered but there is one thing that she will

The Magic King’s Shadow
By depictus
This is a simple story regarding the rise of this era’s Magic king. But as with any tale concerning the being who sits upon Verlau’s throne, it is one of epic proportions. With stunning feats of bravery and stupendous luck, read as a s

[TR] Xenomorph in a Fantasy World
By PlatinumLotus
Transmigration was always my dearest wish whenever I thought about death. What I failed to consider is that I’d end up as a hostile alien life form in a fantasy world… … It is genderbender, as xenonorphs are indeed dr
Action Required