"You stay here for a while and wait."

Simonne reminded him as he clambered upon a horse along with a middle-aged man, which was the coachman of the carriage, and sat at the saddle. "We're going to check out if there's still some available passes for entering the town of Hollowden. We can't just line up at the town gates for several weeks. You just wait here with the others."

Kaiji nodded. Simonne had already told him about them leaving tomorrow morning just last night while sitting at the campfire to get pass though the long line of people who wanted to enter the town.

The horse neighed, lifting up its forelegs and and galloped up into a dash. It did not take too long before their figures vanished into the far distance.

Kaiji sighed and placed his hands behind his neck, leisurely walking away. "I should just sleep while I await for them."

The owner of the voice came from behind. Kaiji turned his head just to see a few figures of men, all wearing leather armors. They seemed to be all in their middle thirties and had the buff physique. Kaiji recognized them as the people from the carriage, along with the man Simonne had been with, whom were originally the only people of the supply equipage unit.

"We'll be just out for a while and hunt some food for dinner. Can you watch the carriage while we're at it?" One of them stood at the front and spoke. He was the most heftiest and tallest of them all three.

"...Sure." Kaiji hesitated for a moment but eventually agreed. Since they were just going to go get some food, Kaiji definitely has no qualms about it. Actually, he had also been tired of eating only dried meats. He thought that it would be nice to have some fresh meat for once in a while.

The man in the lead nodded at Kaiji's words. "Then we'll go out now." He said as he turned back and slapped the two of his companion's shoulder. "Let's go."

"Hahaha, I won't lose to you this time!"

"You two better be ready. I'll make sure that the both of you will leave out of this forest crying."

The group of men walked towards the edge of the clearing and left, disappearing through the dense woods of the forest.

Kaiji made his last parting glance at where the figures have disappeared at and yawned to himself, placing his hand over his mouth. "I should just go to sleep since there's nothing to do at the moment."

He turned his gaze towards the wooden carriage. "I guess the carriage would be a nice place to sleep."

He had once slept at the ground, full of dirt and grasses and insects at the way before arriving here— and it definitely wasn't a good experience for him.

But Kaiji remembered something and stopped mid-track.

'That's right.' He thought. "Since there really wasn't anything for me to do at the moment, maybe I should try using the Sigil Simonne gave me last night. At least that gives me something fun to do while waiting for them instead of sleeping."

He nodded his head in agreement to his thought.

Kaiji proceeded and entered the carriage, and after a while later emerged out of the door holding a knapsack in his arms. He placed his hand inside the bag, and soon revealed the silver metallic disk item— the Sigil.

"...But how should I suppose to use this thing?"

He held the Sigil in front of his face and checked it by the sides. There was nothing else interesting to it besides the strange-looking symbols embedded upon its surface.

He tried rubbing his palm against the surface of the Sigil.

'I look like an idiot.' he thought to himself. 'Maybe, Simonne was just trying to prank me abou—'

'What was that just now?' He stared at the object on his grasp. He had definitely felt something just now. 'Felt...'

Kaiji closed his eyes and concentrated at the object at his hand, trying to feel that again.

Kaiji suddenly felt that the object at his hand was trying to forcibly suck something out from him. Reflexively, he threw the Sigil away.

Beads cold of sweat poured down his forehead as he anxiously stared at the item he had just threw on the ground. He didn't like that feeling. It was as if his own energy was being sucked out by that thing.

That's right. He remembered just now that Simonne did indeed told him something about the Sigil using the user's own energy to charge up itself for it to be able to use.

Kaiji couldn't help but smile wryly to himself. 'Maybe I should just get used to it', he thought.

Without another hint of hesitation, Kaiji once again picked up the Sigil from the ground and concentrated at it again.

The strange feeling of his energy being sucked once again appeared. Kaiji grimaced at the uncomfortable sensation but forcibly suppressed it and even more tightly held the Sigil in his grasp.

After a minute of holding the Sigil in that kind of state, Kaiji suddenly found the item in his hand bursting with torrential energy. The lights coming from the Sigil drifted through the air, wriggling and twisting into symbols. It didn't took too long for the lights to converged into some kind of ancient runes, but strangely, Kaiji could read it just fine. The glowing runes then placed itself in front of him. 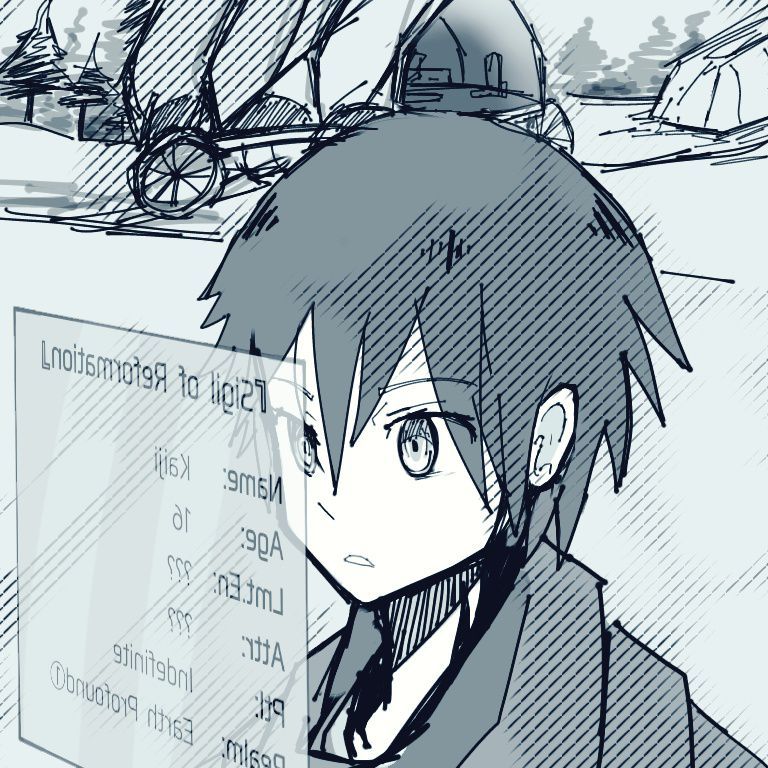 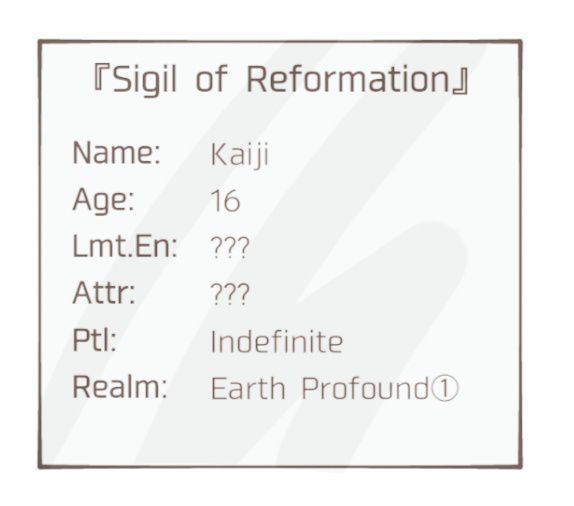