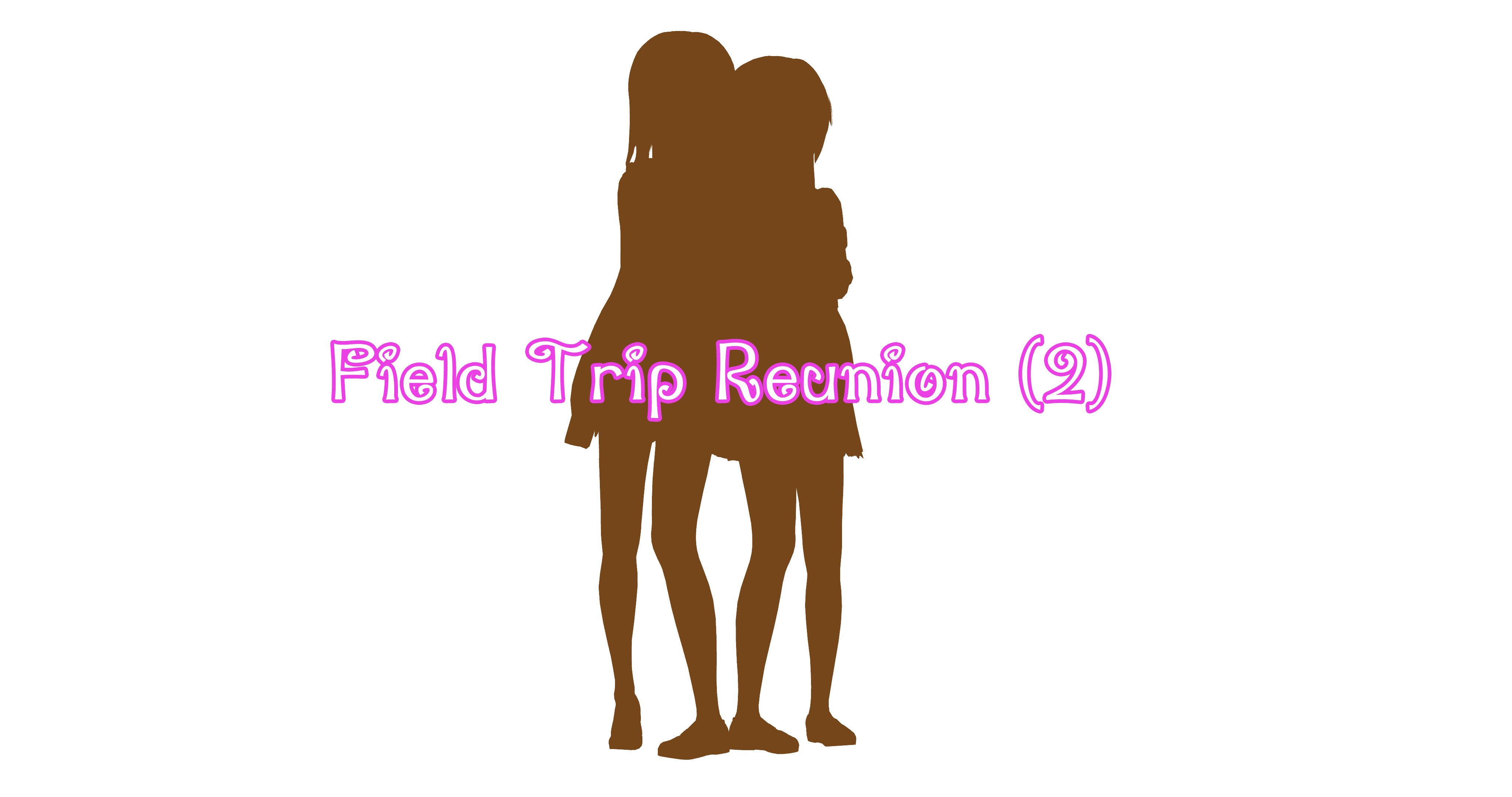 Sora and I walked into the cafeteria. It was packed with boxes and other supplies giving the impression that it’s used for both a storage house and dining hall. The smell of garlic and other assortments wafted in the air. The other students all mumbled about the delicious smells. Some hopped back and forth with excitement. I wasn’t really hungry, but I’ll have some food if anything.

“Hana-chan, let’s get in line before all the good stuff goes!”

Sora pushed me from behind.

We rushed in line, passing up others who were in front of us first. This was a bit embarrassing, but I caved in and seen what they had to offer. Tonight, were two types of curry. Tofu curry and hot chicken curry. I was leaning on the tofu, so I took a plate. When I looked over Sora was grabbing herself a hot chicken curry.

There were bottles of tea in cold containers for us. I took a lemon tea while Sora took an oolong tea. Now with our meals in hand, I followed her to the corner of the room. Tables were sprawled about in the shape of rectangles, enough to fit about six or seven students at one. There I sat on a bench. That’s when I got a text…

It was mom…my other mom telling me to make sure I eat. Slightly annoyed I sent back a reply, “I know mom.” Before closing my phone.

I turned to Sora who’s eyeing my tofu curry. Even though she got chicken she’s hawking over mine.

“But you got yours.”

“Yeah, but we have different stuff! Why not get the best of both worlds?”

So, I lift my spoon and gave her a portion of my tofu curry. Sora takes a bite and rubs the side of her mouth like she has a toothache or something.

She cries with a hop. Then she took hers and does the same.

“C’mon! Your mom told me to make sure you eat!”

Reluctantly, I take a bite of the food. It was pretty spicey causing me to open my lemon tea immediately and wash it down.

Sora teased as she took a bite herself while giggling.

That’s when this fun moment between me and my best friend was ruined. There in front of us was Suzu-san. Her bun held on as she tilted her head to the side.

I look towards the food court to see Yui-san in the middle of picking out her meal. It didn’t take a mastermind to figure out that’s who she was talking about.

Sora-chan hopped up and took the initiative. I didn’t say a word. I just continued to pick at my meal. When I glanced up, I saw Suzu with the same combination as Sora. Spicey chicken curry with oolong tea.

Back in our old group, Suzu-san and Sora-chan were always the two competitors. They would battle over the smallest of things, but they weren’t rivals or anything that ill-natured. No, they were just great friends who enjoyed each other’s company…From the outside veering into them I could easily call them…best friends.

I then looked up to see Yui. She had the same combination as I did…not to my surprise. She got the Tofu Curry with lemon tea.

Sora teased. Yui-san, however reluctantly, sat across from me. There we were…in silence. Suzu and Sora already broke the ice, enjoying their time talking about sports. Yui picked at her meal like I did with mine. It was…disturbing how much we complimented each other.

Yui-san spoke up as her eyes danced across the table.

“…Have you kept up with A Lonely Howl in the Dark Night?”

I stopped eating. How I…wanted to just finish my meal and leave as soon as I was done…but Yui was being cruel to me.

“Oh…did you finish the last volume?”

I stopped and Yui-san did too.

We cranked our heads to see Sora-chan and Suzu-san snickering our way. This was something that always happened in the past. Yui-san and I would get engrossed in a story and get louder, interrupting any conversation between the others. It was so normal, so perfect that it made me sick…

Yui-san confessed as she leaned back down and continued eating. A bit annoyed I did the same without a word. Sora-chan and Suzu-san resumed their conversation but the one between my other half was already broken beyond repair. Both of them seemed so happy too. But then again, the fight didn’t involve them at all. Now that I look back on it the only people who were truly affected were me….and Sakura-san. Sora wanted me to make up with them…but them treating it like it never happened is what’s causing this friction so instead, I looked up at Yui-san.

“What happened to Sakura-san guys?” 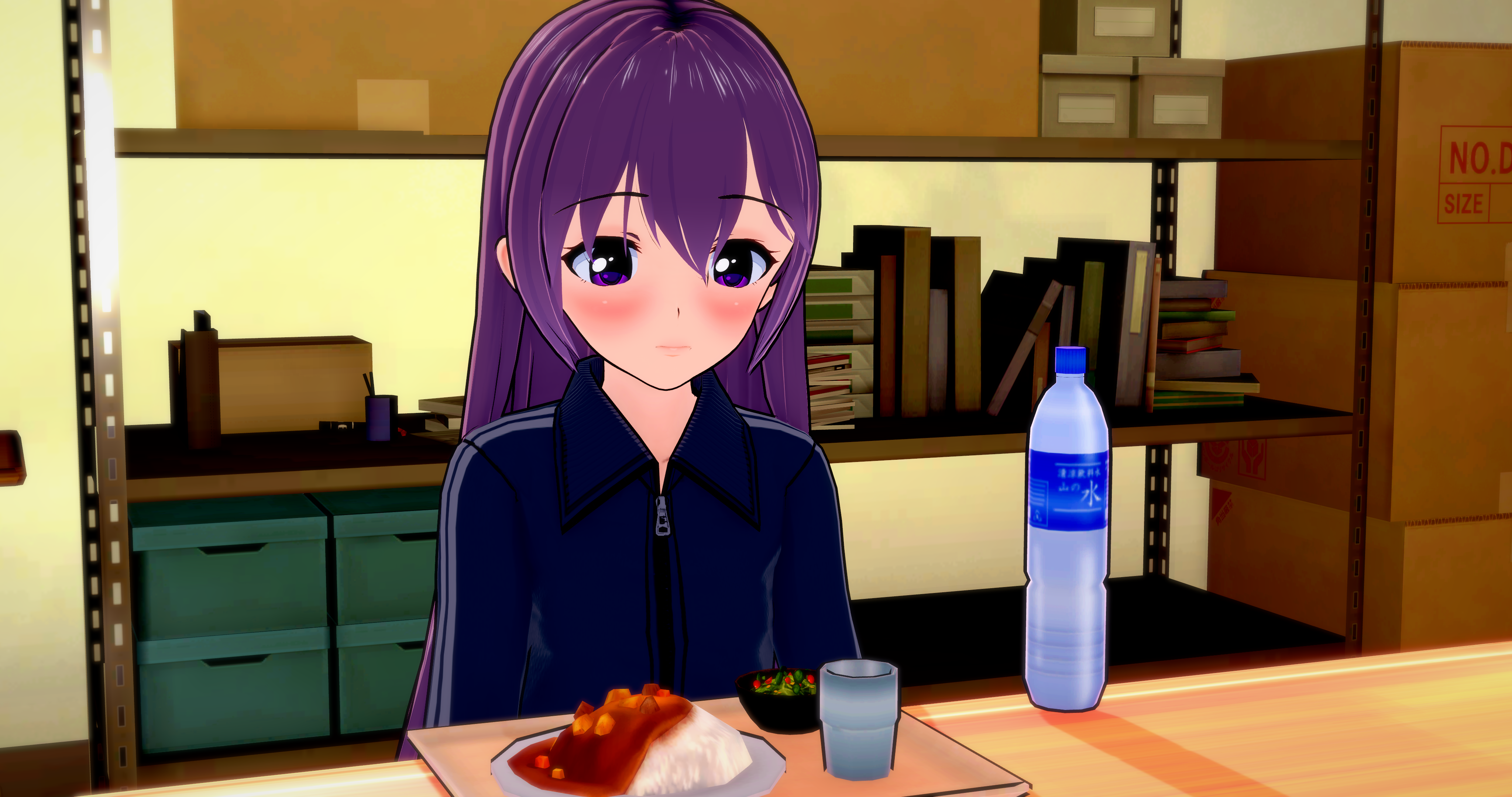 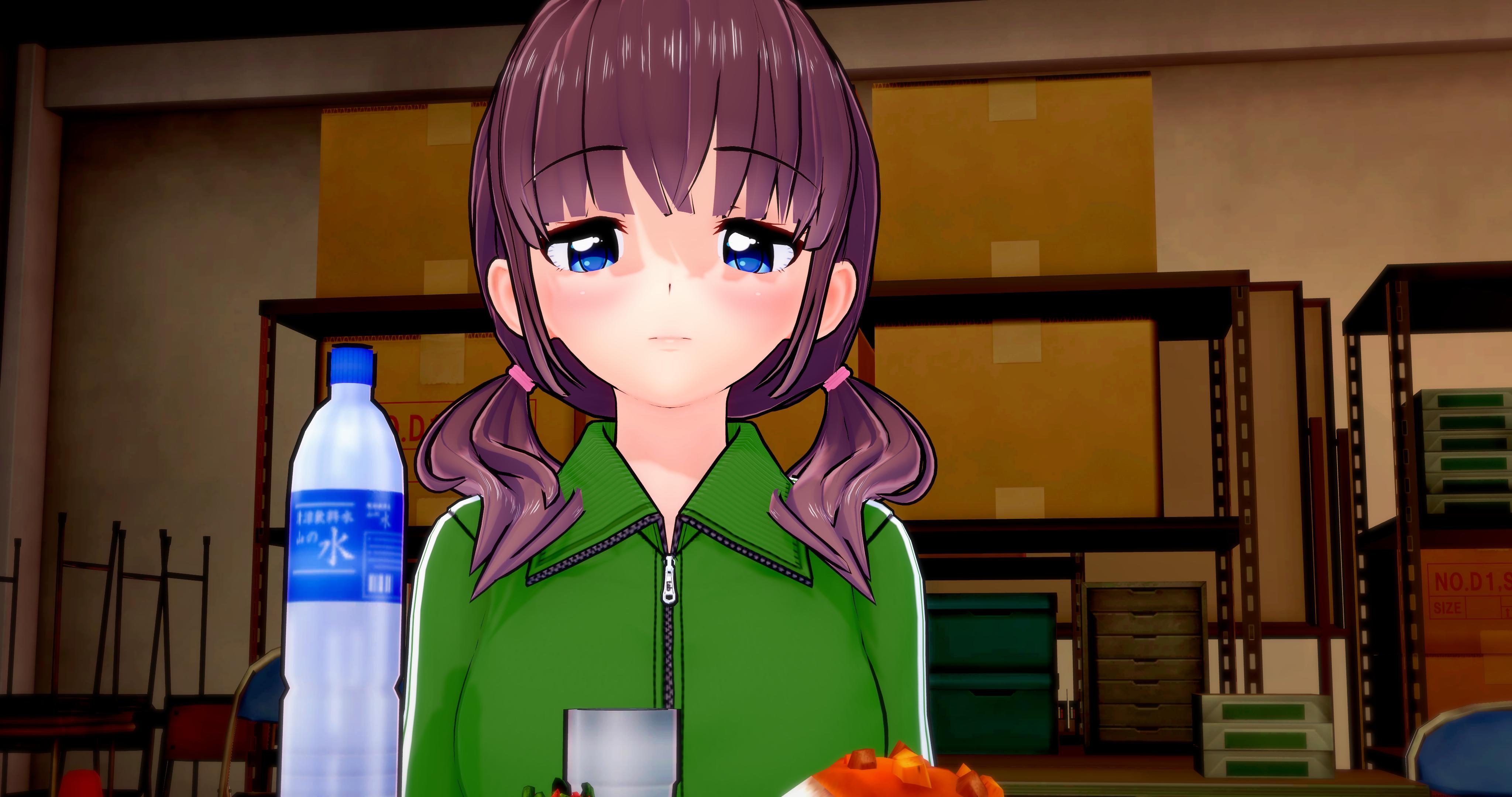 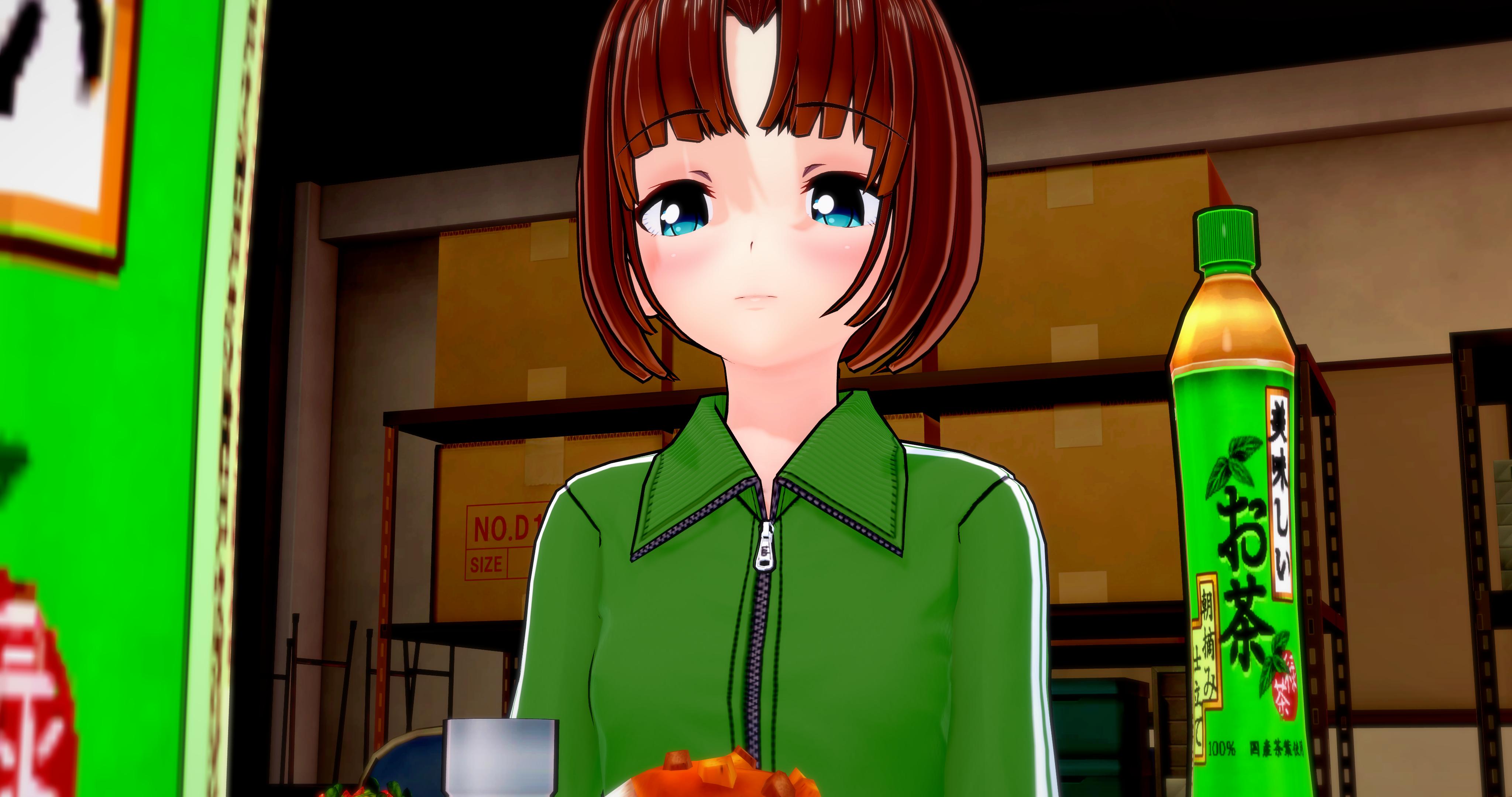 Everyone got quiet as they stared at me. I needed to know…what happened after our group faded away…Suzu-san was the first to reply.

“She went to a different middle school…”

“Do you guys keep in touch with her?”

With her arms crossed, Suzu-san glanced at me.

“A few weeks before graduation…she got sick of us. Something about…The group not being as fun with only us around.”

When I thought back to that time it only being Yui-san and Suzu-san…might have taken a hit on the morale. Suzu-san and Yui-san, despite being friends share lots of different interests. Sakura was always the “leader” per se, but her interest varied from all of us too. She was only the main core because she made herself out to be.

I lifted my head back to them now with my resolve.

“My mom is still with her girlfriend, does that bother either of you?”

Yui-san tilted her head at me then softly her voice filtered into my ears.

The timid Yui then turned to Suzu-san. Their eyes connected before her counterpart gazed back at me.

“…Hana-san, it didn’t bother me either. Of course, at that age, I wasn’t sure what any of that meant…”

Yui-san spoke, earning a head tilt from me.

Suzu-san then took a sigh and steeled her body upright. With a finger in the air, she pointed out sternly… 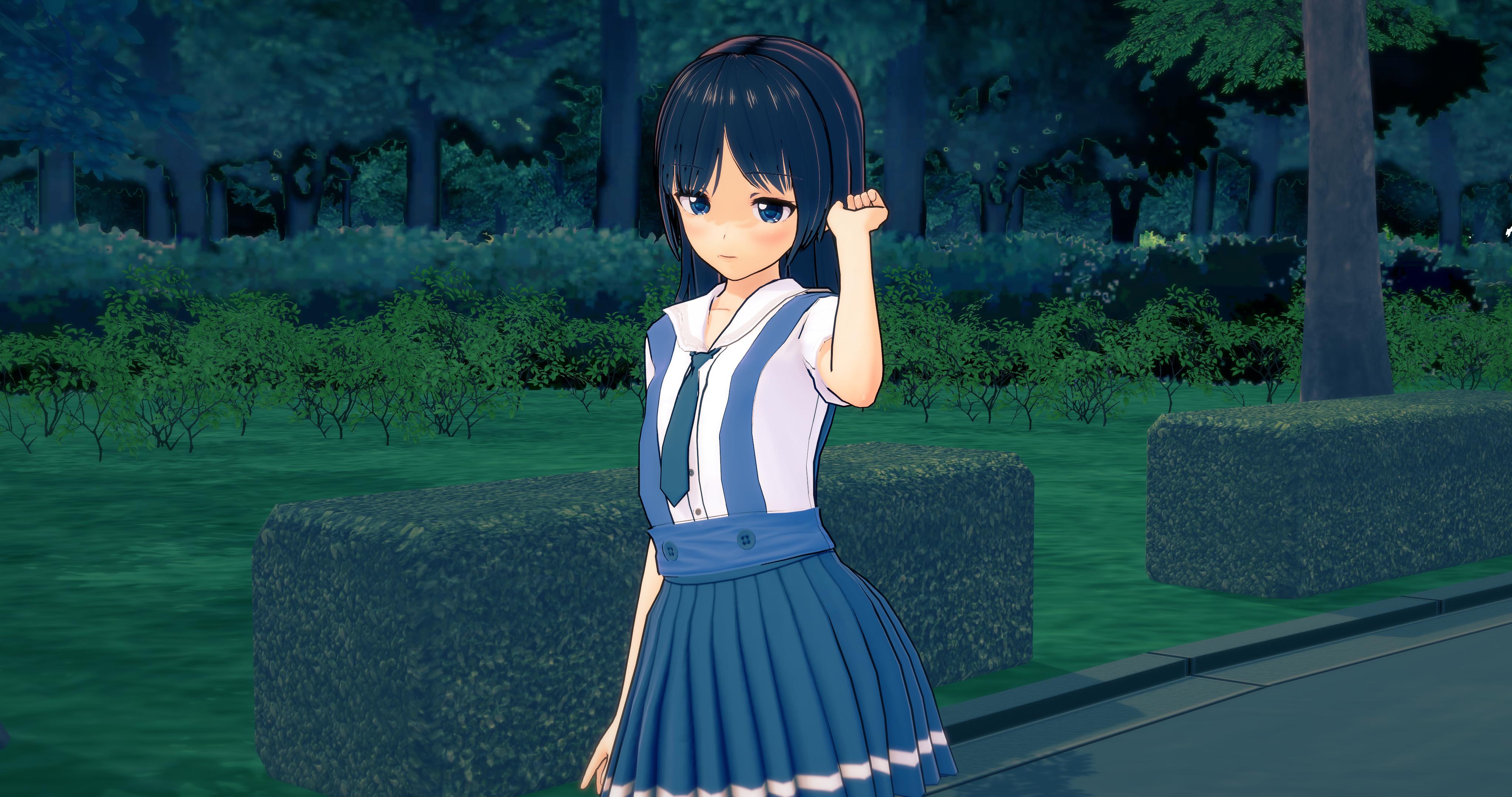 “She was short-tempered and extremely petty…”

The image of Sakura-san filtered back into my memory. Her short dark hair mirrored her short-sightedness. She always made herself out to be the hotshot of the group but now that I looked back, she wasn't all that pleasant to be around. Like mist she vanished, bringing my thoughts back to the group. Suzu-san then turned back to me. We met eyes but she then veered them off to the side as she bit into her spicey tofu.

“But…I think she wanted to apologize to you… in the end, Hana-san.”

Everyone went silent…Nobody wanted to speak…or all the words that we could muster finally waterfalled out leaving us all with nothing but our self-reflection.

That’s when the silence shattered. It wasn’t from Suzu-san who I expected to take the initiative, it was Yui-san. My mouth opened as she finally said the words I wanted to hear for all that time. So, I opened my lips parted…only to be greeted with salty tears.

Now I must have looked pathetic. Here I was in the middle of dinner tearing up over something that happened years ago. I wasn’t happy, I wasn’t sad…I was frustrated that it took this long for someone to say something. How…I hated this side of myself to hold a grudge. But after seeing my mom…and Ayumi together and knowing there are people out there who’d want to hurt them…for loving each other. They make me so angry…

“We…both wanted to apologize earlier that same day but…”

“I didn’t know how to approach you Hana-san…and Yui-chan, being herself, was too timid to try. It’s not like we shared a bunch in common, you know?”

They both gazed to the side. In their eyes, I could see a hint of guilt as they wouldn’t meet mine.

I’ve been looking at this entire situation from my perspective. One that Suzu-san and Yui-san were never my friends. No, they certainly might have wanted to continue being my friends and step up to Sakura but as Suzu-san said, Yui-san is timid and Suzu-san and I don’t share as common of interest as Yui-san and I. But then…why did Sora stick up for me? It’s not like we shared much in common either.

I leaned down towards the wooden table. Now my tofu curry was mixing with my nasty tears making me feel nauseous…Nothing made sense then. If Yui-san, whom I share the most in common with wouldn’t try to stand by my side…Then suddenly a felt pressure hit the side of my cheek. I glanced over to see her, my best friend holding her hand towards me. She brushed her sweet hand calmingly along my face. 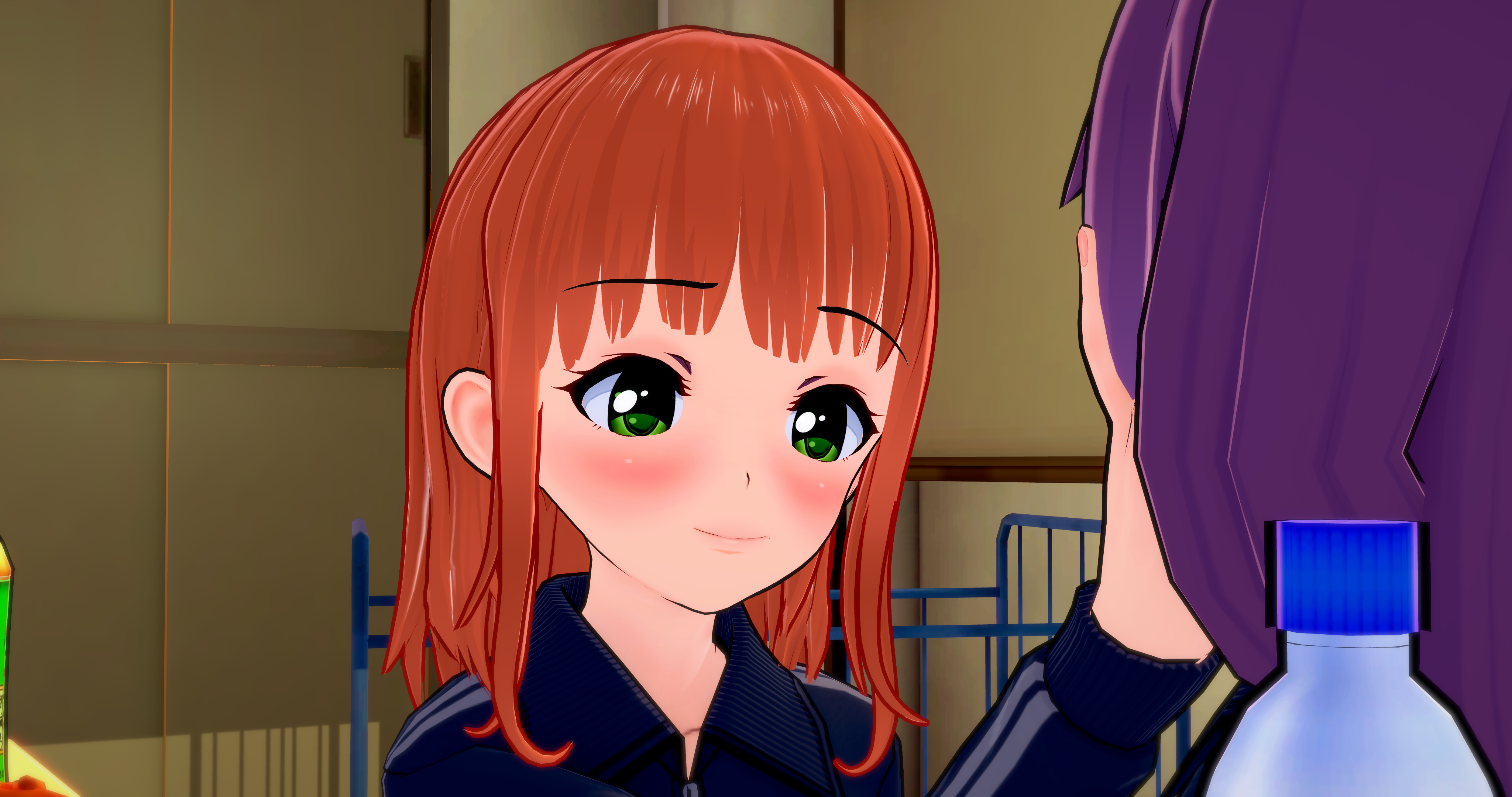 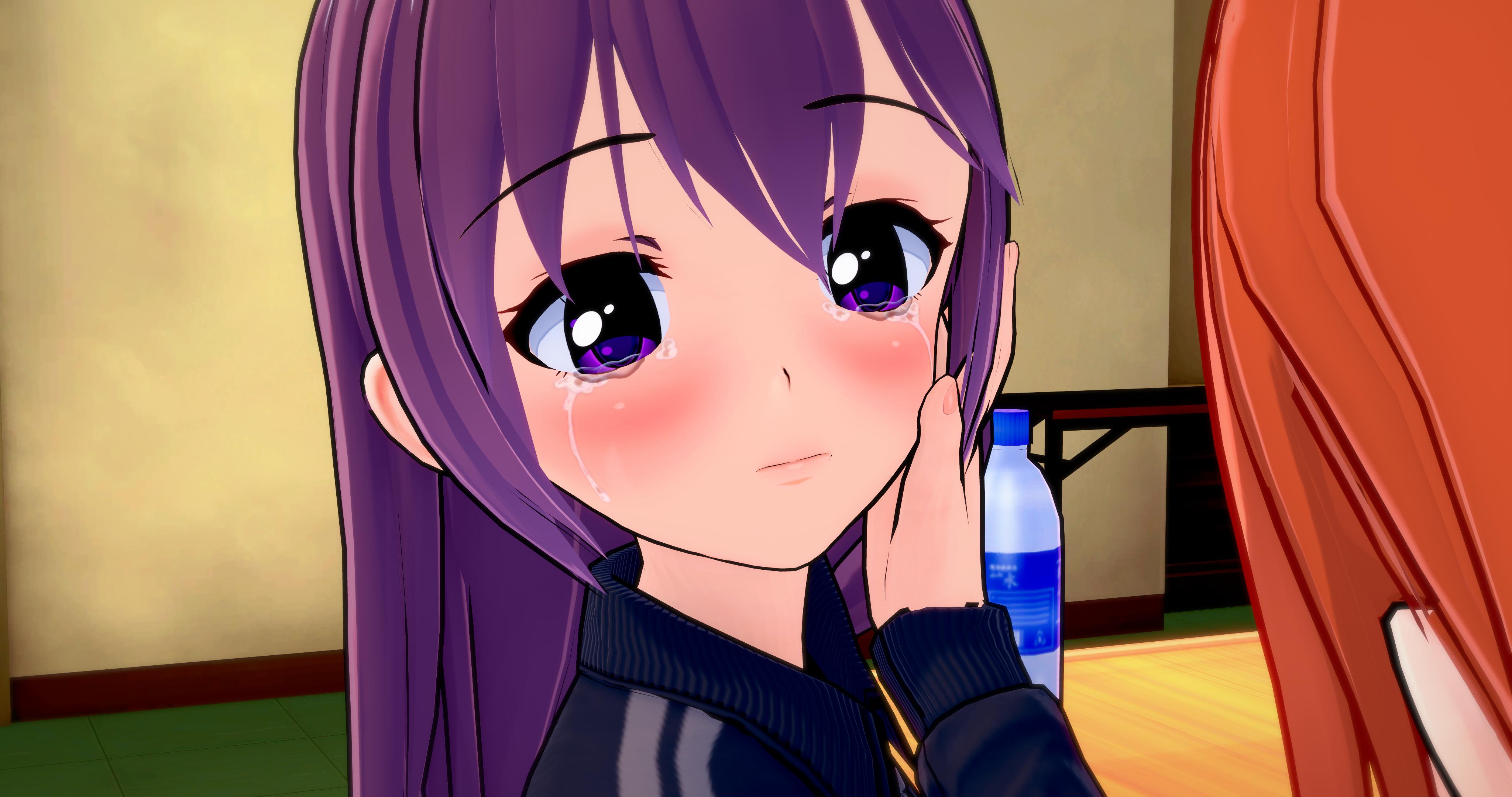 She chanted silently. My fingers trembled as my lips quivered. Despite me acting like an unruly child…my best friend was sticking by me as she’d promised. Just like she’d promised. That’s when it hit me…

A person who would stick up for others without bias.

“…I’m glad to finally hear that from you both.”

I forced it out among the assault of tears. It wanted it to stay hidden deep within my soul but the truth of my feelings came out. No matter how embarrassed I felt, it needed to be said no matter what.

Yui-san gasped, holding her hands up to her lips.

Suzu-san exhaled in seeming relief. She rubbed the back of her head with that charming smile of hers.

Sora then removed soft hand away from my cheek. The cool October breeze danced across my face now.

“Now, with all that settled, let’s catch up guys.”

We all smiled and continued eating our meal. I, however, was already full and sat there peacefully sipping my tea. Sora started her conversations with Yui -san and Suzu-san as I just listened in. Something in me was...calming down now…

All thanks to her…