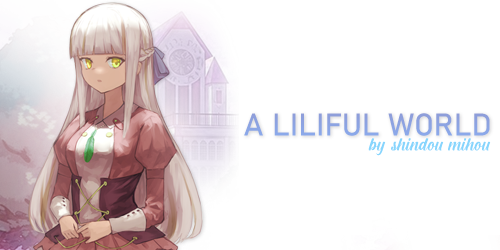 “Your defense spell is quite strong, Mama,” Crystal looked at me with a bitter smile, she was worried a little while ago but now that she had seen me unaffected, she looked a little bitter which was adorable as I hugged her tightly.

“It isn’t like your attack was weak, it was enough to break the first layer which could repel an entire barrage of attacks from a level eighty for an hour according to my calculations,” I kissed the little girl’s forehead before she averted her gaze.

Crystal was quite powerful especially with that Holy attribute which is the absolute nemesis of a Vampire even for a Vampire Empress like me. It might also be the reason why the first layer couldn’t keep up with defending her attack since Holy Magic naturally weakens the power of Blood Magic.

“You seem like an invincible fortress with that defensive array, it even covers all your sides which makes it impossible to ambush you,” Kaori smiled wryly, “Do you mind if I test the strength of the array with my strongest offensive spell?”

“That is fine for me since I also don’t know how much damage the other layers can take before they surrender, though you don’t have to worry about Crystal being here since I will repel any attack that will come near her,” I said before she nodded.

After taking a long sip of her tea, she soon stood up before an intense amount of mana exploded around her which caused the other servants inside the house to be surprised as they look out from the window. They can’t see much with the barrier, but they could feel the mana increasing.

“Take this!” Kaori shouted before she summoned thousands of swords around all sides of the barrier, all of them were positioned in a way that they wouldn’t hit Mana and Flora and after a second, all the swords came flying towards my direction.

The swords collided with the defensive array, causing a heavy shockwave to explode around the location. It had enough force to cause wind around me to vanish, the attack continued for a minute before the second layer exploded as even more force came from the attack, clashing with the next layer and instantly causing it to explode.

But the attack ended with the third layer as the thousands of swords were suddenly struck with an equal number of shards that seemed to have come from [Blood Magic: Reflection] which kind of surprised me since I never thought the spell would be able to reflect that much of force.

Kaori could only look at me with a shocked look as she showed a pout, “What the hell is that defensive array?! You said it was only defensive but how the heck does a defensive array cause all of my swords to crack at the same time?!”

“It was a defensive spell from Blood Magic which is called Reflection, you should know about it since you were also with me when we created the spell,” I replied before her cheeks puffed even more as I dispelled the defensive array, placing the sparkling Crystal on the floor, “Though I didn’t expect it to be able to reflect the entire force from that attack.”

“How about you Mana, do you want to test your abilities?” I looked at Mana who shook her head.

“I can’t even beat Kaori at my full power, let alone the defensive array of yours,” she replied with a wry smile as Flora looked at me with a bit of a gaze. Her gaze was telling me that she really wanted to try but she must have understood that her powers wouldn’t even reach Kaori’s level.

“How about we head to the dungeon already?” Kaori suggested, “I want to speed up the recovery and upgrade of my swords by using orichalcum, though I might be a bit of dead weight for a little while in the battle, it shouldn’t be a problem with Ayumi, right?”

“You are essentially telling me to go make all the opponents extinct, aren’t you?” I laughed before nodding, “I don’t mind though since my current form is a little bit hungry for blood and battle right now… if I don’t give it blood soon, who knows what might happen?”

I wasn’t lying with that… I could feel my entire body heat up each passing minute, it could be because I used a lot of Blood Magic spell to create the defensive array without replenishing the blood used. That was part of the specification for the Vampire race back on Solis, you would have a bar for blood instead of mana on the game which is used to cast spells.

If that blood bar goes red then you would enter hysteria mode where you would try to suck the health points of the people near you to replenish your blood bar though I can tell that I wasn’t on the red but around the start of the yellow zone which meant that I still have plenty of time to go around and recover the blood.

“You would definitely be sucking both of our blood at night if you were to sleep with us on your vampire form,” Mana showed a bitter laugh, “Though I am also interested in how a dungeon looks, so how about we head there now?”

“I am interested as well!” Crystal showed her sparkling interest as she rose her hand before looking at Flora, “Even Elder Sister wants to go now.”

“Then let’s head there immediately, all of you can gather near me so I can quickly open and close the dimensional crack,” Kaori said before I looked at Fiona who had been quiet the entire time.

She immediately understood my cue and the two of us walked towards Kaori’s side along with the others before she summoned her dimensional sword which looked incredibly beautiful now. It was a sword with a blade that looked like the entire universe in a katana form.

After taking out her sword, she swung it vertically creating a spatial crack as she said, “Head inside immediately, it should transport all of us to the entrance of the dungeon within a second.”

“You have quite the wife, my lady… to think that I would see someone who can slice through space itself,” Fiona laughed inside my mind as I showed a smile before the two of us went inside the crack together with Flora and the others.

The feeling of our surroundings distorting struck me for a second before our entire surroundings changed to that of a forest. All of us were standing in front of a cave that carried an ominous feeling around it, the little girls were already trembling a bit from the ominous aura.

“Are you two afraid?” I looked at Crystal and Flora and asked.

Crystal nodded while Flora averted her gaze, she was quite prideful compared to Crystal, but you can tell from her ears that she was indeed afraid of the cave as Kaori came out from the spatial crack just before it closed.

“This is the dungeon, once you take a step inside the cave, it should tell you that you have entered the dungeon,” she said, “Though since the dungeon is pretty strong, Ayumi will have to be at the front-line while the two girls can stay at the middle, surrounded by the rest of us.”

“You don’t have to worry about that,” Kaori said before she flicked her finger as two blue phantom swords appeared in front of Crystal and Mana, vanishing soon after as Kaori smiled, “I have finished casting mine, it should activate and cause a rain of phantom swords to surround them if it senses danger approaching them.”

“Let me do mine as well,” Mana said before she took out her flute and placed her lips on the flute.

After her lips were on the flute, a tremendous aura exploded from her. The aura was not made out of mana but of another force which seemed to be ‘The Melodic Force’ which was a special force that should exist only for ‘The Saint of Melodies’ back on Solis.

Ten seconds passed by as she placed her flute away with a smile, “The defensive layer around them is done, it may look invisible to all of you, but it will protect them as much as Kaori’s can.”

“Your invisible force is quite terrifying since I can’t even feel it is there, but I can instinctively sense that the two of them are protected inside,” Kaori showed a bitter smile, “How powerful are you compared to our last duel?”

“I could maybe take down that cheating force of yours now,” Mana showed a confident smile, “Your sword barrier which brought me down shouldn’t be able to take down my attacks now.”

“That’s terrifying to hear,” Kaori showed a bitter smile before all of their eyes pinned towards Fiona who understood that she was next.

For a quick second, her horns and wings appeared which revealed her succubus appearance as two symbols appeared in front of Crystal and Flora before vanishing. The symbols were the symbol of a succubus which made me feel a bit weirded out but from what I can tell, the defensive layer it added is quite solid.

“What was that spell?” Kaori asked with curiosity.

“It’s the strongest area-of-effect defensive spell that I have as a Succubus Queen, it should be able to repel any attacks that is equivalent to a breath of a dragon,” she explained.

“Hmm, so that means Flora and Crystal are pretty much safe even without mine…” I laughed a bit before materializing my scythe as I used the blade to slice a bit of my fingertip causing blood to flow out. After blood was flowing, I quickly ran towards Flora and Crystal who were a bit confused.

After reaching them, I quickly smudged their forehead with a bit of the blood before casting [Blood Magic: Shield] as four magic circles appeared around them, vanishing soon after as I nodded with a smile, “That should protect them against a very strong attack.”

“Interesting, it seems like the mechanics of Solis still works over here,” Kaori showed a smile as I nodded.

“This world is still Solis, after all… it’s just that the world had advanced a bit with a lot of critical features not existing anymore,” I said before looking at the cave with a smile, “It’s time for us to enter inside the cave, are you all ready?”

Mana and the others only nodded which made Crystal pout as she realized that she was the only one who was enthusiastic enough to go inside the dungeon, she was so angry that she even stepped on Flora’s foot who didn’t even feel the step.

“Did you do anything?” Flora looked at Crystal which made her cheeks puff even more.

“WHATEVERRR!” Crystal angrily shouted as all of us giggled.

“The two of you are really like blood sisters, so adorable! Though there is no time to play around, let’s quickly head inside,” I said before dashing straight towards the dungeon as the others followed. Torches that were placed on the sides of the cave immediately lit up as a voice echoed inside the dungeon.

[Welcome to the Dungeon of Travis, Adventurers!]