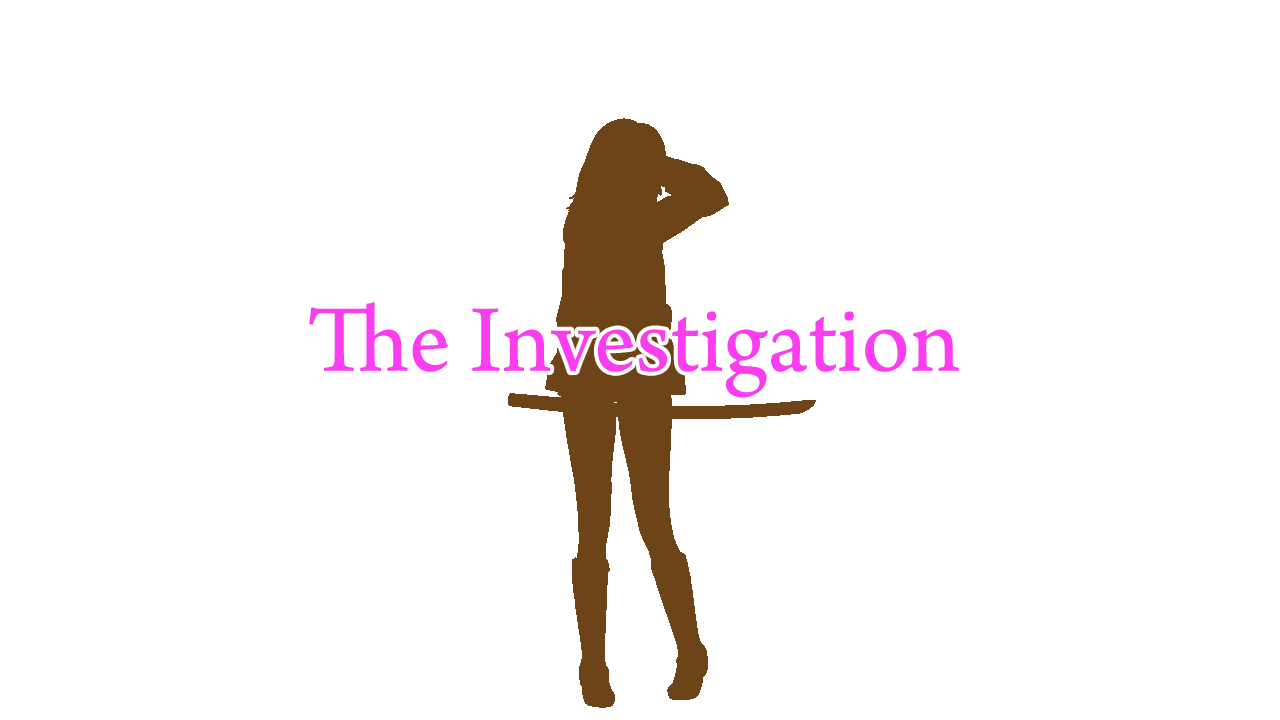 We journeyed through the ancient ruins, and it was a strange sight. The infrastructure towered high with a bunch of square openings likely where windows used to be.

I read about places in the past that towered high in the sky, and humans would go there for business. Thousands of years later, these designs looked strange as moss and nature took back their home.

“To think humans used to populate these places.”

Eve took the words out of my mouth as we made our way into one of the buildings. It was nothing but dust and cobwebs now. The ceiling was low in some areas, high in others. Something in me wanted to know how it used to be when humans lived here.

“It’s so dark in here! Does anyone need a light?”

Without waiting for a reply, Vivian brought out her hand and made it into a bright torch of some kind using her holy spectrum. I didn’t need it, I could see everything, but it seemed Eve appreciated it more.

“So, what were these places exactly?”

Vivian asked, pushing up against Eve.

“Ah… they used to be office spaces. Humans would build high, so they have more room for other businesses and living spaces.”

Eve was right. I read in a book that they’d used to do just that. The population was far greater before, so they would consolidate space to make room for more business and such. But after the beasts started appearing, many of these places became abandoned. Humans don't have spectrum vessels, meaning they couldn't kill beasts at that time. Their modern weapons failed them, and they were forced to flee. Many of them died, and their population dwindled. The world was strange before the Radiant Age. 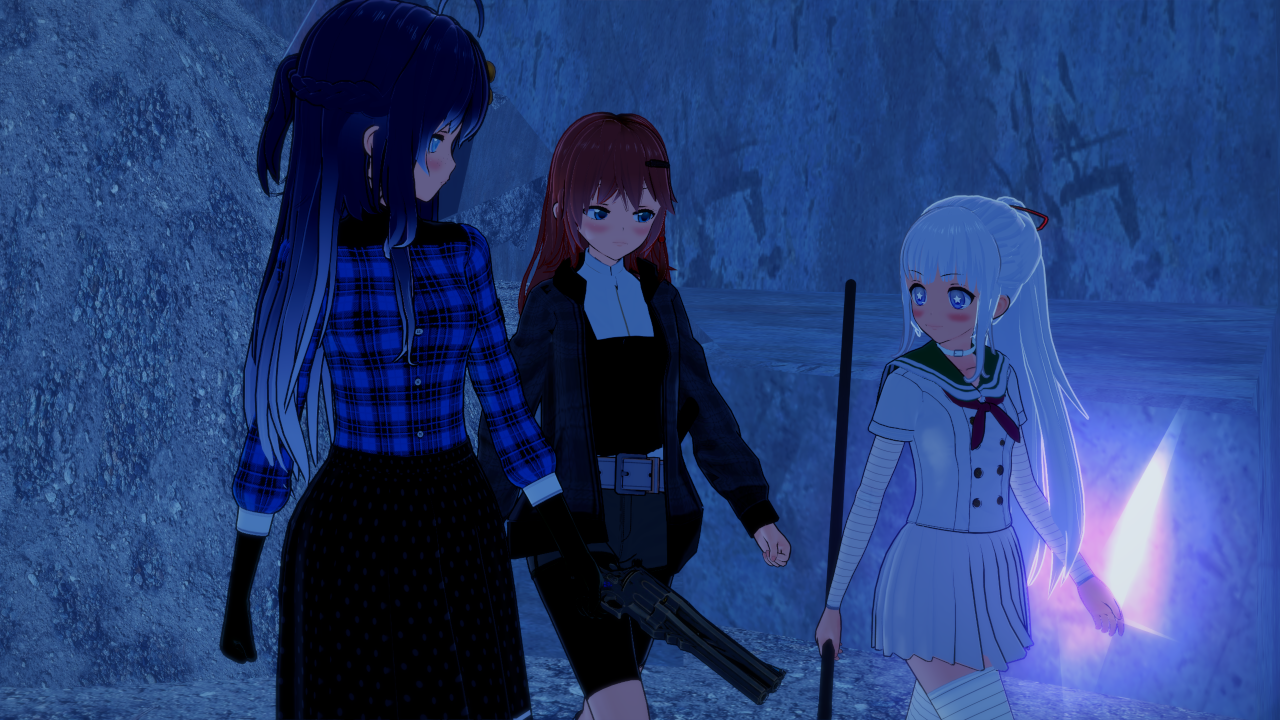 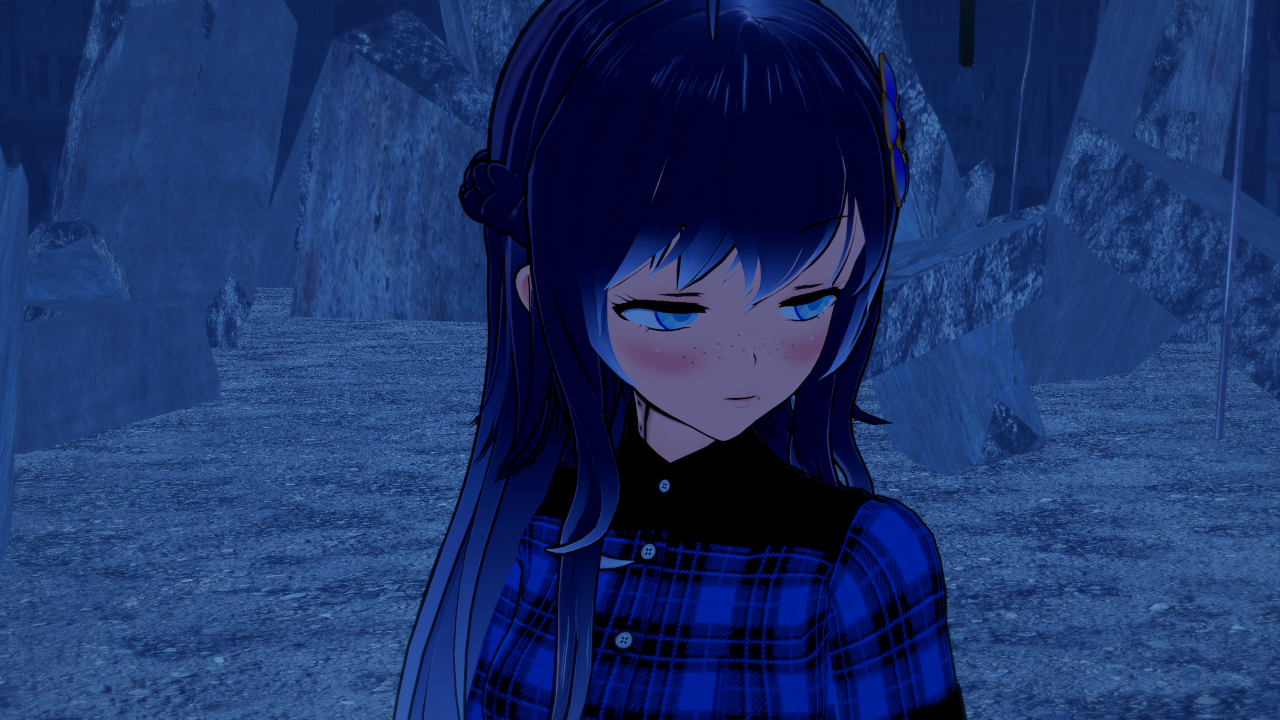 “Has anyone ever met a human?”

Vivian questioned as she led the way with her light.

“There’s a few in Radiant City… but I don’t know them personally.”

Eve responded. Suddenly, she spun around, kicked a rock, and watched it fly across the room. She rubbed the back of her head and turned back to the group.

“You ask a lot of questions, Vivian.”

"My occupation tells me to learn as much as I can to develop a keen understanding of the places I visit."

Confused, I tilted my head.

With her bright eyes, she replied.

“Yes! I am on business here in Radiant City. I was sent here for my job.”

“To help the knights with whatever jobs they need. So effectively, Ms. Jade is my boss until I get orders otherwise.”

“What a strange occupation.”

Curious, I walked next to Eve.

“And why are you working with Jade?”

She smirked, but her eyes dimmed a bit.

Eve replied as she fluffed her dark straight hair.

"Aren't you looking for something, Eve? I'm sure you told me a bit of your story.”

Vivian questioned, hopping to her. Suddenly, Eve stopped. She bashed the butt of her gun against the wall in frustration.

We flinched at her sudden extreme outburst. Eve paused for a moment, took a deep breath, and looked back at us.

“I’m looking for something… and Jade promised to help me. That’s about it.”

I wasn’t sure what that sudden outburst was, but I let it go. Eve seemed to be off her rocker in the first place.

What I’ve concluded from this so far is that we all seem to be wrapped in this because of Jade’s influence. That knight seemed to have a pull on people as she made them do what she wanted.

I warned myself as I focused back on the winding interior. We continued to journey deeper into the infrastructure of the ruins. I could see how centuries of the elements went about taking back over this land. The walls that seemed to be made out of bricks and iron were eroded and cracked. It was a miracle most of this was still holding up.

“Hey… Jade called this place a crime scene… What led her here?”

“From what I know, she was tipped off that one of the missing people was found here in the ancient ruins. She investigated and found all their clothing left there in a pool of blood.”

“Only someone evil could do that.”

I thought about it, and it caused my body to tense up.

“And the symbol was left there too?”

"Yeah, a symbol associated with dark spectrum. She told me that all of her crime scenes are similar. A pile of the victim's clothing and puddles of their blood there too."

The severity of this case heightened all the more. As much as I didn’t even want to be a part of this… I can see why Jade wanted to twist my arm about it.

“How many have gone missing so far, Eve?”

I asked as I turned to her.

“I don’t know the true number… but at least 30 so far. But the cases have been getting more rapid, and now Jade is putting her main focus on this case.”

30 people have vanished so far. It only made me want to leave this city sooner.

We walked in a small area that felt like a chamber hall. It was a square space that still had outlines of iron bars holding it together. The ground was littered with rubble. In the center of this room was a symbol I do know but don’t know.

“Do you know what this means, Feodora?”

Vivian asked as she shined the light over it. The symbol looked like an arrow with a jagged exterior. It was eerie to stare at.

“Yeah, I know this symbol. It’s one of the many I see in my dreams.” 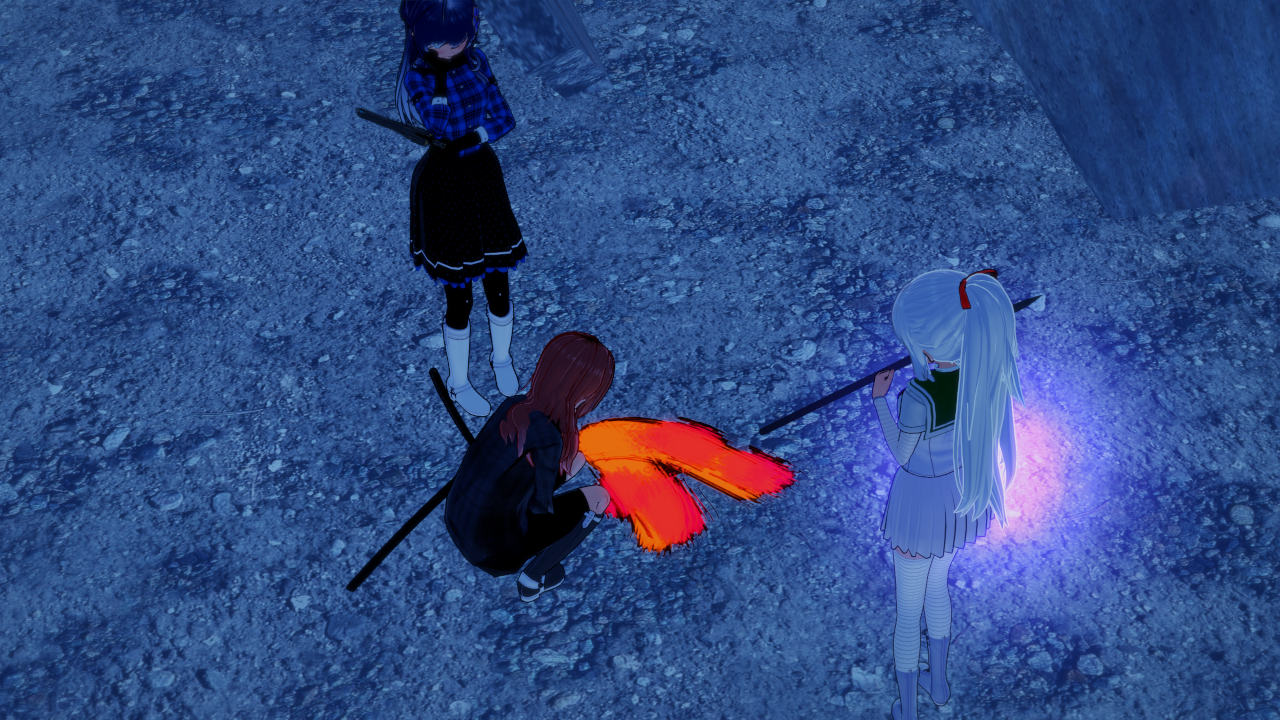 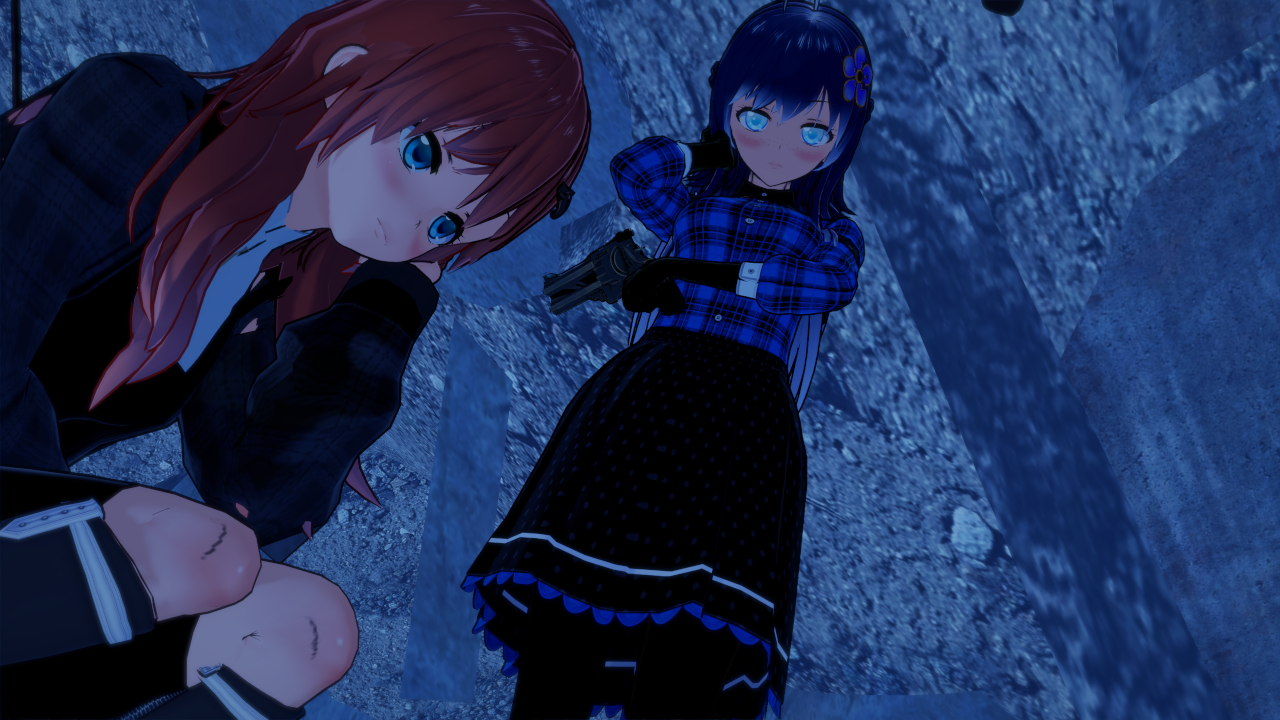 I bent down and felt the outline of it. What rippled through me was the shock of my night terrors. As if I was being sucked inside the writing on the floor, I pulled back.

“What does it mean?

Eve asked as she kicked her foot on the ground.

“I have no idea… Here, let me search around using my dark spectrum.”

I closed my eyes and focused on the symbol… When I opened them the world around me was bright and clear. I could see a purple mist flowing off into the other room. It was weak… weak enough that someone who was looking for it wouldn’t be able to sense it without being born with it like me. In other words, someone intentionally hid it.

I commanded as I stood up and followed the energy.

“You heard the woman, Vivian. Keep that light going.”

They followed behind me. It was pitch black in here, so they needed to be careful with how they stepped around. As for me, I could see, so I was hastily making my way down different corridors. Our feet marched along with the interior of the wasted monument until we reached a wider space. It spanned around 100ft in this circular space.

“What are we doing here?”

The purple mist continued until I reached the middle of the room.

“Do you guys hear that?”

I heard what she was talking about. It sounded like the humming of an untuned violin. The notes were long then short, and that rhythm persisted. This was where the purple mist stopped, meaning whatever was here had to be below.

“There’s something in the room below.”

Eve concluded as she walked about.

“Vivian, shine your light above.”

Vivian did just as she was told as she looked at the ceiling.

She stepped on the floor, earning a creaking noise from it. The foundation was nearly gone.

“Alright, I’ll satisfy you guys... Everyone, get to the sides of the room.”

We did as we were told and made our way to the previous room. Eve took out her big gun and pointed it to the ceiling. She began channeling what appeared to be a water spectrum. 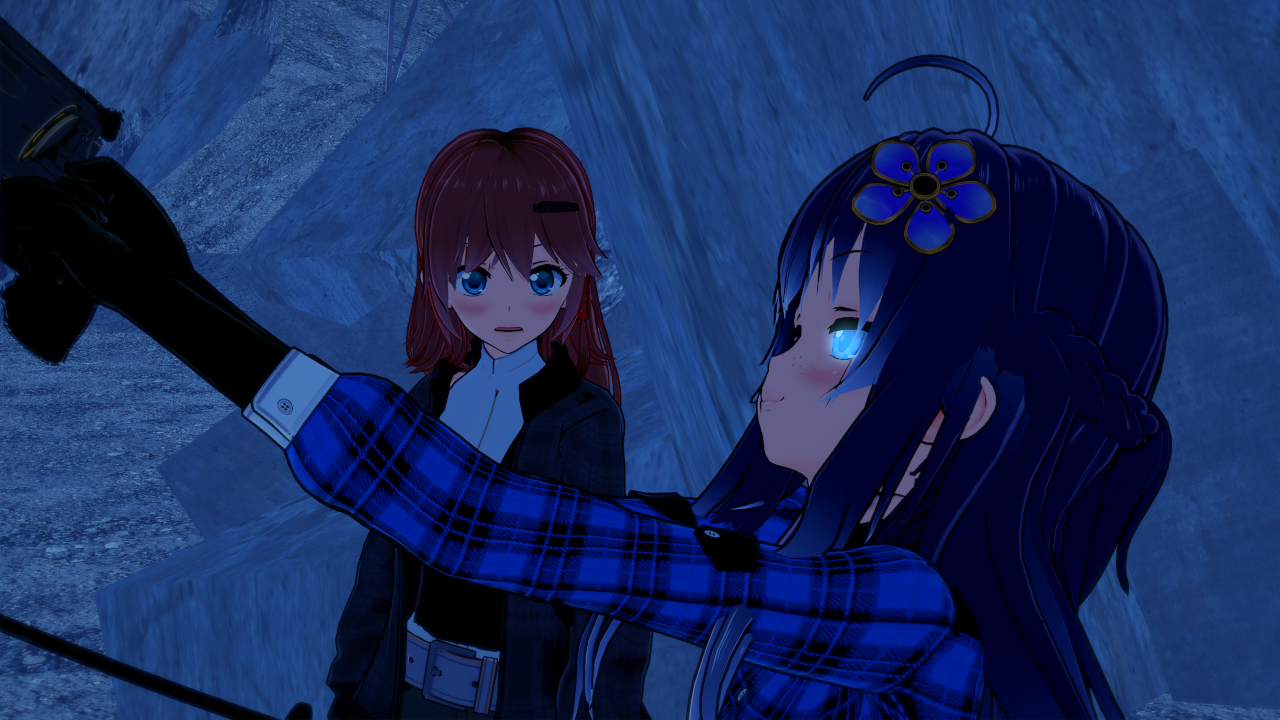 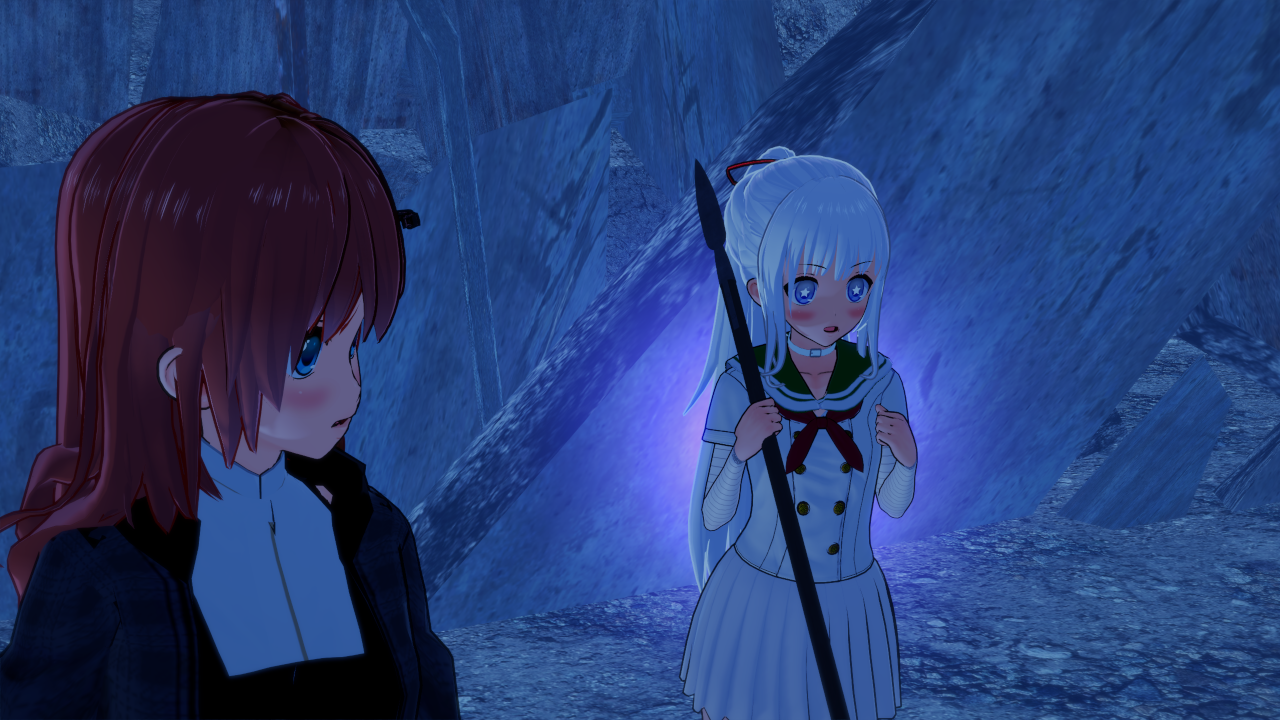 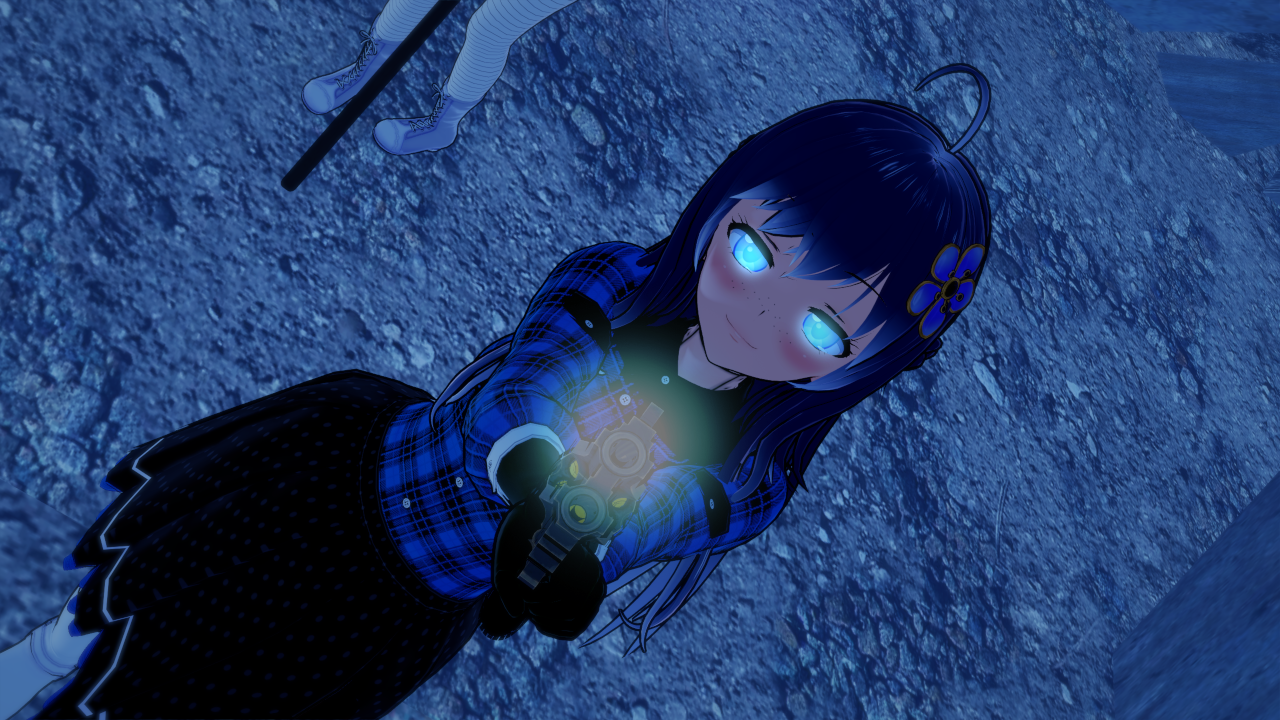 A large bubble of water formed at the tip of her gun. The pressure around it caused my clothing to start flowing towards it. When the bubble became bright blue, she pulled the trigger, earning a large ray to shoot at the ceiling. The entire structure began to rumble. Everything caved down, destroying the room below.  Large pieces of decayed concrete and iron rained on the ground. The noise was painful as I covered my ears.

Morning light shined from the sun above us, making it easier to see for Vivian and Eve. The outside reached inside the ruined structure.

“Eve! What the hell were you thinking?!”

“This entire place could have caved in on us.”

I added as I stood up and looked in the room again. That’s when I noticed what that humming noise was. A flood of spectrum was flying from the room below. When I looked down there…

“What do you see, Feodora?”

Vivian asked as she looked over the edge too. 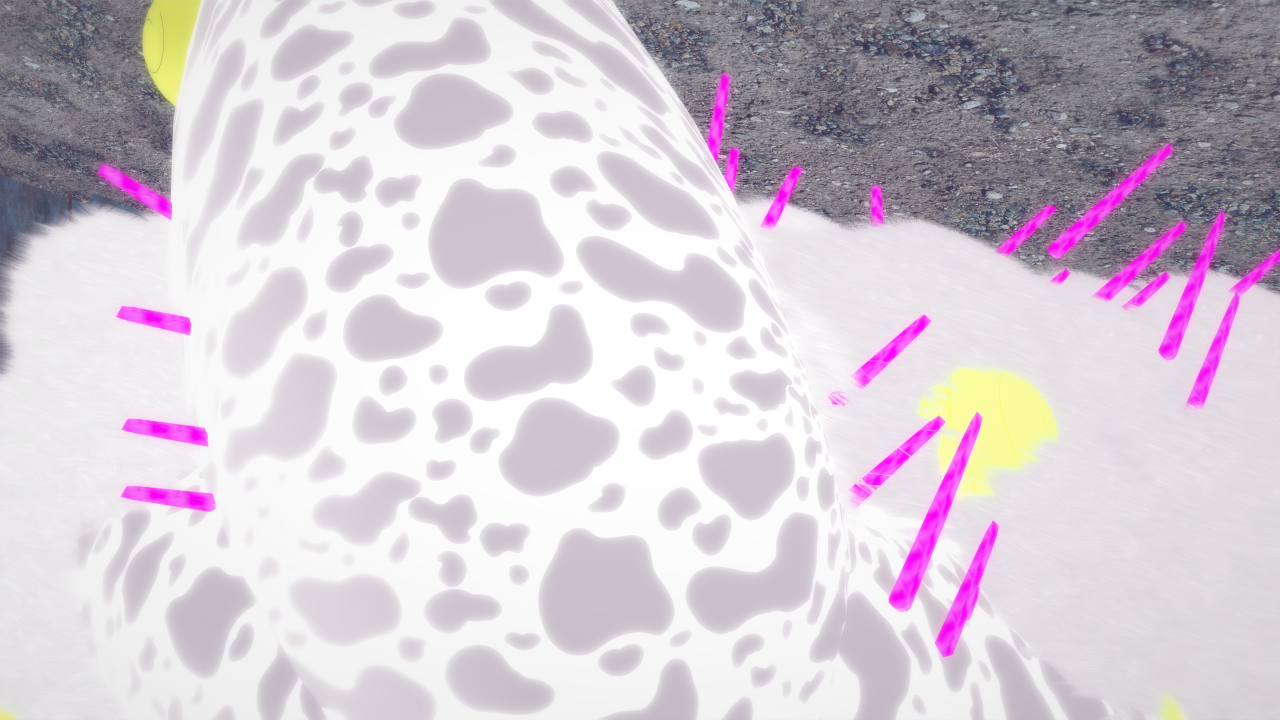 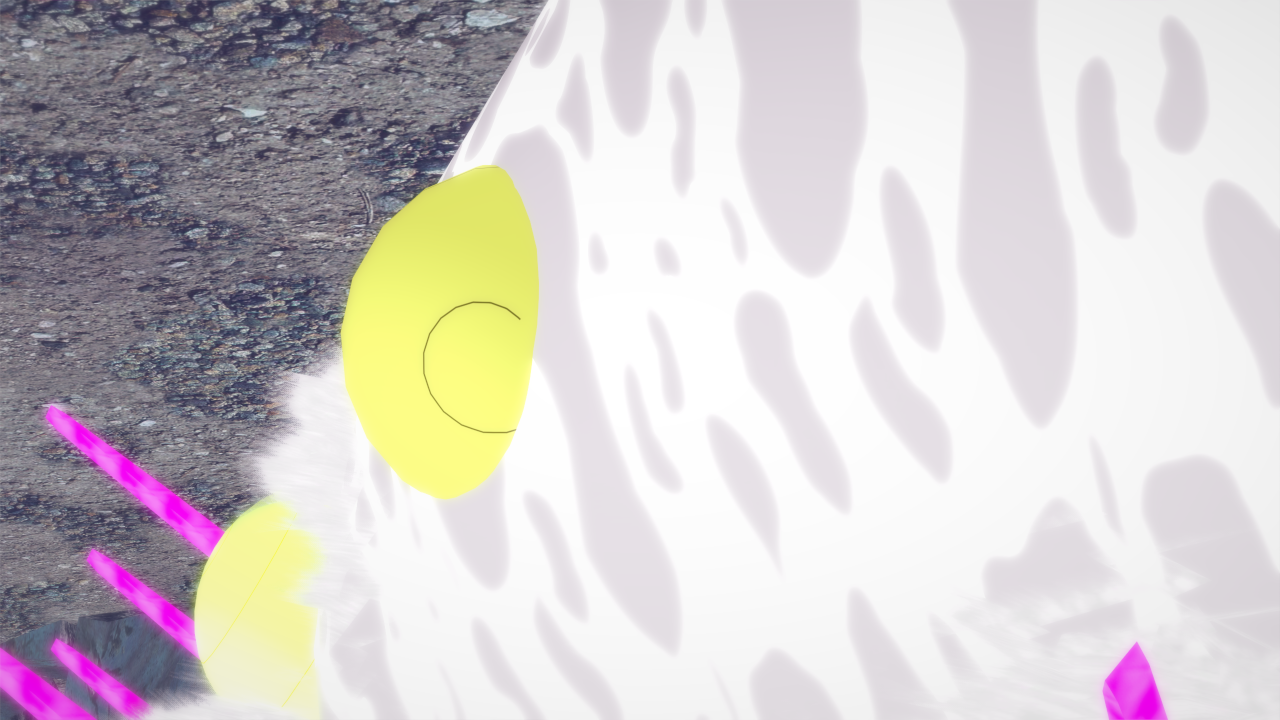 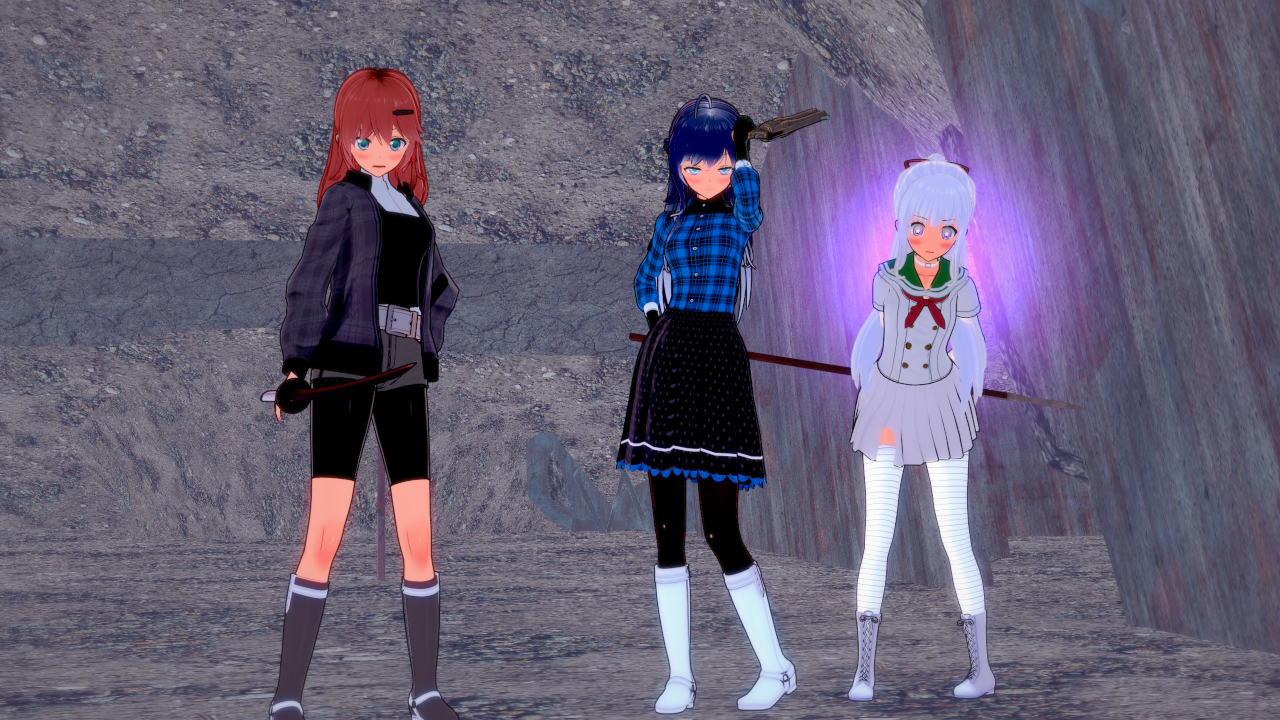 Below was something bright grey and hairy. Its body had to be at least 100ft wide. It looked like a blob as its breathing caused its body to rise and fall. As for how tall, I couldn’t tell because its bottom half was buried in the rubble. It looked like a horrible mutation of a white hairy worm.

“That’s a beast… and it grew this large because someone was feeding it spectrum.”

Eve scorned as she analyzed it.

“That's a beast?! We might have to kill it before it wakes up and forces its way out of there!”

The white bunny cried as she brought up her spear.