The city of Babel was known as the last human city, named after the mythical metropolis where a tower constructed to reach communion with god was built. And much alike, it also had a tower in its epicenter. However, this tower was not built to reach God, but as a precaution to keep humans away from the demons rummaging below.

Countless men sought to enter the sanctity of the floating city, but there was only so much space on board. Those who were denied entry settled below, and in the span of 50 years, a neon metropolis with a population of over 3 million residents was built. The city of lower babel, the city of contractors.

A filthy skyline blistered with countless advertisements, billboards and neon signs, where human depravity was given free rein to manifest itself. A domain largely dominated by contractors and their propensity for evil.

Countless crowds could be seen scouring the city at all times: people wandering aimlessly, going to work, or to commit something dubious. Inside one of these crowds, a certain man could be seen that didn’t quite belong to any of these categories.

At first glance, he didn’t stand out. He wasn’t particularly tall, boasting a height that was only slightly above average. Nor was he especially handsome, his face adorned by a short scruffy beard, his left eye covered by a black leather eye patch with a hideous scar barely peeking through. His only real defining feature was his salt pepper hair, that was loosely tied behind the back of his head. He walked the streets with a certain light-hearted slouch about his stride, lazy and careless. Those with insight could tell that only those of considerable strength could afford to be at ease within the city of lower babel.

The mysterious man strode carelessly through the city, periodically staring up into the sky, looking at the almost full moon with a blank expression.

Eventually, he reached a rundown bar hidden from the public eye inside of a small alleyway, a buffer between two mega-buildings. A place that was without a doubt built for certain shady purposes.

The bar had several large blackened windows in front, with a small wooden doorway in between. It was topped with a large neon sign in the shape of a pistol, “Gun-barrel”, the sign read.

The man made his way into the bar, looking around as he went inside. A thick smoke permeated the air, a heavy smog of burnt tobacco. Most or the people seated inside appeared to be illegal residents and vagrants, shady-looking individuals, men covered in tribal tattoos, with prosthetic mechanical arms and legs, covered head to toe in illegal weapons.

In the back of the bar, there stood a barkeeper dressed in a white buttoned shirt and a black vest. A barely visible dark purple bruise was poking out from under his shirt on his neck. He stood calmly while cleaning a glass, squinting his right eye in distrust, looking at the approaching stranger in front of him.

The man sat down on the barstool closest to the barkeeper. “Iron plated,” he noted to himself after inspecting the bar.

“Hey, barkeep, I’d like a double scotch on the rocks,” the man said, leaning forward with a strange, unnatural, almost creepy smile.

“We’re out of ice,” the barkeeper responded.

“Plain is fine too, I guess,” the man replied.

The barkeeper backs away, grabbing a bottle off the shelf behind him and pours the customer a glass.

“So hey, you wouldn’t know anyone looking for work?” the mysterious figure asked with the same nerve-racking smile while holding on to his chin with his mechanical prosthetic left hand.

“I think you should leave,” the barkeeper responded with a worried expression.

The atmosphere inside the bar shifted in an instant. As the figure peaked backwards, he could see the other customers intensely eyeing him, watching for his next move while grasping at their firearms. The barkeeper, too, stumbled for a bit. His expression became rather stressed. He appeared to adjust his hand below the bar, as if to grasp at something. The mysterious figure noted this. For a brief moment his gaze shifted into a confident one.

“I come in peace, I’m here to offer some work”, the man shouted out as demonstratively he raised both of his hands into the air. “, I promise I can make it worth your time”, he continued with a slight grin.

“What are you looking for?” The barkeeper sighed.

“Phoenix!” the man responded and slammed his right hand down on the bar, leaning in closer towards the barkeeper.

“You should leave if you think that life of yours has any value,” the barkeeper glared at the man.

The bar fell silent, overcome with an intense eery atmosphere. The cigarette smoke stretched over across the room in a single consistent veil, attempting to make its way into every little nook and cranny, before being parted by the breath of those sitting inside.

“Hey barkeep!” the man screamed out enthusiastically before downing his drink.

“Yeah...” the barkeeper responded, but before he had the chance to finish what he was about to say, the mysterious figure pulled out an energy blade from under his coat and cleaved the barkeeper’s head off clean with one fell swoop.

“What gives you the right to give me advice, you disgusting parasite?!” the man screamed out with the same strange psychotic smile.

As the head dropped to the floor, 7 slimy tentacles sprouted from it, wiggling in all directions.

The man turned around, seeing the other visitors grasping at their weapons, picked the head up by the tentacles and screamed, “See, I told you he was a parasite,” waving the head in front of the armed vagrants.

“Help me, you idiots!” the barkeeper’s suddenly head screamed out.

Without delay, the armed men started firing at the figure, forcing him to dive out of the way, directly behind the iron plated bar. He covered his head as bullets flew, ricocheting in every direction, pulling out his pistol and firing back from over the counter whenever the shots would end.

Seemingly out of options, the figure tied the head to his belt and said, “Ordinus, requesting level 1 limiter release.”

“Denied, no demonic energy detected in your surroundings,” a robotic voice spoke seemingly out of nowhere.

The man sighed, “Ordinus, please!” he pleaded while clasping both of his hands.

“Fine, I guess I’ll do this the old-fashioned way,” the figure said as he grabbed the double-barrel shotgun from under the bar and proceeded to cut off its end with his energy blade.

“Here, we go,” the man said before jumping out from behind the bar with the shotgun in one of his hands and the pistol clasped in the other.

“Boom!” he said while firing the first shot, hitting one of his attackers in the chest, before quickly reloading and firing a second shot directly at the group of armed men.

The figure appeared to be almost stationary. However, whatever minimal movements he made proved to be enough to avoid most of the bullets.

“Almost got me”, He tilted his head out of the way of the bullet, leaving a large gash on his face right under his eye patch. He paid almost no mind to it. There was no concern on his face, only a sick, maniacal smile and a bestial, entranced gaze.

Suddenly, seemingly out of nowhere, the bar was flooded with flames coming from the outside. A shadowy silhouette of a masked attacker could be seen standing outside of the bar, firing magic into it.

“Ordinus,” said the man as he narrowly hid away from the fire behind a wooden table.

Blue sparks began flying around the bar, covering it in a strange hypnotic shroud. The wound on his face left by the passing bullet began to close up and shrivel away.

The interior of the bar exploded once more. However, this time, it lit up in a captivating blue light. Before long, the man calmly emerged from the door, staring at the masked figure.

In a flash, he vanished, only to appear standing directly behind his masked adversary. He grabbed him by the neck as he slowly whispered in his ear, “Little piggy,” he said with an even more sadistic expression.

The knights arrived before long, arresting and detaining everyone involved with the den of illegal contractors. A certain person stepped out of the patrol vehicle. He was tall and lanky, wearing a suit and square glasses that matched the shape of his face. This was none other than Senior Squad leader Timothy Matsuhide.

“This was a perfectly good lead that you just went ahead and screwed up. You were going undercover for a reason!”, Timothy screamed out scolding the man, “Sometimes I wonder what the director even sees in a mad demon like you.” He continued before letting out a sigh.

The man threw the bartender’s severed head to timothy before starting to walk away, “Always ask the bartender. You might be surprised by how well they know their liquor.”

The man left with no further delay, sinking into another nameless crown of this god-forsaken city.

There were many rumors out on the streets concerning the man. No one knew his real identity. He was simply known as X the special grade investigator. 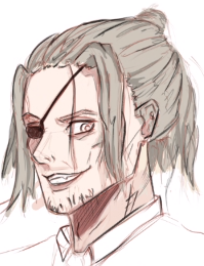 Description: A reckless, ruthless man with a high propensity for violence. Not much is known about X other than that, he is a sadistic nut job with a reputation to match. His powers have been sealed by the knights organization in order to keep him in check. 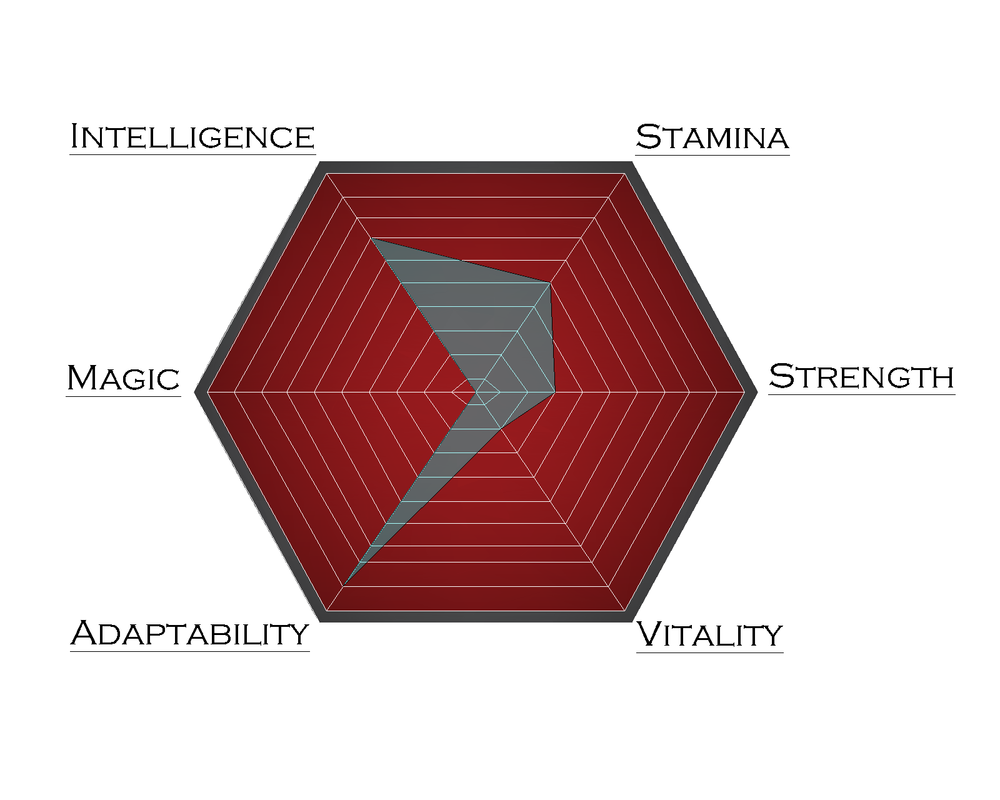 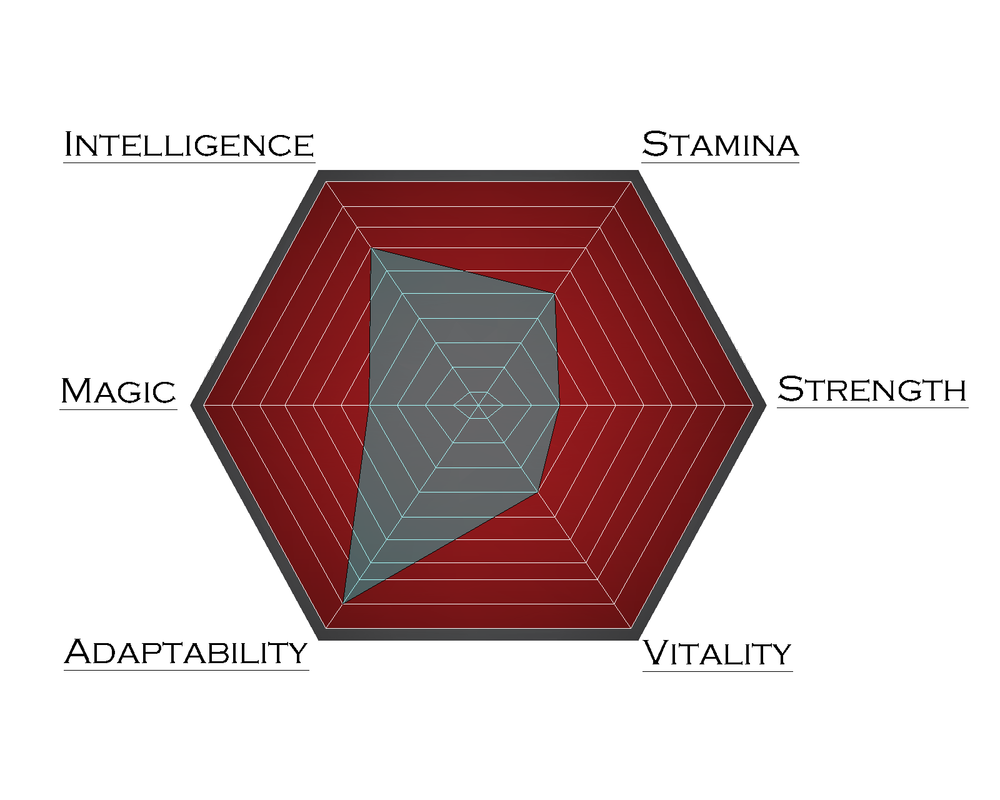 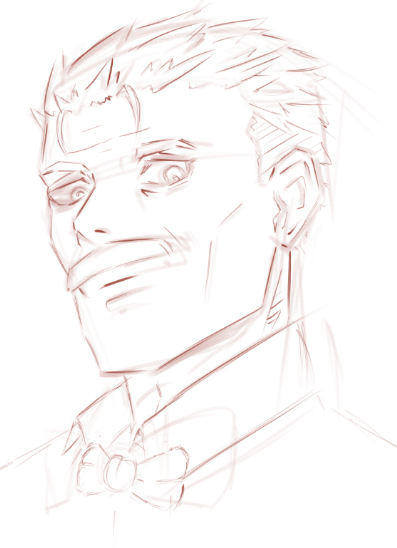 Rank: Owner of the bar “Gun-barrel”

Description: Known as the “Barkeeper” a criminal information broker and organized crime leader. Well-known for his serious attitude. 6 years ago became infected with a demonic parasite that has slowly been taking over his body and corrupting his mind. However, his will proved strong enough for the parasite to halt it’s attempts at controlling him. It appears that he has also obtained some ability to control the parasite. 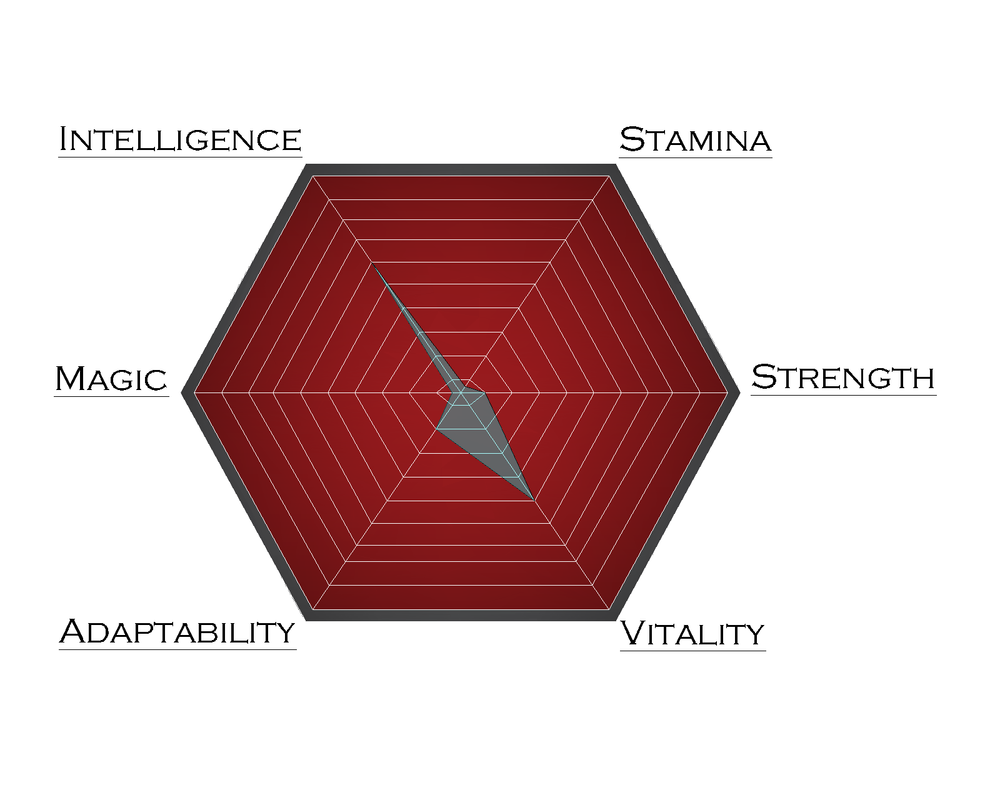 Parasites are a race of demonic parasitic worms that escaped from hell when the gates were opened. They can infect almost any organism, but because of their picky nature, they often chose a single prey to infect and choose to ignore all other organisms that are not it.

Once a parasite enters a host, it begins to grow in size. It forms a nucleus inside of the person’s body and grows a series of sharp, tentacle like appendages it uses to take over the body of its victim from within. Each appendage functions like a mouth as the parasite slowly devours its host from the inside, eventually replacing all muscles and bones with its own tentacles, leaving only the skin and the heart behind. Once the parasite has completely devoured its prey, it eventually perishes and, from the nucleus, several of its tentacles form into its young. It is unknown what determines which tentacle will become a parasite.

The parasites appear to be highly intelligent, even able to replicate human speech and habits.