After we finalized the cover story that we were going to use, I realized something very important. All this time I have just been calling him, “that magician.” I did not want to admit that he was really a person with a name. But if I was supposed to be searching for him I needed to know what his name was. It would be much harder ask if anyone had seen him without it. “I know that this question is coming rather late, but do you know the magician’s name?” I asked to Gray.

“Oh, didn’t I tell you? He called himself, ‘Maximus the Powerful’. I do not know if that is his real name.”

Leafia was overcome with a fit of laughter. “Max Power! That is what he called himself?? Why would anyone name themself that, it is just asking to be made fun of!!” Leafia was soon on the ground, not being able to support her own weight.

I could not help but chuckle a little, yet I could not find this as funny as Leafy did. That man had kidnapped my closest friend and damaged my home. He would pay for what he did. Even if his name was pretty stupid. Emily seemed to have a similar mindset as me. Though I am guessing that she already knew his name, so this did not come as a shock to her.

It took some time for Leafy to calm down enough for us to continue our conversation. I felt oddly relieved that he name demanded ridicule and not respect. It made it easier for me to think of him as a monster that needed exterminated.

“So getting back on subject. If we go with the story of me being a sorceress, do you think that this medicine is at an acceptable level?” I said but before I gave them a chance to answer I said, “I think having me be a sorceress is a good cover. It will explain why I am different. I think people will question it less if we gave them an explanation than trying to write it off as nothing.”

“I think this medicine will still draw a lot of attention to us. It is way too effective,” Emily said sternly.

“I personally think that is somewhat the point. I think if we can bait Maximus, it will be much easier to catch him. We can give him an offer that will be hard to resist and get him to show up. It is like knowing where the apple trees are to know where the deer will be,” Gray disagreed surprisingly passionately. Was it the hunting metaphor that made him so excited?

“But this magician is not a deer. He is a harmful predator. And instead of tempting him with an apple, we are tempting him with Laurel,” Emily rejected. Her emotions had started getting the better of her and the volume of her voice was raising.

“You need to know where the bear will be if you want to hunt it. Wandering around aimlessly is going to take too much time. We are trying to save someone here, and taking too much time might bring her to harm,” Gray argued back. I could tell that he was trying to stay calm, but was unable to resist fully as his voice also started to raise.

“So we are just going to offer Laurel up to him?” Emily shouted. “We need to ask around first and see if we can find anything.”

“The longer it takes to find him the more likely he is to know that we are looking for him. It is even more dangerous to hunt the predator when the predator is hunting you in turn,” Gray shouted back.

“But we are putting Laurel up as bait. She will be the prey we are offering up to the bear,” Emily said with anger and desperation.

“We are just trying to get him to meet with us,” Gray shot back.

I did not want to seem them fighting like this anymore. Like my rage when I learned that the magician had taken Faun, this was only going to be harmful and not help us in any way. “Did you know that bears like apples just as much as deer do?” I said while stretching out my arm, but instead of a human hand there was a branch with a small apple growing. I then plucked the apple. Oh, maybe I should have not done that. Now I could no longer just return it back to be part of my body. It was just an apple now. Well, might as well enjoy it. I transformed the branch back into my arm, then took a bite of the apple. It was one of the best apples I had ever grown.

“What are you doing?!” I heard Istan ask in shock, but I just ignored him.

It would be a shame just to have this for myself. I tossed the apple to Leafia. “Leafy, you should give this a try. It is really good, if I do say so myself.”

She gave me a rather searching glance as she caught it.

Leafia shrugged and brought the apple to her mouth. Istan shouted “Noooo!” and began to run to intercept the apple. But before he could get there, he mysteriously tripped on a root that seemed to move out of the ground on its own. He kept stretching out his arms, trying to stop Leafia as he fell, but the distance was too great. He fell to the ground with a great oof. It seemed that he did not close his mouth or move his arms down to break his fall at all.

Leafia took a bite as Istan began coughing and spluttering on the ground. She seemed to pay no mind to Istan’s antics. I think she really wanted to try it for herself, and she knew if she did not do it before Istan enshrined it she would not get the chance. “That is really good. Could we get some more of these?”

“I wish I could, but I need to save my energy. We might need to fight this ‘Max Power’ any time. How could I do that if I was not at my maximum power?” I might as well make fun of his name since he made it so easy. Also the act of insulting him made me feel bigger. I figured I was just placating my own insecurity, but it felt good. Getting my mind back on topic, I said, “However, since I made the apple myself the seeds will come true, so hold on to them. If you remind me, when I get back to my woods I will grow those seeds into adult trees.”

It seemed that Istan finally got the dirt out of his mouth because he said in an accusatory tone to Leafia, “How could you eat the Forest Mother?”

“It is just an apple,” I responded for Leafia.

“But it came from your body,” he said to me with pleading eyes.

“Yes but so does your hair. When you cut your hair off, is it still a part of you? Should we save every strand of your hair so you do not lose who you are? Once I plucked the apple it was no longer a part of me, just like a hair that falls from your head,” I said with some frustration. “And do not call me Forest Mother.”

To my surprise, Emily timidly spoke up. “Could I please try a bite? I can’t help remember the apples my mother used to grow for me and wonder if it will taste the same.”

“Sure, give it a try,” Leafia said tossing the apple to her. Istan tried to intercept the apple again but some intertwining grass blades snagged his foot, causing him stumble. This time he managed to recover before he fell down all the way. This field seems to be especially treacherous.

“How can you be alright with this, Forest Moth--” Before he could finish his statement a seed from a nearby orange balsam, I think the humans often called them spotted touch-me-nots, shot him in the cheek. “Why do you keep doing this Forest Mother? I am trying to protect you!” Forget treacherous, this field is down right dangerous. 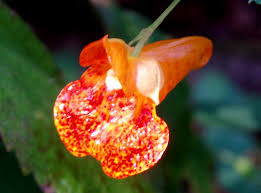 “Why do I need protection from an apple? And that last one was for calling me Forest Mother. The touch-me-not was going to shoot its seed anyway. I just helped it aim a little,” I said with a smile.

“But they are eating your hand!”

“No. They are eating an apple.” I said waving my hand in front of him.

“But it came from your body.”

“I have explained this before, I do not feel like saying it again. Once it is plucked it is no longer a part of me.” I let out a heavy sigh. “If you can not let this go, or if you insist on calling me Forest Mother, I can help more of these seeds make sure their aim is true.”

Leafa, Emily and Gray seem to be enjoying the small apple while I was left to deal with Istan. I am happy that I managed to stop the argument between Gray and Emily. But did I really have to get into one with Istan in the process?

I have gotten to 10,000 views. Thank you, Thank you, Thank you. When I first started this I could never imagine that this day would come. First I would like to thank all those... who have been a part of this project... Oh my this is so big... (Pardon the choppiness I am tearing up here [mostly at my bad excuse for excess gratitude]).

I put an image of the spotted touch-me-not or jewelweed in the chapter. A link to the wikipedia page is here:

On a sad note Editor-hime has lost her voice. She says she will make extra comments to make up for not being able to tell me what she thinks.

The Dryad
Oldest | Recent
Search
Your changes has been saved.
Action Required