“You were supposed to be the hero! You were meant to save us, weren’t you?” cried the woman, tears streaking down her face in angry rivers.

A few others stepped forward to voice their complaint, unsatisfied. But Ren had never saved them — it was him. It always was.

“Answer me! What, you plan to abandon us just like your partner did?”

“I decided,” continued Ren quietly through the silent skies. “That the world isn’t worth saving, after all.”

The Undying Reaper fell during the midst of an apocalypse,

...and the despised prince was murdered in his kingdom.

When Ren Suzuki, infamous during the apocalypse, woke in the body of a despised prince that he’d read of in a novel long ago, he cursed the world. Life was boring and dreadful, a bothersome combination of things he despised. In a new world with people he’s only heard of, would anything change?

Would he ever find a reason worth living for? Or would his endless despair send him spiraling down a darkness he cannot escape from? 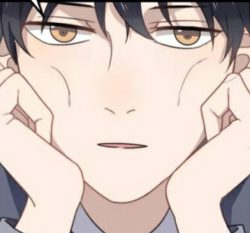 Do you like Character Development? Great World Building? and also Realistic MC? not too OP but not too weak too? THEN THIS IS FOR YOU!!!!

So I HIGHLY recommend this to anyone who likes a Realistic MC, Character Development (including side characters too!), and Great World Building!

Can't find more words to use but simply put, it is ✨AMAZING✨ 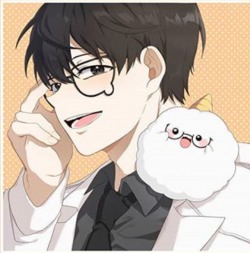 Ever read a plot heavy novel like ORV and just BEGGED that the ML and another male character would just kiss already but it wasn’t a bl novel?

Here’s your read everybody. There’s both plot, fun and the promise of future romance scenes. Stop checking the ratings and just read the damn novel already. It’s good I swear.

Kyaaa. This is such a good story. I've been dragging my feet on making an account for a while now but I finally did it. I am so glad that I found this story, it has good worldbuilding, great pacing, great character, and a great writer. I binge through this story in a day despite telling myself that I would save up for more, every chapter keeps me on edge, and most of the time it ends up on a satisfying note and not a cliffhanger. Also, a steady update, I am sold.

If you like Fantasy-action, worldbuilding, hilarious interaction with a sprinkle of BL, and a cold MC who steadily got stronger as the story progress, then this story is for you. This story may intrigue you if you like Trash of the Count Family and Omniscient Reader.

Just check it out if you get the chance.

Made an account just to praise how good this story is. I love your work and I binge read to chapter 24 in one day. This masterpiece reminded me of Trash of the Count's Family, and the author has done an amazing job with the characters and the world building. I can't wait to see how this story will continue. I especially love the MC and his interactions to his family and the ML.

Deciding to binge this between work has been one of my biggest regrets as of late. Addictive writing style to a fault. I had originally wanted to wait for more updates before reading it, should have listened... Clear world building has been established, so it's looking to become a very enjoyable read. Our protagonist is strong, but not unreasonably overpowered so far. And the mc's character is beyond hilarious and refreshing. Everything truly feels so dynamic and refreshing, I just wish there was a whole genre like this to read while this story updates.

I'm gonna say it now, the story's description does not do it justice.

If you tire of goody shoes protagonist who transmigrated into a world that bends itself to fit them, this story is for you.

If you're looking for a action packed story that has gay representation without the heteronormativity, this is the story for you.

Gods, demons, princes and necromancers, selkies and more await you in this beautiful story. 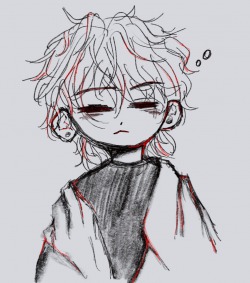 A & Ω Online
By ArkKitty
Finding a new Virtual Reality MMORPG game called “Alpha & Omega” in short AOO. Arc found himself ensnared by the magic showcase trailer and the many things they give to players. From random shenanigans to serious tense battle rega
Action Required