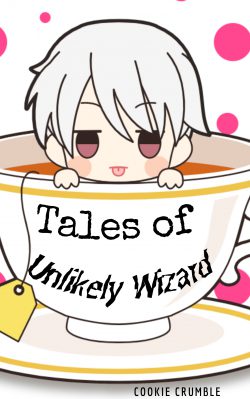 ...he tempted to do the third; staying put. Waiting for someone to come by. To save him. Then again that his sore feet talking, and it seemed the thing don't really care if he's hours away from dying.

Follow the misadventure of Euca, a young man who wants nothing but an afternoon of cheese plate and tea. Also going home if that annoying blue screen will let him.

Magic? Who cares about that.

What could you expect from this story:

-Expansive Worldbuilding that I promise at least 85% of them aren't wall of text dumped to your face :)

-Multiple side characters that had life of their own, you sometimes forget the protagonist even exists at all.

Cover Art made using charat.me under the provided Usage Guideline

Realms of Eas
By quazeryon
Title if this was a japanese web-/lightnovel: “This world was boring, so we decided to invade another one.” “Magic, some see it as an overused element in fictional works, others as a at least currently incomprehensible tec

Beyond Average [LitRPG + Dice]
By thetaibot
Come join my Discord! https://discord.gg/d3JZYqY Check out my Patreon where you can affect the story! https://www.patreon.com/thetaibot “I suppose I’ve died then?” Adam had been a fairly average guy who had lived a fairly

Legend of the Female Emperor
By xerluc
Michael was driving a moving Truck when suddenly, another truck came flying towards him, killing him almost instantly. But the powers that be would not let him rest. Truck-kun worked its magical powers and reincarnated Michael into another

Sylver Seeker
By Kennit
After fulfilling the duty all arch necromancers are tasked with, Sylver Sezari was not expecting to ever wake up again. But he did. And after crawling his way back into the land of the living, he’s alive once again. In a strange land,
Action Required