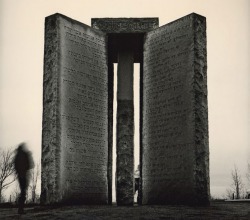 [This version of the story is no longer being worked on. I will eventually rerelease it when I have revised it to my current standard of writing.]

Bobby likes Pabst Blue Ribbon, NASCAR races, and throwing fireballs. A through and through Georgia boy, raised down in the sticks but now working with all things mystic.

He is, in other words, a magician. Not just any magician- but one bound by the most egregious of terms: business contracts. See, a long time ago, Bobby got himself involved with a dragon whose business was making magicians, and Bobby wanted magic to be his business. Both of them having common interest, Bobby agreed to sign over his services in exchange for phenomenal (draconic) magic. A pretty awesome deal, right? The contract put him at the top percentage of human magicians, on top of having the backing of a dragon patron, and a fantastic set of benefits befitting an esteemed contractor, so it'd be smooth sailing from then on, right?

Not so. That kind of power isn't granted without strings attached, and Bobby's practically bound up in them. Following the esoteric laws set forth by magicians , juggling them with the mortal interests he still has to abide by, and finding himself at the beck and call of a fickle and opaque patron makes his life as a magician a rollercoaster of ups and downs.

But when his patron sets him on a strange task- with stranger company, no less, even Bobby has to question what his mission really is. Delving into fantastic crimes and cracking open mysteries is just the least he can do, and he'll do it with the help of his gun, his wand, and his trusted allies both large and small.

Cover art is of the Georgia Guidestones. Chapters released on a semi-regular basis, at least one every two weeks, sometimes more.

Also published on Offprint.net, Webnovel, and Royal Road under the same title!

You can find me on Discord here. I post updates on work in progress stuff there sometimes. https://discord.gg/ScGFRErhrY

We’ve Lost the Plot
By Pandoraeh
In the humid heat of a Florida summer, a conspiracy is brewing. Old towns and ancient trees hide dark rites desperate to drown the world in blood. Together but divided, the regional supernatural community struggles to maintain peace with each othe

Master of the Dark Arts
By MyLadyQueen
Qionglin was sentenced to death by his father for an unknown reason that he himself doesn’t understand why… After leaving his sect he falls to his death only to not die but to live as a reborn but he never died so how can he? He acquired th

Bookworld Online: The Rogue Necromancer
By Bokuboy
Have you ever wanted to play the main character of your favorite book? Now you can with Bookworld Online! Please note: Published Daily Welcome dear friends, to the Virtual Reality Full Immersion System called Bookworld Online!

〚Master Of Centipedes〛
By IAmNotVoid
Every night, when he rested on his bed and looked back on his way of life. He discovered nothing but regrets. But what could he do then? He was now old and out of time—he could do nothing but accept his life choices and pray that h

Villainess, Retry!
By Fox-Trot-9
Rosalie Edgeworth: Janet Fleming’s two-faced nemesis. After another of Rosalie’s schemes gets Janet in trouble with her soon-to-be ex-fiancé, Janet’s life in high society plummets. Disillusioned with it all, Janet finds strength in the ghosts of h
Action Required