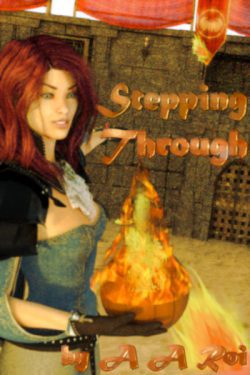 Tina Ruttledge had just about had it with post-university life, including a string of dead end jobs that weren't exactly meaningful or even paying the rent in an expensive city like Toronto to live in.  And at 24 she's beginning to wonder about where she's going in life. The only thing she's really been into is her dodgeball league, and due to government cuts her league has been shut down.

Enter Devon Olafson, standing 4' 4" tall with a job offer that seems too good to be true, even if it is just a well paying administrative position in a stuffy office in 'Scarberia' that looks like it would have been more comfortable in the 1980s, a decade or so before she was even born..  Tina knew there was something a bit otherworldly about the short guy whose become her new boss.

But Devon was looking for more than just an out of work millennial, and Tina is about to embark on an adventure that she never could have imagined.  And she might even survive it, if she doesn't start throwing muffins, that is.

Genre
AdventureComedyFantasyHistoricalIsekaiSlice of LifeSports
Tags
Alchemy Female Protagonist Time Travel
Show
Table of Contents
Write a Review
Reset Filters
X
Write a Review
You must be logged in to rate and post a review. Register an account to get started.