What would a person do after living for so long, enduring bloodshed and loss?

Finally obtaining peace after living every day as they put their lives on the line for others?

Arain, a Primordial Elf, had no idea how to answer that question, but with a limited lifespan out of the way, she lived her life idly as the years passed. Without having to hold onto her weapons at every moment, she began to learn to enjoy her newfound peace.

The world she was brought to, a world that was once young and in dire need of help, was able to finally stand on its own without the help of Primordial Beings. Their mission to defend the world was passed on as new guardians rose. With their duty being taken from them, many were clueless on what to pursue.

Some went out to the unexplored parts of the world, searching for the history that had formed underneath their gaze. Some had pursued a peaceful life, wanting to enjoy living as a normal being and to reignite the passions they once had put aside. Some had moved on to found their own place to belong, enjoying the wealth and power that their identity brought them.

It was several millenniums in the Human Era. Arain began to feel restless, as if something was about to erupt and disrupt her life, one that she had so heartfully wished for.

A new Era was to come and new Heroes and Legends will be born. 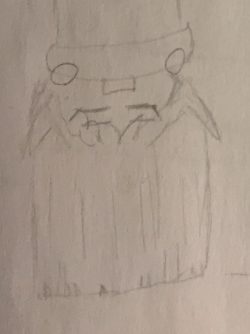 “Idol” Is The Strongest Job In This World! – Reincarnated as an Idol
By Quertzy
Our protagonist is a high school girl loner otaku. “I really love idols! They shine so brightly when they perform!” After attending her favourite group’s concert, she decided to go back home. However, just as sh

The Dryad
By Katuwarrior
The blight has overcome her woods for the first time in thousands of years. The Dryad, Laurel, has asked for the help of one of her only friends, the Great Animal Spirit, to find the cause of the blight. However, now that her friend has gone missi
Action Required