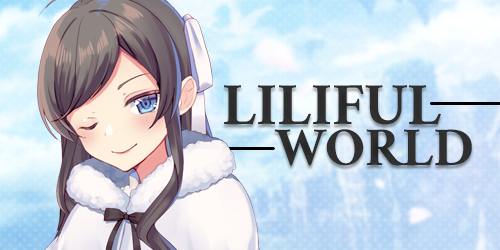 Announcement
[Warning]: This story is not meant to be taken seriously, it is a seriously not serious story; please read and just enjoy.

Another world: a word that every person who lives in this suffocating world dreams of; filled with swords and magic, monsters; living a world where wealth could be gained through adventures and a world where lucky encounters exist.

A wonderful dream to say the least, but for the most part, it will stay as a dream… that is until now; the creation of the first virtual world that is meant to simulate the ancient medieval days with swords and magic that every otaku would dream of; a world where one could earn temporary happiness.

“All systems optimal,” a robotic voice whispered before the loud taps of mechanical keys echoed throughout the room as I turned towards the sound before a white-haired lady sat on a stool chair with a laptop on her lap came to sight.

The lady wore a straw hat paired with a white one-piece that was almost like heading to vacation out on the beach; completely unfit for the scenery of this place which was filled with all kinds of scientific instruments and electrical equipment.

A silvery voice echoed throughout the room as the lady closed her laptop, looking straight at me with her crystal blue eyes that were glimmering; her face was tilted a bit to the side and her hair fluttered a bit despite the lack of wind.

“I am ready…” I responded whilst picking up the dark metallic helmet covered in electrical wires on my lap, raising it up in the air before inserting it onto my head as I laid back on a comfortable pillow with my sight covered in thick darkness.

The tremendous beating of my heart; the whispers of my breath and the loud beeping noise of the heartbeat monitor followed by the noisy roars of vehicles as it passes by the building, all kinds of noises were amplified as nervousness overwrote.

“Haaa…” I took a deep breath, listening to the sounds that pass me before the lady asked in a soft voice, “Administrative access granted; voltage rates, stable; connections to the mind-base are all optimal and live access to all systems are granted; live streams are up and active, and world generation is complete… are you ready to go?”

It was the final call as mentioned on our practices; the final look at all the checklists, ensuring that no accidents were to occur mid-attempt and ensuring all nerve connections were proper and stable along with the coordination of several government agencies.

“I am ready…” I said before taking another deep breath as both our voices overlapped, “Initiate, Solis Occassum!” as rainbows blasted all over the darkness, overwriting the nervousness inside my heart as excitement filled in.

That was until… BANG! A loud explosion blasted through my ears as the rainbow of colors vanished; the darkness took over once more, not one of my senses functioned… I couldn’t feel my body, nor could I move any of my limbs. It was as if I had lost my body, floating around in space, controlled by gravity.

Not a single sound, not a single object in sight; it was still darkness, more silent than the night… almost as if a different dimension placed for no one other than a single person, isolated from the rest of the galaxy… “I guess the experiment failed…”

I felt disappointed inside, understanding that there was no other explanation to what had happened other than the experiment failed and as a result, I had died; the project I worked on for decades, I dreamt of for almost the entirety of my life had failed… a disappointment; I felt hopeless.

“Chirp, chirp…” a wondrous sound whispered under the thick darkness, followed by the cries of the water as it splashes; the voice of the wind as it passes by me… I was all taken by surprise, opening my eyes as an unfamiliar world appeared before me as wide as the skies.

It was like a fish-eye lens of a fantasy world; the golden melting sun descending downwards as fields of golden wheat covered the land, forming a beautiful gradient of gold to light green; the scent of fresh, unpolluted air and the warmness of the atmosphere.

“Where am I…?” I stood up and asked, looking around the scene of wonder; it was as if I had tripped into another world like those stories I had loved; the world before me was one that all otakus would dream of; a world that was opposite to the suffocating world we lived in. “Is this a dream…?”

I unconsciously pinched myself on the cheeks, wondering whether the experiment had been a success but what responded was a different sensation; it was the sensation of pain which shouldn’t exist on Solis Occassum… not only that but the world felt too real that even Solis Occassum would be light years away from being this realistic.

Solis Occassium despite being revolutionary cannot simulate a full hundred percent physics and senses; it doesn’t have real pain values, sounds, and senses which leaves me with a single option in the list… another world reincarnation, isekai.

It felt like my heart was about to explode in excitement… a world that many of us longed for, an event that we desired… to live in another world that was separate from the troublesome reality that existed only to suffocate us was before me.

“What should I do…?” I shouted with excitement before a voice called out from behind, a divine voice that was as if the angels were calling me from above. “Dear child whose soul transcends all; welcome to the world above all worlds.”

I was taken aback and backed away in an instant, turning around before a white-haired beauty stood in the position where I was, dressed in a white dress that was as if a wedding dress, her hair fluttered in the air as she looked at me whilst holding down her straw hat.

“Who are you?” I questioned before the stunning beauty smiled as she walked towards me with her hand reaching out towards me, stopping a few inches away as she answered. “I am the one who you call, the Goddess of this World.”

My heartbeat immediately rose upon hearing her reply, my limbs turned numb as a single word manifested on my mind, it was a single word that answered every question I had a few moments ago… that word was “Death.”

“Is that so… then that means I must have died, right?” I asked with a quivering voice as the white-haired beauty who proclaims herself as the Goddess responded with a calm yet surreal voice, “Yes, during your final testing, the experimental device you have created exploded… not by accident but intentionally.”

“An intentional murder that one could easily get away with saying it was an accident, it must be her, huh…” I said with my quivering voice before pain riddled the depths of my heart as my knees gave up and kneeled before the lady, tears dripped from my eyes, yet I didn’t feel sad.

“To be betrayed by the person I trusted the most… isn’t this what life is…?” I mumbled to myself before the white-haired beauty kneeled beside me, patting my back as she whispered, “You still have a chance to live, but not in the same world…”

I was stunned, and unconsciously twisted my head towards her as a smile blossomed on her face, “What did you say…?! I have a chance to live in another world, will it be a world of swords and magic… considering how this is the same cliché as the stories I read…”

“Of course, it will be the same cliché as there is no other path to the other world…” the beauty pouted before she stood up and lent a hand towards me as she continued, “The world you will be heading to will be the same world you created, Solis Occassium, a world that was created through a single person’s imagination.”

“It is the same world you created by yourself, built with the stories you made in your childhood to the programs you made, do you wish to accept?” she asked with a suspicious look on her face as I frowned my eyebrows before inquiring, “What are the terms and conditions for this one?”

“Ah… terms and conditions, uh… simply entertain me with this genre… You… otakus call, Yuri or something…. I want to see more stories,” the white-haired beauty, proclaimed Goddess said as blood dripped from her nose.

And that was how I met the Goddess of Lilies, who wanted to transfer me into the world I created to fulfill her Yuri fantasies… damn you, Goddess!