Walking home, the couple reached the boy's house. Sano was about to say his farewell for the day but stopped as Inoue spoke before him.

“Uhm...Itsuki-kun! Would it be okay if...if I can stay a little longer?” Inoue requested looking at Sano with pleading eyes. She wanted to stay longer with him, as she would be alone in her own house. Inoue’s "parent" is currently on a business trip, so it’s only true that she would be alone at home and she didn't want that.

Sano seeing that pleading eyes from Inoue felt a conflicted feeling. It was hard for him to refuse, having really no choice but to invite Inoue to his home.

“Alright, but please don’t assault me like last time.”

Hearing him giving in to her request, Inoue’s expression turned into that of a very joyed young maiden. “Yes~~ I’ll behave♡, Itsuki-kun♡.”

“I’m home” Sano said as he opened the front door of his home.

“Welcome home, Itsuki...Oh, who’s this young lady with you?.” His mother says as she comes out from the kitchen greeting her son home.

“Ah, My name is Inoue Aimi. Pleasure to meet you, *Mother*” (Okibosama - Mother-in-law)

“Oh my, calling me Mother. You got yourself a good girl here, Itsuki.”

Sano looked away from his mothers words, not knowing what to say to his mother’s words.

“Why didn’t you tell you got yourself a very beautiful girlfriend, Itsuki? You could’ve told me she was coming over too.”

“Yeah, sorry Kaa-san. I didn’t really know what to say about this matter.”

His mother looked at him conflicted from hearing what he just said.

“Alright, I won’t ask why anymore. Just make yourself at home, Aimi-chan.”

“Yes♡.” Inoue replied happily seeing that Sano’s mother was warming up to her. Sano smiled warmly at such Inoue, who is making a joyed expression beside him.

Inside the room of Sano, Inoue is sitting fidgeting on Sano’s bed. It was her first time being in a boy’s room, moreover it was her lover’s room. Moving fast, Inoue jumped over to Sano’s bed smelling the scent of him through his pillows.

“Stop that, oi!?” Sano said as he reprimanded the girl’s antics.

“Aww, you’re no fun. I just wanna be more intimate with you” Inou said, as she pouted. “She looks cute when she acts like that…I just wish she would act more like this instead of being menacing all the time when it comes to me.” Sano thought as he looked at the girl who was acting more feminine and cute in front of him.

“Spoil me, Itsuki-kun♡!!” Inoue said as she smiled childishly, spreading her arms waiting for Sano to hug her.

Sano sighed and smiled warmly at Inoue, coming closer and hugging her tightly. 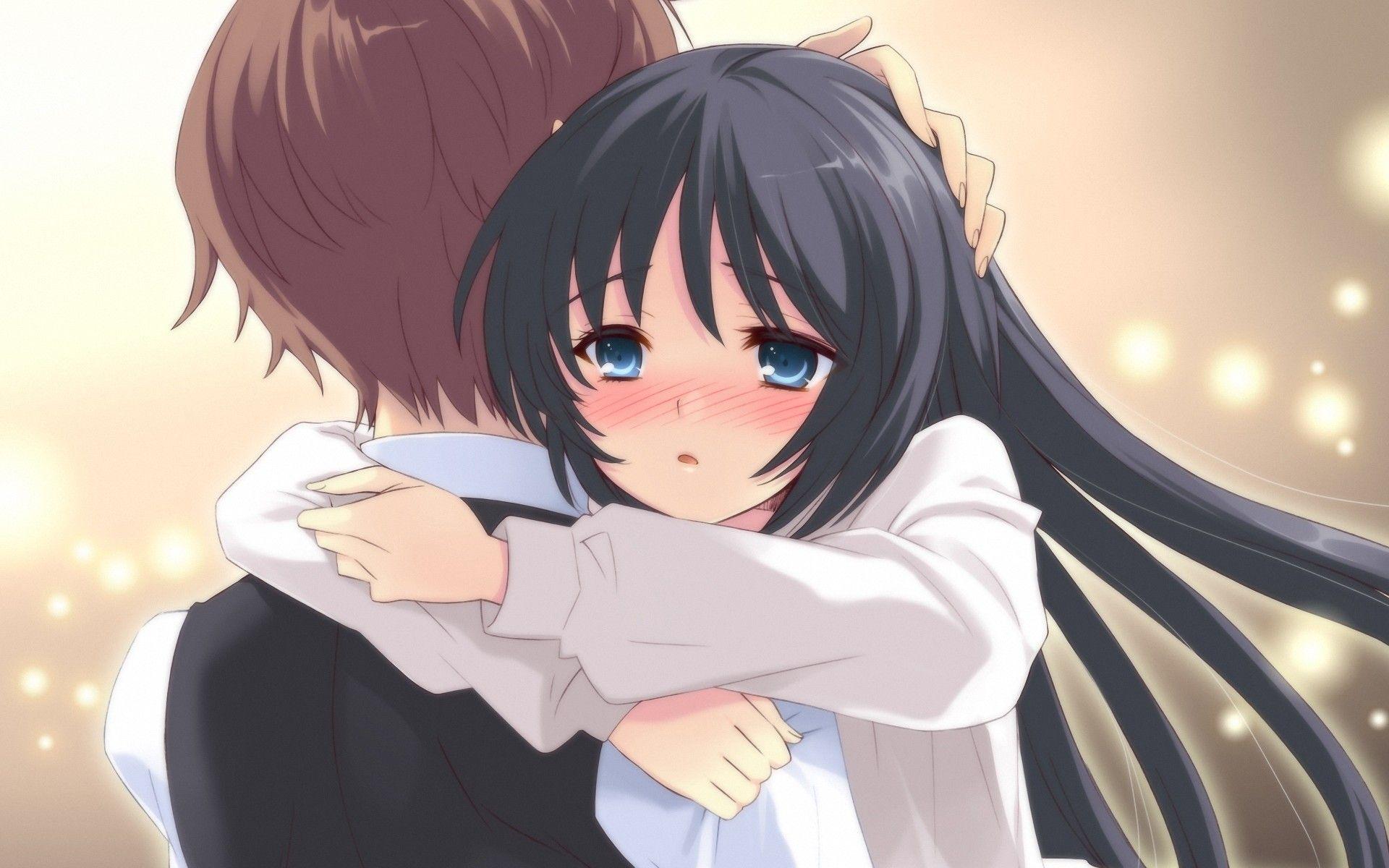 “Mhm” Sano replied, his face all red as he hugs Inoue tightly in his arms.

Inoue smiled happily getting embraced by the person she loved the most. Blissed as she was loving him more as time passes by, “I want more...I want him to love me more.” Inoue thought to herself as she embraced Sano tightly in her arms.

Inoue closed her eyes as she snuggled onto Sano, not giving him any chance at parting from her embrace. “I want to stay like this♡ for a while♡.” She wanted to feel his warmth a little longer.

“Alright.” Sano obliged as he spoils Inoue further, hugging her gently and letting her cling to him willingly. Inoue, given this chance looked into Sano face-to-face, charmingly smiled at him. Inoue drew her lips closer to Sano’s, kissing him affectionately. 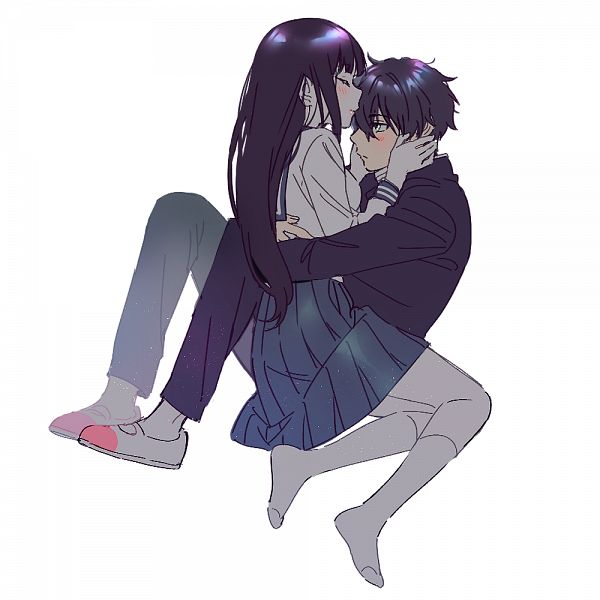 Inoue gave Sano a lot of love and affection from the bottom of her heart, Sano receiving them with his open arms, wholeheartedly giving it back to her.

She felt her feelings reciprocated, as shown when Sano sends back the affection she gave to him wholeheartedly. They both do so, affectionately bonding and embracing each other in their arms.

“I love you♡, Itsuki-kun♡. So please take care of me from here on.” Inoue said with her warmth and fondness.

“Yeah, me too. Take care of me from here on too.” Sano replies tenderly as he gives care to Inoue hugging her closer to him.

Both letting go of their embrace, the both of them looked at each other smiling warmly at one another. They shared their affection and caring intimacy to each other, showing their endearment.

The two couples couldn’t have expected that the boy’s mother was watching them intimately embrace each other.

“For you to have a very devoted girlfriend. Okaa-san is so proud of you, son.” Misato thought to herself as she peeks at the oblivious couple who were attached to each other in the boy’s room.

“Oops! I gotta give them their “alone time” a space. I mustn’t get in their way now *ohohohoho*!!” Misato exclaims in her mind as she laughs it off, going back to the kitchen to tend the food she was cooking.

Everyone, thank you for supporting this novel. I hope that you could keep tune in on this story as I have more Yandere and fluff to give to everyone.
62
Support The School Idol’s Obsession