New Volume, new cover. Volume three is here, and this is the new cover!!. 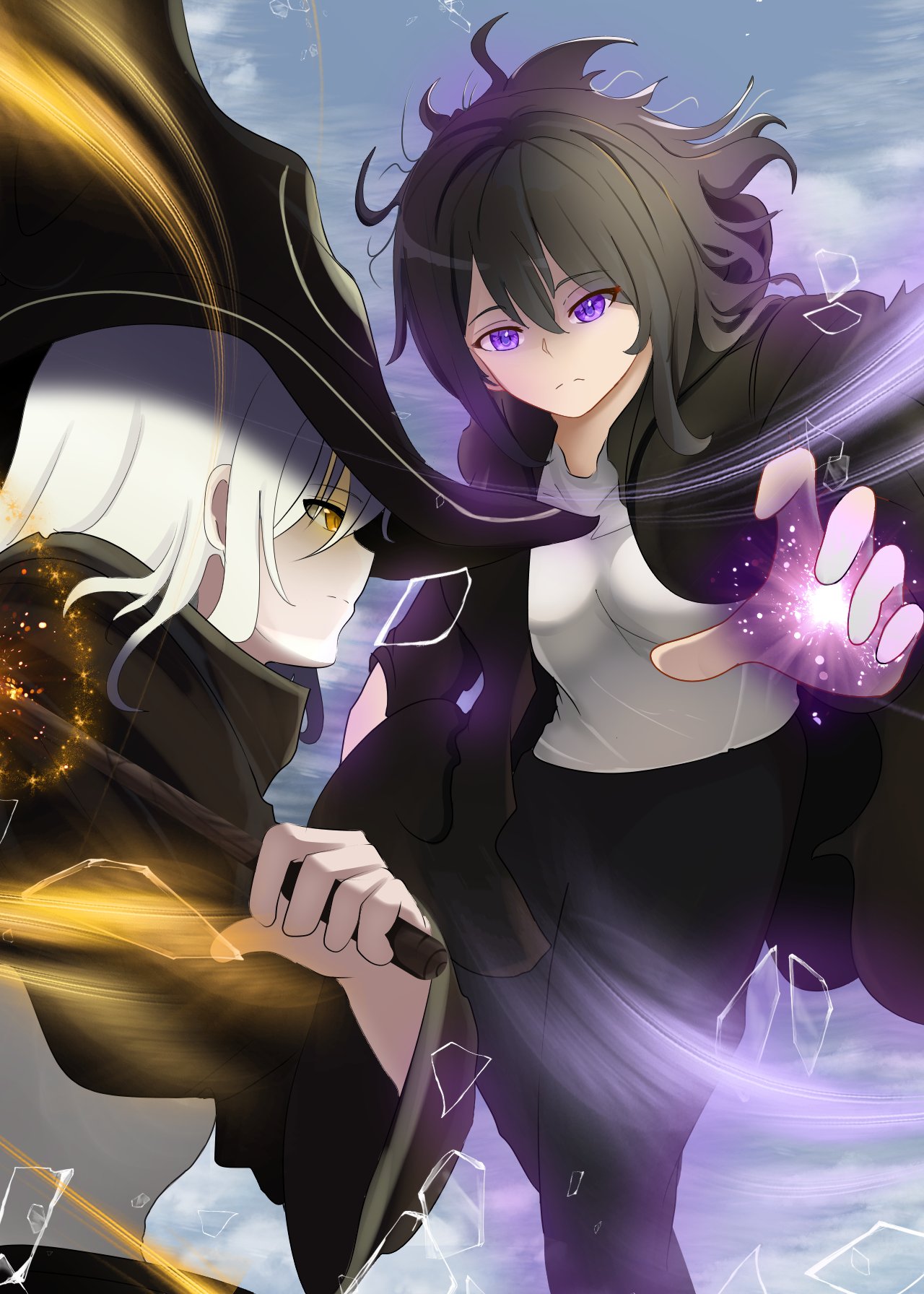 Delight and despair is the complementary emotion that complete each other. Every person in their life will feel those two emotions one way or another. That's how the world work. But Noephine Leosha didn't think the world fair. There were always more people that fell into despair in every world she visited. She didn't have that belief in the beginning. Noephine herself already has a taste of despair. Noephine always believes that after despair, she will encounter happiness. But her worldview changed when Noephine saw a girl in despair in one of many worlds. Noephine didn't approach the girl. She merely observes her from a distance. From the beginning to the end of the girl's life, she lives in despair without the slightest delights. Noephine frowned upon seeing her entire life. She observes the girl because she is curious about what type of happiness she will have in the latter half of her life. After all, the first half of her life is a harsh hopeless life. But until the end, her life is only filled with despair.

Noephine becomes more curious. She follows the girl's soul into the next life. Maybe in the next life, all that suffering will pay off? Noephine thinks that was the case. But reality betrays her belief. The girl is even more despair than in her previous life. Noephine didn't know why the girl fell even more deeply into despair. Noephine decides to follow the girl again into the next life. But the outcome is still the same. Noephine keeps following the girl into many different worlds, only to see that girl suffer in every world. Noephine saw the girl in so much despair that she couldn't bear it. She then has a new resolve to make that girl happy.

And so, in the next life after countless life passes. Noephine decides to bound her reincarnation to the girl. She bound herself for she will always be the girl's most important person. She will make the girl happy, no matter what the cost. She will Reverse the girl's fate and create a better world for her. A world where she can smile forever and ever.

As Carol plunged from the sky, she saw two girls fighting fiercely, as if wanting to take each other life. One of the girls is clothed in a violet aura cutting the air and opening a gap that looks like a portal from another world. The other girl looks like a witch holding a wand that shines in a golden light. Just earlier, the two girls are acting friendly with one another. Acting like they both are best friends. But now, both of them were at each other throats. Carol didn't understand why they were fighting. She has no time to think much about it as she falls to her death. Even her power to manipulate time flow will be useless in her current situation. She already accepts her fate. Death is inevitable. Unless those two girls save her, death is certain for her. Carol then close her eyes, waiting for the inevitable.

"You don't look that scared when you plunged from the sky. Perhaps you know someone will save you?" A man's voice says.

Carol is surprised to hear a man's voice. She opens her eyes and found a handsome black hair man embracing her in a princess carry. Suddenly Carol's entire face began to feel hot.

"Hmmm... Why is that your face suddenly became red like a tomato?" Said the man.

"Shu...shut up!!" Said Carol. "I can't believe this. I am a man in my previous life!! And now a man embracing me and I got embarrassed like a maiden?!"

Hmm... I wonder who that man is.
5
Support My Reverse Life

My Reverse Life
Oldest | Recent
Search
Your changes has been saved.
Action Required