"We need to get more HP into Bliz. Human-Elemental Synergy will give her some, as well as Empower Elemental. Can I raise her MR/min upkeep as I do with the robots or golems?"

"Increasing the upkeep is only possible with the Summoner class, Milady."

Flora checked the countdown; seven minutes left, but her break was finished, and she had to restart her rotation. Nonetheless, she cast Empower Elemental first because she wanted to level the spell as much as possible.

Flora used the next two breaks to learn the class's skills and a third to familiarize herself with them.

"Honestly, the Active "Can raise the upkeep of the elemental up to its quality" is kind of confusing. I just performed the same action as with my golems and pumped mana through the link, widening it. If I hadn't attended the Animator class, I wouldn't have known what to do. And I still don't know what 'up to its quality' means."

"Actually, Robots and Mech-Suits have the same limitation, Milady. You are only able to raise the MR/min to a certain number. I'll post you the table for tier 1 companions."

"No wonder the restriction never came up; I haven't even enough mana regeneration to go up to Soldier quality." Flora increased the link to 25MR/min. She used 2 MR/min for her foci and 10 MR/min for the aura. Because she wore the Mini Overlord set, her Magical Regeneration reached only 37 OV. "Aito research a way to get more MR per minute. Or is there a way to spend our Physical Regeneration? I have a lot of it and don't exhaust it."

Happily, Bliz whizzed around the sitting Flora. She seemed to have grown a few centimeters. Her HP wasn't as panic-inducing as before, but with 501 health points still too low to survive even one tick of a Deep Acid Burn stack.

As the countdown hit 1 minute, Flora changed the rotation in preparation for the last 20 seconds when the cave's ice and acid affinity would exceed her own affinity by one tier and Bliz's by three.

Bolster was Flora's ace in the hole for saving Bliz.

Description: Your next healing spell produces temporary hit points, whose aggro will be attributed to the tank.

With bolstering the Beam, Flora wanted to wrap the elemental in a thick layer of temporary hitpoints.

A grey bar extended Bliz red HP bar. After a few seconds, it doubled its length, then tripled. When the timer reached 0:30, the bar was as long as the width of Flora's HUD.

Next, Flora wanted to cast Empower Elemental but noticed that Human-Elemental Synergy used her link's entire bandwidth. She wanted to curse but had no time for it. While still channeling the bolstered Beam, she added spells with her other hand.

Bliz's temporary HP stabilized at 3760 health. Ten times the real HP was the maximum the temporary pool could reach.

Flora channeled the second Beam only for its secondary effect. The cave felt all-powerful because it can stack up debuffs on them? Flora was mighty because she could stack up healing buffs! And the cave couldn't dispel them, unlike Flora!

Flora didn't need to look at the timer, she saw her HP fluctuating. The shield around Bliz dimmed.

Another chunk of Bliz's grey bar broke away. Although it was not as large as the first one due to the protection of the Halo, Bliz had less than 40% of her temp HP left.

Flora's math was spot on, but she neglected the effect of her Healing Water Beam. It added another 130 HP, so the grey bar was still twice as long as the red bar.

"Time for a miracle: <Thaumaturgy!>"

Miracle Buff: Protection of Faith: Adds your Faith to your Resistances. + 38 OV to all Resistances for 10 seconds.

The multiplier of the Light Acid Burn melted, and only one application remained.

Bliz temp HP sank only slightly, and only her Light Etch counter rose.

Refresh was running out, and Bliz still had too many stacks of Acid debuffs. In this second, ten effects were reducing her load:

Refresh – Bounced by the Wavering Wave-Ring

Halo - Bounced by the Wavering Wave-ring

Only Super Wavebreaker was capable of reducing quality stacks because the cave's higher-tiered affinity hampered Flora's ability to cleanse regular spells. The other effects could only reduce Light Etch, and if none of them was available, the lower tiers. Only if it had cleared all of them, it would nibble on the higher tiered stacks.

Bliz temporary HP rose! Not much, but the grey bar grew a bit longer.

However, all of Flora's joy vanished when another stack of Deep Acid Burn appeared.

"Burned Toast!" Flora couldn't help herself. She had to voice her anger about their bad luck, losing precious milliseconds in the process. Fortunately, she was still channeling from all foci + link, but she was at a loss what to improve.

"The wood stacks are running out, Milady!"

All of Bliz temporary HP evaporated. Only around 90% of her red bar remained.

The Halo around Flora's head and its precious -28% damage buff vanished.

However, the Super Wavebreaker was faithful to its name and reduced the Deep Acid Burn to 4 Light Acid Burns.

But could Bliz survive the incoming 1000 damage?

As the counter turned to four seconds, Flora cast Dawn.

Flora looked at Bliz with wide eyes. The elemental was still zapping around next to her. Her shield had popped as soon as it was cast, and only a tiny sliver of red HP survived.

Only one stack of Light Acid Burn remained under her empty bars.

"I'll smash the cave if another one of those keto(1) stacks appears!"

Flora hugged Bliz and got ready for a Selfie Breath.

The stacks of wood healing mended Bliz just in time for the next tick.

Then the timer vanished, and achievements popped up.

"We did it!" Flora cheered but still channeled Healing Water Beam because the debuffs on Bliz didn't vanish with the end of the countdown.

"By the way, there are + Magical Power OV achievements for dispelling debuffs, Milady. I estimate you need to cleanse at least four entities in the next cave."

"If we use players instead of elementals, it should be easier. Should we try it in the Earth-Wood Cave? My Wood affinity is over 100, so the last 20 seconds won't wrack us as much."

When Flora entered the main cave, she was unsure about how to get party members. She felt shy about yelling and mustered the crowd for people to approach.

"You can find a party via the Looking For Group feature of the loggy, Milady. However, you won't get the Elemental Tempering achievement when you join a party."

Flora inspected the LFG tab in the loggy. There was a queue for each of the caves and one for an instance. Decisively, she closed the windows.

"We'll stick to the original plan. Getting a better rating for the affinities is long overdue. I regret that I didn't go for it sooner. They would have been handy for the training. But maybe, I wouldn't have the levels to succeed before the patch. Let's warm up my butt with fire."

Flora entered the Fire-Wind cave next.

Immediately, Bliz waved from left to right and back again. She bombarded Flora's mind with feelings that could be verbalized with "Hot! Hot! Hot!"

"Alright, I'll admit that a fire domain isn't the best environment for an ice elemental. See you soon, Bliz." Flora banished the icicle and summoned Shish, one of the air elementals she had used while free-running. The mini-tornado possessed the skills Wind-Shield, Healing Wind Bolt, and Wind-Halo.

While positive effects could cancel negative effects, neither fire nor wind could remove the debuffs from other elements. So Flora used fire to protect Shish but cast Redraft on herself, which increased her Magical Defense and because of Divine Radiance and the Wavering Wave-Ring, Shish's as well.

Flora even had enough time and concentration left to inspect the spell-diagrams they had picked up, Conjure [Element].

A blob of water appeared above Flora's hand.

This time, Flora made sure that none of their buffs ran out. Therefore they entered the Level 100 affinity phase with a ridiculous amount of high stacks, nullifying the cave's debuffs.

Flora's bedroll suffered more than the auntie and the elemental.

For the Wood-Earth Cave, Flora summoned a random earth elemental. A boulder formed his torso, a smaller rock its head and four stones its legs. He even had a tail-like pebble opposite his head. In short, he was an ultra-cute stone dog. With Earth Charge, Earth Halo, and Earth Rain, he had the skill-set of a masochist, which fit with his bulldog temperament.

"Aidan… How are the stacks of the earth elements called… Don't tell me they are Pebbled, Stoned, and Rocked."

"I'm unsure how I can answer your question without telling you that those are their names, Milady. The fifth grade is called Smashed."

Flora half groaned, and half chuckled.

Fifteen minutes into the exercise, the earth elemental provided Flora with his name: Bouldrock. 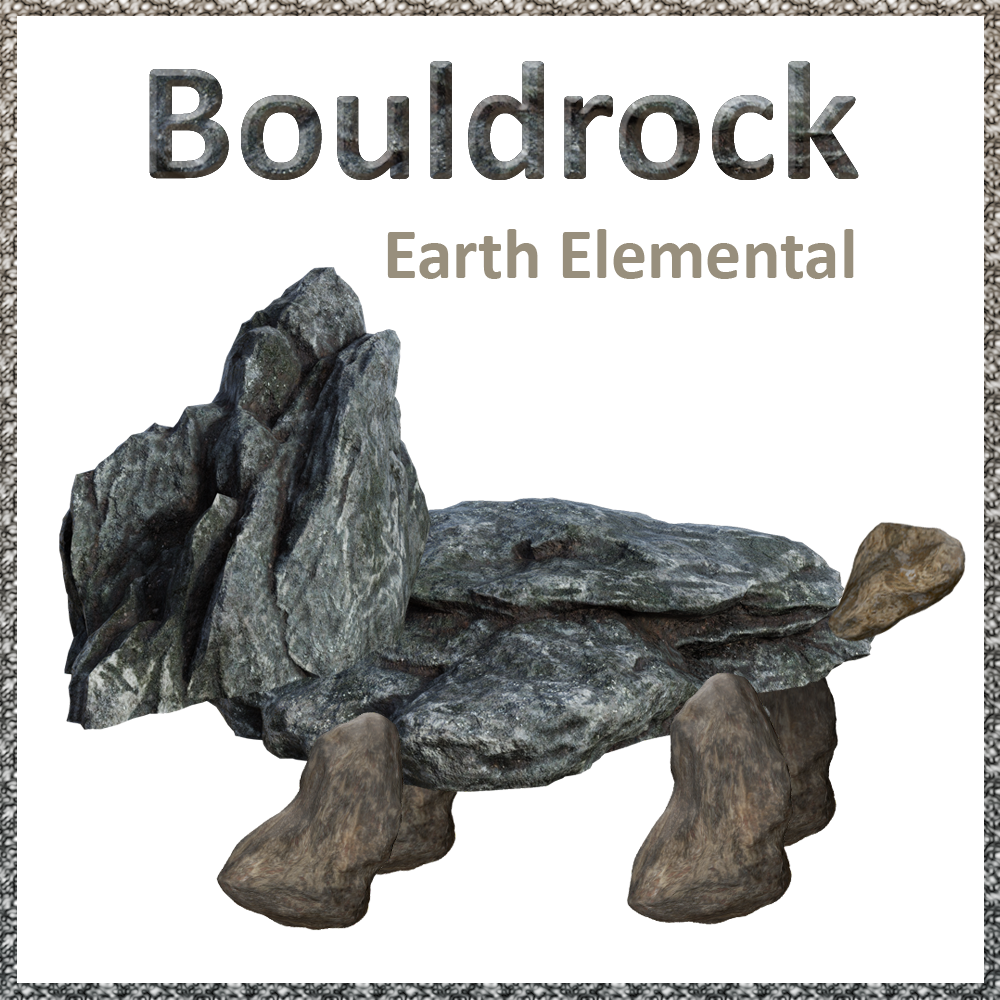 Flora would give the System two thumbs up for the bad puns, but she was busy stacking buffs.

Last but not least, Flora entered the Metal-Lightning cave with Kaytsak.

Fortunately, elementals couldn't bleed. However, the jolts and later shocks hampered Flora immensely. Not only did they interrupt her casting, but they also set the spells on a cooldown.

Finally, Aidan told Flora that if she set her pain slider to the maximum of 70 percent, the system wouldn't automatically interrupt her, and it would depend on her innate skill whether she could prevail.

Although the cave gave Flora only 'Light Shocks', she had a very unpleasant time. Additionally, all her spell casting was weaker due to the metal handicap.

Flora and Kaystak only survived because of her experiences in the other caves and the fact that she could switch to another element when the cooldown hit.

In the last twenty seconds, she received two Deep Shocks, and her bedroll was shredded. She exited the cave with smoke coming out of her ears and a brand new hairstyle.

What is worse, Stoned or Rocked? Should I set Lightly/Deeply Stoned as 1,2 or as 3,4?

The Class-Tree still shows Janitor as Root-Class because Flora forgot to change it after joking around with Eddie and Mia during the 10v10.