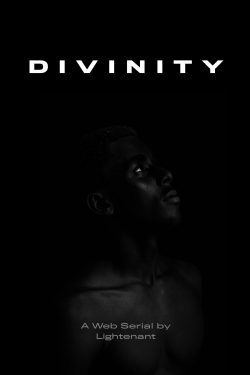 “Let an old warrior caution you, there are parts of every tale that are not told. The part where none of those mighty champions died peacefully in their beds. The part where the hero meets their end surrounded by the enemy and in horrible agony. They were alone in their final moments and unsure if their sacrifice would bear fruit. I do not want that for you.”

The Heavens created the Realm of Man and saved it from the eternal silence of the Void - once. Centuries later, humanity’s unity has fractured beneath the weight of time and the whims of man. Raegn Edelgard fights on in his home of Bastion, one of two everlasting fortifications to protect the Realm from the remnants of the darkness that still persist.

Raegn hoped to be written into legend alongside the stories that inspired him since childhood, yet the scouting skirmishes and small battles that have been fought since the time of his forefathers offer little chance at glory.

When the Void wakes once more the Realm questions if the first war was ever really won…and if they might be saved again. Raegn is left searching for purpose and must navigate through a world teetering on the brink of extinction.

Dire times create the greatest heroes, but tales that stand the test of time are written twice - in blood before ink.

Divinity is a fantasy series about Raegn Edelgard, a young man who must make his way through a world that is struggling to realize it is, for the second time in its history, teetering on the brink of extinction.

Providence of Wisdom
By Kotohood
Ride, a naive and honest adventurer whose goals of being an S rank far far away. Effinshia, an older swordswoman with many years of experience, accompanied by sentient weapons who sometimes(always) give her troubles. Although being differen

Green Wastelands
By zimmergage
Lilia rather sleep all day than go to class. Avoiding her problems sounds like a better idea than getting hurt. But that was just a typical day for a girl living on a military school compound surrounded by the greenest Wastelands that ever existed
Action Required