The plane of Rumiga, frontier of the Eternal Empire of the Righteous Order, one of the myriad planes where many sought to live in peace, but the eternal threat from the Chaos Sea threatens their way of life. Only the powers of their soul, their Anima, allows them to fight against the monsters spawned by the infinite potential of Chaos.

For most of her life, thirteen-year-old Yuriko Davar wanted nothing more than to follow in her father’s footsteps. When her training reveals a Heritage no one could recognise, she finds herself having to rely on her instincts so she can learn more about herself and the ancestor whose Heritage she received.

I have never written a review before, but this story had no reviews at the time of me writing this and I feel the story is underappreciated. I also think there are not enough tags to really give an idea of what the story is about.

The setting is basically a magi-tech world, with air ships, hover cars, etc, with somewhat modern conveniences like baths and showers. There are guns (shooting magic projectiles) but combat is also heavily based around melee or other magical abilities. The world, or the empire they are in, is vaguely Roman with Legions, etc as their military system. I wouldn't really call it a "modern" world but it's not really medieval either.

The setting and the story are very good. They are very cohesive and well described. There are a few info dumps but the world is mostly built naturally. The story flows very well and it is very well written. There are very few grammatical mistakes.

The characters are also good, though maybe there are a few too many introduced too quickly. Some of the side characters are a bit indistinct from each other. The main character has a good balance of flaws and strengths. She is a very hard worker and very determined. She has the makings of an OP protagonist, but it's pretty well balanced and reasonable. It doesn't feel like the author is throwing random bullsh*t around to make sure the MC stays OP. She has to work for her strength and has roadblocks. For her faults, she is very socially oblivious, while also being described as extremely attractive. She draws attention all over the place but is not aware of it. A fair amount of the story so far involves some of the side characters are trying to draw her attention while she is completely oblivious and uncaring. At this point, she has no interest in romance. That said, I would not be surprised if there was at least a romance subplot later in the story. Though, at this point, the story is nearly 300k words with only a couple months having gone by and the MC group are just 13 year olds.

A little spoiler about inlaying her facet (her heritage) since I felt it was kind of starting to drag on for too long; the payoff is good. If you are at that point, read until she succeeds. It doesn't take TOO long and the way the author had it done is very good.

TLDR: Read this story if you are looking for a strong female lead with a unique power system. She doesn't start out helpless, she has put in a lot of training up to the story's start, but I would describe it as weak-to-strong. The story and setting are great and it only looks more promising as it goes.

Also, as a final note, the first chapter is very long but all of the following chapters are split up into a few parts.

This story honestly deserves more reviews than it has. It's a magitech world of not-quite-cultivation, a protagonist whose romantic density is surpassed only by generic light novel male leads and yet manages to come across as endearing rather than insufferable, and a cast of side characters who... mostly have personalities.

For reasons I can't quite articulate, but which I think are probably related to the power scaling or the pseudo-Skill system, I am oddly reminded of litRPGs at times, yet the story is definitely not one of those.

Honestly I'd probably give it 4.5 stars rather than 5, but ScribbleHub doesn't work like that and I'd prefer to err on the side of generosity.

The history is so much fun, Yuriko's personality is very bright like the Sun, and her density emotionnal is also equally dense that Sun's one.

The other SCs in particullary the ones who have there own POV (yeah the antagonists too) have a rich palette of personas.

The World-building is great so fluide that you can continue the story without be lost by info dump chapters, because they are no-existant.

The author carry us fluidly in another world (or not?) who have been shatteted by unknown circonstances (or not?) without pauses (yeah when you start novel the only who have some pause are the MC and SCs (not always for some, and believe me there is a lot of them, but it is fine, because we can see the main story advance with the important side-story who have some indirect or direct influence on the principal)).

And contrary at me, he don't make extandable explanation.

So Great story we can enjoy to our hearth content, a good Universe who aspire us, fascinating explanations short be clear as crystal water.

This is probably one of the most underrated novels on the entire site. Each chapter builds anticipation untill it is able to be physically cut with your anima.

Whenever I finish a chapter my day gets better ever so slightly. This book is insane.

This book is criminally under read. It has a level of quality and polish that you very rarely see on ScribbleHub. The world building is fantastic and easily the novel's best attribute. It paces out its information with minimal info dumps wherever it can avoid it.

My only downside in this story is an irritating running bit that isn't addressed until quite late. 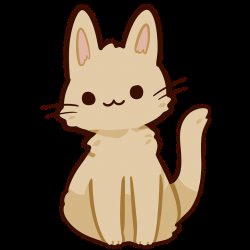 Truly, one of the best novels I've read;note so I have just finished all the curtly related chapter I am not good at reviews but I really enjoyed it and I think you should read the novel or at least give it a chance

This story is exceptional, no idea why it is not more popular. 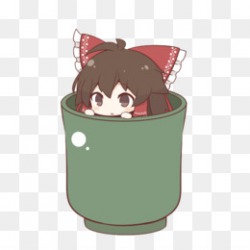 Didn't make it through Book 1 - the world building stagnates a bit, which is fine, but the characters themselves are unlikable. It doesn't read like a Young Adult novel, there's no drive. I dropped it when our MC is dragged into flirting because god knows 13 year olds are just all about the s*x. (How fun I say sarcastically while closing that page).

Cliché Reincarnation
By czar71
Reincarnated to a swords-world where magic is extinct, will the ex-soldier within be able to overcome his challenges in this new world and go on adventures? ————————————

I Got To Choose The Settings For My Reincarnation So I Decided To Become A Cute Catgirl In A Fantasy World
By Birribi
I wake up to be greeted by Satan, who then proceeds to tell me I get to be reincarnated and I get to pick the settings myself?! Heck yeah! Now starts my new life full of adventure in a fantasy world! Probably should’ve read the fine print fi

The Sidekick Story – I Reincarnated As Sidekick In Fantasy Game World
By rohitbhati22
Arthur king the son of you Duke Ronald king suddenly gets his past life memory. And from the memory of his past life, he learns that he was a game developer in his past life and they developed a very famous fantasy adventure game that changed the

An Aura Master in One Piece
By Calvin_Waterson
A normal 20 year old living alone in his boring normal world with nothing to do, somehow gets thrown into the world of One Piece as a Riolu. (This inspiration came from the same idea from another writer. So thank you James F on Royal Road for this
Action Required