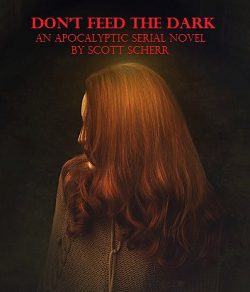 Something malevolent has awoken in Northeast Ohio. Former acquaintances, neighbors, loved ones—all at random—transform into flesh-craving monsters hell bent on devouring the living. Corpses are rising from their places of unrest. Nocturnal animal-man hybrids hunt in packs. The dead are awakening from within the living…

By morning, the sun weeps over streets splattered blood-red as an unsettling silence soon follows, lulling the broken remains of society into believing the blood bath is over.

As a second wave approaches, a handful of survivors from all walks of life must put aside their differences and band together to escape the pending slaughter while storm clouds begin to gather from within their fragile community. Some who were once respectable in the eyes of society will devolve into madness while the despicable rise to the occasion in a world no longer respecting of persons.

It is their world now. The dead are hungry and do not discriminate.

Bruh this is my favorite apocalypse novel, like I love this novel. I keep editing my review while I keeping reading this novel. AND anyone reading this review, read the goddamn novel, it's so good also write comments it's fun interacting with the author

Go and read this!!! It's one of the best novel I've ever read online and definitively the best apocalypse themed one. I'm not a native (as you probably had already seen with my poor English skills ^^) so I can't tell anything about the writing; but the story is amazing.

We follow a little group of survivor during a zombie apocalypse, and a hardcore one as some of the zombie retain basic intelligence (nothing fancy, but just enough to be a threat).

The characters are well writhed, as most of the story focus on their relationship and how they try to survive together and here we get to the strong point of the story, they are realistic. As the reader, we know that they can't achieve their goal of reaching a safe place as it will be the end of the story, and we know there is still a lot of chapter to read. But I want them to succeed! Despite the fact that some characters are despicable, they are still humans with all their flaw. And they evolve in reaction of the apocalypse, some growing harder, other softer. Many die, even among the main crew, and even if we know that some character can't die know as they are too many things left to tell about them, there is always enough characters "able to die" to maintain the tension. And I've often be proved wrong on the "who will be the next to die" guess. However, even if they die, they're usually here long enough for us to know them and care for them, as most of the characters get a long backstory that allow us to discover them in more depth. This is a multiple point of view story by the ways, which I found great in this kind of story because you can basically kill all the character.

Another strong point of the author is foreshadowing, we have just enough to get an inch about the truth, but never enough to be sure.

Russel was the first character introduced, and as such, bound to be an important one and Marcus the only one from whose we hadn't view point. I had made the link but believed that if it was true, we would have had more hint so I didn't believed it myself. You did an amazing job on that one, for me it was just the perfect revelation, it was both believable and surprising which is quite a difficult balance to attain

You feel that the author know where he is going and not just twisting the world to get what he want. And it's allow a good treatment of the supernatural part, which often become a "shut up its magic" bullsh*t in those kind of novel. Here even if we don't know all the rule yet, we know the author does and don't just make it up to save the character from a difficult situation. Superpower are rare (really rare, not "rare" and everyone in the party get them) and seems too often suffer from severe drawback ("seem" cause we had met too few of them yet to know).

To conclude, I would tell you to be sure you had a lot of time before you, get a comfortable position, a lot of coffee and get ready to one hell of a ride, because you will probably not be able to stop reading before reaching the end of a book! 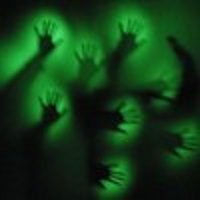 My Psychotic Ghost Girlfriend an Isekai Experiment Gone Wrong
By KiraMinoru
If you were told there was another unseen world hidden in plain sight, would you believe that? If you were told invisible otherworldly beings pulled the strings in the background for their own sick and twisted amusement, could you accept th

Thrill to Thrall
By blue98
A Halloween night that started out ordinary becomes far crazier when you and your two friends get bitten by what can only be a vampire.

The Werewolf Cheerleader
By Milestro
Being a cheerleader is easier than being a werewolf. Jessica Tumbleleague is a typical teenage girl who loves being a cheerleader at Moondale High. But after an encounter with a werewolf in the woods, Jessica discovers a frightening world s

Monstrous (Rewrite)
By greatATTACKshark
An old monster awakens in a new world, and he is very hungry. (Cover by nm.captain_mysterious37 on Instagram)
Action Required