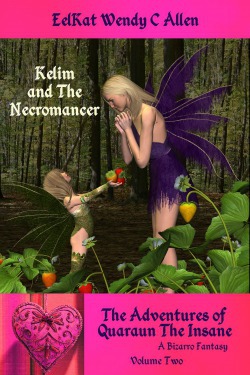 While searching for his lover's killer, The Pink Necromancer crosses paths with a love sick Pixie hell bent on doing whatever it takes to win the love of a Lilac Fairy. Quaraun ignores the Pixies request, until he realizes the Lilac Fairy's father is the man he's been looking for. The evil Necromancer hatches a plot to take everyone's souls and heads, by granting Kelim's greatest wish.