A galaxy-wide creator of life found its purpose for the first time since its birth eons ago. It had wanted to see how its most beloved child would live.

However, she has died, and the one who killed her has gained even more strength.

This divine being became enraged. It had never felt such pure hatred before. It behaved a bit recklessly as a result.

It called upon an ancient power, far above it in rank. This supreme authority chose to fulfill the deity's request for vengeance. But, He sent His cute little children in His stead.

His two inexperienced kids, named Ajax and Shaula, were born as humans on the planet Earth. On the last day of their 12th grade, they are plucked from Earth by their Father and sent to a new world called Omicron. Here, they will face the greatest challenge of their lives so far, and take up the burden of their birthright.

Finding and killing a god should be the easy part of the story.

== This story is a reboot of my other story of the same name. I'm on RoyalRoad too: https://www.royalroad.com/fiction/57834/the-children-of-the-divine-limit == 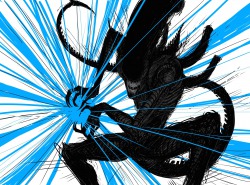 Starting Over as a Daughter of Wisdom
By KatSmithWrites
Naythen Campbell was looking forward to Halloween. With all the preparation he’d put into his costume and the evening plans he’d made with his best friend Natalie, he was expecting it to be the biggest night of his life. He wasn’

Undying Empire
By AuthorSME
Elinor is just a sixteen-year-old goth going through some abnormal teenage drama; her parents are involved in giving some ‘unwanted’ humanitarian aid to Venezuela, and they’re dragging their daughter along to expand her world vie

Young Master
By CynicalStrawberry
From being mistakenly summoned as a hero, to being thrown right into a battle for the throne, to finally finding his true calling as a police officer…sort of, young master Arek goes through a whole lot in this story. He is betrayed and manip

Just another Reincarnation Story
By Sadgenju
You probably know Truck-kun, Overwork-sama, “I’m sorry I killed you off God-chan” or even “Hey wanna play a game window”. Well for me it was Lightningbolt-dono. When I got to myself, I was rather suprise
Action Required