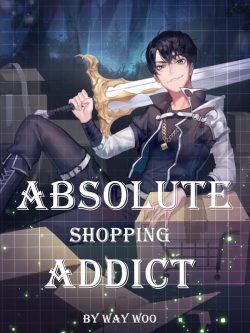 Jake Smithson was an ordinary man who lived an ordinary life and worked at an ordinary job... until he found himself on a fantasy world and tasked to fight off monsters.

While his old life revolved around one thing -- online shopping -- his way of life in this brave new world remained the same.

In a world so very different from his own, with his life turned upside down, he turns to the one thing he knows. Accompany Jake as he takes the first few steps on the journey of working and buying his way towards absolute power.

A very fun novel to read due to MC's strange behavior. MC is a shopping addict and it feels strange to me that he has a weird job. I don't know if it is unique or something but I hope that there are more unique character class too. Author has yet to expound on class system and basis of how a person get a class (Needs world building). Some "NPC" appeared but it seems like they vanished. I do hope some developments appear related to them after the tutorial arc. Other than some discrepancies with the MC, the story is very fast paced. The store seems a bit too weird as well with regards to points. It seems like later on the store would not be a unique point of MC and I wonder if other awakened humans gain points through killing as well.

This review doesn't transmit an objective opinion. My score is 3.5 (which translates as 'above average', 'decent' btw). It's three here because it's not four.

The MC, Jake, is an addict (not a spoiler). His addiction is absolutely self-consuming and a bit quirky at first sight, since the author smartly didn't choose a drug addiction or gaming addiction, which are frowned upon and not usually made fun of in society and settled with something minor.

Unfortunately, Jake's addiction IS drug addiction by its severity. He literally is ready to do everything to quench his thirst. When you get to a setback, he completely loses his mind and swears to destroy everything that stands between him and his drug.

Here we come to my (not objective, again) problems with this novel.

1. His addiction is the main motivation to destroy (read = murder) other people that stand on his way to the next dose, among other things. Which means he is a mildly disgusting human being, yep. I say 'mildly' because the author does indeed stay in 'comedy' genre realm significant amount of time, so many readers won't treat it as seriously as, unfortunately, I do.

2. Jake is an addict who is aware of his addiction and does nothing about it, which he has every right to. He is a highly organized addict who doesn't commit crimes (which I, as a reader, is aware of yet) in his life on Earth, so I don't even count as a flow to his original character.

However, his addiction becomes a flow in a highly dangerous situation that pushes him to do every dangerous feat and risk his life, so it becomes a so-called character flow.

Therefore, every good character flow requires corresponding setbacks that the hero must fight against to maybe correct the flow or learn some viable lesson, or simple live over it in and proceed with the flow unchanged. And drug addiction (it is one by its severity, if not by name) can produce any number of setbacks, so I was reading in waiting for one.

I read up to the first instance Jake might have been truly kicked by life, which was cool.

However, the author saved both his well-being with the plot (which fine in novels, really) and his standard regular dose of the drug. The lesson? The aforementioned 'I shall destroy for a dose', which kind of killed it for me. And yes, it's a comedy, I know. Never promised to be objective.

3. I am yet to see any character asking Jake 'where do you get this stuff' aka modern goods that are exclusive to his skill. I mean, it doesn't make sense he want to keep it in secret while openly demonstrating items no people can acquire.

I will read the novel for a bit, to see if anything changes though. 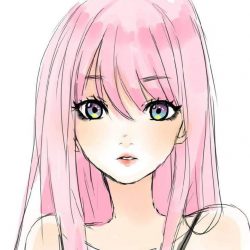 So I had to stop here. This novel has an intriguing premise. Intriguing not interesting. I wanted to see how the author would make this work.

The MC, Jake, has barely any character. Half the novel, I don't know who is speaking because of the weird way it is written. The author keeps playing on this Jake vs. Everyone stitch but it doesn't work out, nor is it even mildly interesting because of the way things turn out.

All in all, this novel isn't really interesting. Perhaps you can call the first few chapters a bit fun. I think the story would have gone in a wonderful direction if the author played on the fact that Jake is slightly unhinged. Instead, he's apparently just a regular guy addicted to shopping.

THE CODEX OF CREATURES: SALVATION
By Apollo
Under the desert hot sun to the tangled branches of green forests. From the cold peaks of mountains to the dark depths of oceans. What an extraordinary our world is, full of mysteries and wonders, Yet brutal and merciless. T

Tethralin (LitRPG)
By zeryn
In a world many years ahead of ours, a technology which moves a person’s soul is introduced. Then, using their technology, Xyvarc Corporation creates a game called ‘Tethralin’, moving players’ souls into this game. Z