Depending on who one asks, the First Families of Kraej number as many as a few dozens or as few as eight. The oldest of the noble families claim descent from Blessed Laerke, the youngest daughter of Hjalmar, the tragic magician king of lost Eatuhea.
—Sigvard Frederiksen, “The Sacred Demesne”

How could Uriel forget the script? Doesn’t he know that I’m the one who explodes in anger and he’s the one who always has to stop me from murdering the men? It makes no sense when it’s the other way around!

It was her fault. I should have known that little devil angel was trouble!

Uriel and I had just finished training the men. Many promising young ELs were almost ready to be promoted to officer rank. I’ve never been the most patient of men, but I knew the importance of well-trained staff, so I took pains to test them in field conditions. Today was a joint field training exercise with mine and Uriel’s men.

We had finished for the week and were showering when I overheard the men talking. There’s always lots of what people call “locker room talk” even when soldiers aren’t in the locker room, but there was something about being naked around other naked men that seemed to bring out the cruder feelings in us.

I mostly ignored the men’s talk. It was just background noise to me.

“Did you see the claw marks on Commander Uriel’s back?”

The men sniggered and someone whistled loudly.

“I don’t get it, why haven’t the scratches healed?”

“Are you a virgin?! Don’t you know hickeys last for days?”

“Marks last if the person who made them wants them to last. Something to do with anima.”

“Anima and excitement. Scratches only last if it's done in the heat of passion.”

“She must be a real hellcat.”

“She’d have to be, with Commander Uriel.”

“Do you think she has to buy extra-wide tampons?”

I didn’t recognize their voices and from the way they talked, they must be Uriel’s men. I often heard them boasting about their leaders' exploits with women. The number of his affairs and his alleged sexual prowess were a source of both titillation and pride for Uriel’s men.

“Do you think it was that red-headed actress from Heirs of the Ancestors?”

“Yeah, but you’re not Commander Uriel.”

“Israfel likes the little ones, too.”

“Have you seen his girlfriend?”

“No, but I’ve seen yours. Niiiiiiiiiiice legs.”

“Shut up!” There the sound of a scuffle which I ignored.

“I saw a girl with Israfel a few days ago. Was that his girlfriend? Short, blonde, blue eyes.”

“Nope, that one was Oren’s girlfriend.”

“The blond rookie, the shortest one.”

“How the hell did he pass the physical?”

“They’ll take anyone with a pulse!”

“Dammit, even the rookie has a girlfriend!”

“I wouldn’t mind a girlfriend like her. She had a great pair of tits.”

Ugh. Now the men were talking about breasts. They just went on and on about it.

“Who is this girl anyway?”

“I told you. Oren’s girlfriend, Asteria.”

Oh. My mind went blank in shock for a second. What the fuck?! I was pulling my pants on and running towards the men when the same idiot said, “I’d like to lift her up and spin her around on my di-”

I was about to tear him a new one when I saw Uriel running towards us from the other direction. Uriel was supposed to stop me from unleashing holy hell on that stupid EL, but I took one look at his face and knew that he had no intention of doing that.

Uriel marched right up to the men and said, in a slow, measured tone of voice, “What are your names?”

The men were shaking in their boots as I interposed my body between the loudmouth EL and Uriel to forestall any violence. Uriel was clearly close to losing his temper.

Thank the goddess he wasn’t mad enough to beat those stupid Els to a bloody pulp. Uriel was the type who was slow to anger, but terrible when aroused. This time he merely gave the men latrine duty and a warning to not mouth off about fellow ELs’ girlfriends.

Something had to be done about Asteria. I couldn’t bear to think what Seraphiel would do if one of the men hassled her, and he found out about it.

“How could you make me be the one to hold you off? You could have let me shout at them at least a little,” I said to Uriel. He just grunted at me.

“Commander Sariel, please stop cracking your knuckles like that. It’s making me feel nervous. What brought this about anyway? The two of you have never cared about that kind of talk,” said Israfel, Uriel’s most annoying protege.

Uriel and I exchanged glances. Uriel spoke for the first time. “Make sure you transfer that EL somewhere far away.”

“Let’s hope he never finds out.” I shuddered.

“Who?” Israfel was confused, but we didn’t enlighten him.

“We should start using the officer’s facilities.” Our trainers had always used the same facilities as us so we had followed suit, but now it would be prudent to impose a certain distance between us and the men. “I’ll tell Seraph.”

“I don’t know what this is about exactly, but it involves a woman, doesn’t it? Bah, woman trouble is the worst kind of trouble,” said Israfel. “Let’s go for a drink.”

But Seraph was nowhere to be found. It wasn’t until the next day that we found out what fresh hell she’d put him through. 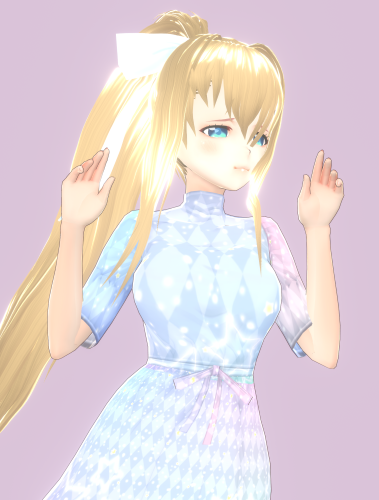