Esme fidgeted with her dress. It was a dress she’d worn before, just a few months ago at that, but today it felt as if it was a little bit tighter around the hips than it had been before. She was pretty sure she hadn’t put on any weight.

Not that that would matter, of course. She kept fighting-fit, as a proud Archivist should if they were determined to do field work properly.

She shook her head. There were more important things going on. Notably, everyone who was going on the date was preparing to board Semper’s carriage. It was the gilded one, pulled by a team of pegasi stallions who were being looked after by some of the castle’s monsters.

Esme turned to find that Valeria had snuck up on her. Her friend... maybe even her best friend, was in a light purple dress, with a shawl on her shoulders and a wide-brimmed summer hat perched on her head to cast some shade. It was going to be a rather sunny day, after all.

“I’m fine,” Esme said. She wasn’t sure if it was true or not. Her stomach kept doing little flips. “Are we ready for this?”

Valeria’s eyes hardened like pudding being smacked by the back of a spoon. “Yes,” she said with her usual levels of certainty. “Mom and Semper are coming down in a bit.”

Esme nodded along. “So, what’s the plan?”

“I think we’ll be doing what Felix and I did the other day. I don’t know if we’ll be going to Santafaria again, though,” Velaria said.

Valeria pointed to the carriage and pegasi. “We’ll fly over?”

“No, I mean... your mom can’t be seen in public. People will riot!” Esme said. “She’s the goddess of Darkness, everyone’s afraid of her.”

“Then they’ll be too afraid to riot. Besides, if they do decide to be stupid, how well do you think it’s going to work out for them? Mom and Semper will be there.” Valeria shook her head. “It wouldn’t work out at all.”

Emse considered it for a moment before she shrugged. Valeria wasn’t wrong. Semper alone could probably handle a city; having Luciana there was just overkill.

Speaking of the two goddesses, Esme turned as the doors at the front of the castle were opened by the two monsters standing guard on either side of them. Out came Semper and Luciana, both of them dressed up for their date. Semper usually wore nice dresses, but she tended to prefer comfortable clothes as well. It was a well-known fact that the goddess appreciated hand-knit sweaters as offerings.

Today she was in a pure white dress, with a shawl over her shoulders and a slit along the side which had Esme’s nose and ears warming up as the goddess displayed an amount of leg that might have been inappropriate if propriety applied to goddesses at all.

Luciana was in another black dress, though it was very gauzy and covered in fine lace. The dark Goddess looked like one of the pretty ladies of the court in Montele. She stood tall, taller than Semper by half a head, and she walked as if the world itself would twist to accommodate her graceful demands.

“Esme, Valeria,” Luciana said. “Are you both ready for this... outing?”

“Yes mom!” Valeria said. She reached down and grabbed Esme’s hand. Esme had to work hard not to shock her friend at the sudden contact. For that matter, she didn’t need her hair going all fritzy again, it had been a nightmare trying to comb it down to be less poofy that morning.

Luciana eyed her daughter, then turned to Semper who was smiling knowingly. There was definitely some unspoken communication there.

Was their relationship already at that level? Esme wondered.

She glanced at Valeria, who nodded slightly. She’d caught on too.

“So!” Valeria said. “This is a practice date, so that we all know how dating works later. There’s no pressure or anything, okay?”

Valeria snorted. “If you say so, mom!”

The Dark Goddess’ eyes narrowed, but she didn't refute her daughter’s implication. Esme didn’t have time to wonder what that meant though, since Luciana swept past them with Semper and started down the stairs leading to Semper’s carriage.

“So! Where are we going?” Valeria asked as she tugged Esme along after her.

“Santafaria,” Luciana said. “It’s the nearest settlement, and I have a number of agents there.”

“You do?” Valeria asked.

“Indeed. After your last trip, I decided that it was perhaps time to become a little more proactive about world-wide events,” Luciana said.

Semper grinned. “Oh, I’m certain that quite a few tongues will waggle once they discover that you’re moving once more.”

Not so long ago she wouldn’t have dared to speak up to ask questions in the presence of one goddess, let alone two, but time had dulled her fear, at least a little bit.

“The game of politics, little Esme,” Luciana said. It always annoyed her to be called little, but Luciana could get away with calling anyone like that. “Though calling it mere politics is a gross oversimplification. It’s more about understanding human nature, both on the small and grand scale, then predicting future moves based on current and recent events. Eventually you discover that the things which happen aren’t always happening naturally.”

They came to the carriage and stepped into it. The piles of books and such had been cleared out to make room for more people.

“As in happening only because of the natural inclination of the people involved and their responses to natural stimulus. Imagine a small town hit by a light drought. The natural assumption to make from that event would be a change in the circumstance of some. Perhaps more food will be purchased from elsewhere, perhaps a leader who reacted poorly to the event will be deposed. Natural consequences to a natural event.”

The dark goddess tapped her chin, considering. “Assassination, war, rumour mongering, the moving of key people into positions to which they are well or poorly suited. False natural disasters brought on by powerful cultivators. Eventually you learn to notice the signs that someone else is manipulating things to their own end. Those people are players of the game, though sometimes they are not aware of it. There are levels to these players.”

“What kinds of levels?” Valeria asked.

Esme was pretty sure that this wasn’t how dates were supposed to go, normally, but she was too intrigued to interrupt.

Semper chuckled. “Your mother is quite adept at this game of hers, when she chooses to play.”

“What level are you at then, mom?” Valeria asked.

Luciana’s expression didn’t change, but Esme felt the barest hint of amusement from the goddess. “Why, Valeria, I’m always one level above my opponent of course. Never underestimate the power of being able to flip the table.”

“Speaking of tables,” Valeria said smoothly. “Are we going to be eating somewhere? Do we have an itinerary?”

Yes, that was an excellent question, Esme thought. Having a plan would help a lot.

“Perhaps you should decide that,” Semper said. “After all, this is your date,” she said.

Valeria froze. “Uh. I mean... yes, of course it is.” She looked to Esme, pleading with her eyes.

“I think that maybe we can take it easy?” Esme said. “After all, this is a practice date, right? Maybe... maybe Semper and Luciana can show us how it’s done, and we’ll just follow their example?”

Luciana looked at Semper, and Semper smiled right back.

More wordless communication! The more Esme saw the two together, the more she had the impression that she was entirely out of her depth. Still, she had a mission of sorts.

The carriage rattled and shook as they took off, and Esme and Valeria bumped against each other.

She tried to remember what the plan was, but her mind was pulling a blank, there were too many ideas going on all at once, and she was afraid that steam might start pouring out of her ears.

And then Valeria touched her leg.

She gasped and looked at her friend. “It’ll be okay,” Valeria said. “No need to be so nervous.”

Things would work out. She knew it, and she had Valeria there to help her besides!

Some quick news. Expect normal postings this week, but... I'm going to take next week off. It'll be the first time I purposefully take time off (I had a couple of sick days and days where I spent the day editing and crying, so those don't count) since... December of last year.

Taking that long off would stress me out, so instead I'm going to do half-days! Which means I'll only be posting one chapter of HoD next week, around... Wednesday? Yeah, that sounds fair.

Thank you for your understanding everyone! I really can't believe the amount of support I've been getting lately, it's great! <3 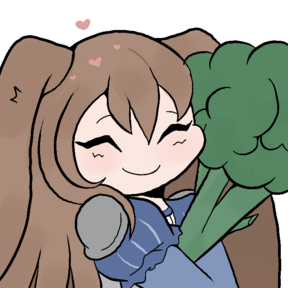