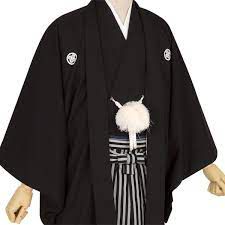 The camera opens up to Kobayashi, Tohru, Kanna, and Smaug walking in the shopping district. Everywhere is having an end of the year sale.

Smaug:"Another holiday right after one?"

Tohru:*Pulls out some tickets.* "I have some."

Kanna:"Lady Tohru, is that magic?"

Tohru:"No, I received them during my daily shopping here at the shopping district."

Man:"Okay, you get three turns."

Smaug, Tohru and Kanna all put their hands on the handle and they spine three times and win two tissues and get a yellow ball with their third. The man rings a bell.

Man:"Third prize! You'll be set for the cold winter with this." *Points to a kosatsu.* "You've won a warm kotatsu."

Later. The next day.

Smaug is under the Kotatsu. His head is the only thing peaking out. Tohru and Kanna are also enjoying the kotatsu with their heads on top of it. Then Kobayashi comes home.

The Kobayashi sits at the kotatsu.

Kobayashi:"This year's work is finally over."

Kobayashi puts her head on the kotatsu.

Kanna:"Kobayashi, do you have to go to work anymore?"

Kobayashi:"Nope. I'm off until the third."

Smaug:"Yeah, Now we can all rest."

Tohru:"You're always so busy, so please take it easy over the holidays."

Smaug then fully goes under the kotatsu.

Kobayashi:"This is heaven. I'm glad we won the kotatsu."

Smaug's tail pops out from under the Kotatsu and the tip moves up and down when Smaug speaks.

Smaug:*From under the kotatsu.* "It's really warm."

Tohru:"I need to start preparing the New Year's dishes soon.  I even borrowed the tool to pound mochi and soba."

Kobayashi:"You don't have to go that all-out."

Smaug:*Under kotatsu* "But it's good food."

Tohru:"Right. It's a maid's responsibility to take charge and make sure the seasonal events are carried out."

Tohru:"Oh, do you need to use the restroom?"

Tohru:"Oh, Miss Kobayashi, could you hit the switch on the rice cooker?"

Smaug:*From under the kotatsu and his tail moves up and down.* "And can you pass me my bag?"

Everyone is at the kotatsu. Smaug is under it again with the tip of his tail laying on top. Their watching TV.

TV:"The New Year's parlor trick tournament will be on January 3rd. You can look forward to several outstanding guests performing in our competition!"

Later. Tohru us preparing food. Then goes back to the Kotatsu. Smaug's tail grabs a full cup of tea and disappears under the kotatsu. Then reappears with an empty cup and puts the cup on the table and, he rests his tail on the top.

The next day. Tohru, Kanna, and Kobayashi are on the roof. Tohru is making soba with Kanna's help. Then when they are done they head back inside and sit at the Kotatsu. Smaug's tail lifts a plate of food it brings it under the Kotatsu.

Tohru:"So I can just pound the New Year's soba tomorrow before we eat it, then?"

Kobayashi:"Tohru, isn't this a lot of work for you?"

Tohru:"No, these are my natural duties as a maid. Hmm, but I feel like we're forgetting something."

Then the doorbell rings.

Smaug:*Under the kotatsu and his tail moves.* "Maybe food?"

Kobayashi:"Tohru, they're calling for you."

She goes and answers the door.

Smaug:*Brings his tail up with a plate on top of it.*"Can someone put some food on this."

Kobayashi puts a sandwich on it and Smaug brings his tail under the kotatsu.

Kobayashi:"How long have you been under there?"

Smaug:*Brings his tail up and moves it up and down as he talks.* "Since we got it."

Smaug:*Under the kotatsu.* "It's comfortable."

Kobayashi:"Then how have you gone to the bathroom?"

Smaug:*Silent for a few seconds. Then his tail droops.* "It's been a hard few days."

Tohru:"Well, we received this from Mr. Sone."

Smaug:*Tail quickly pops back up.* "Chicken!"

Kobayashi:"There are twelve animals in the chinese zodiac. Rat, Ox, Tiger... Uh, what else?"

Tohru:"It came up when I was searching the net for all things New Year. But I still can't accept it."

Tohru:"Well, they say the order of the animals was decided by who reached God fastest on the morning of the new year, right?"

Kobayashi:"Oh, yeah, there is that story. The Rat stole first place by hopping a ride on the Ox. What is it that you can't accept?"

Tohru:"It's impossible for a dragon to come after an Ox or a Tiger, let alone a Rabbit! I can't accept it at all!"

Kobayashi:"Well, it's just a story."

Smaug:*Tail mimics the number 1.* "But dragons are number one!"

Tohru:"Oh, this mandarin orange is sweet."

Kobayashi:"Well, umm... For getting along with the neighbors, and everything else you've done..." *She hands her a drink.* "Thank you."

Tohru:"Oh, right!" *Goes to a dresser behind the couch and opens a drawer.* "I thought I was forgetting something." *Pulls out a card  and hands it to Kobayashi.* "Here."

Kobayashi:"I haven't written one of these in years."

Later the next night. Tohru and Kobayashi are at the kotatsu. Smaug is still under it with the tip of his tail on top. Everyone is eating.

TV:"How do you feel about your first performance on the show? Well, I wrote down my lyrics down on my hand so I wouldn't forget them, but my palms are so sweaty they've all disappeared."

Tohru:"I had the noodle shop owner in the shopping district teach me the trick."

Kanna:"Kobayashi." *Kobayashi turns to her.*

Kanna is holding a kimono.

Tohru:"Apparently she promised to join Miss Saikawa on her first shrine visit."

Kanna:"She lent me a kimono so we can wear them together."

Then a blur comes out from the kotatsu and goes to the bathroom.

Smaug:"Make way for Smaug!" *He slams the bathroom door shut.*

Later, everyone is walking towards the shrine. Smaug is wearing a montsuki.

Kobayashi:"I'm glad my kimono fits you."

Tohru:"With a kimono, you can adjust the size for the chest, too!"

Tohru:"These past few days we've been losing to the temptation of the kotatsu, but going outside for a change is nice."

Then they hear saikawa in the distance.

Then Lucoa and Elma arrive wearing Kimonos too. Shouta came along too.

Elma:"Should I not be here?"

Lucoa:"I ran into Elma over there."

Elma:"I heard you could eat lots of unusual food here."

Kobayashi:"Lucoa, what's with your kimono?"

Smaug:"It's kind of revals your giant breasts." *He makes motions on his chest.*

Lucao:*Huggin Shouta.* "Well, it is New Year's. I wanted to go traditional."

Tohru:"What's your idea of traditional?"

Then they see Fafnir and takiya walk up.

Smaug is walking around the shrine visiting all the foods stands and buying a bunch of food. He has a giant pile of food. He throws it up in the air and opens his mouth wide and it all falls into his mouth and he eats it. He returns to the group and their at a fortune telling place. He gets his fortune.

His fortune tells him he has bad luck with women.

Smaug:*Throws it on the ground.* "I know that!"

He grabs a big stick of meat and eats it angrily. Then everyone starts to countdown.

Smaug:"New Year new food." *He pulls out another stick of meat out of nowhere.*

He walks around for a while and can't find then.

Smaug:"Aw man, Did they leave me again."

He head home and when he returns he find the kids asleep and everyone else eating mochi and the kotatsu.

Kobayashi:"Shh, you'll wake the kids up."

Tohru:*Smugly smiles.*"Aren't you always telling me that you're an adult and can make your own decisions."

Smaug's face turns red in anger and he just huffs and goes over to his bag and dumps out his gold into a pile on the side of the room. Then he walks over to Tohru and grabs the last bowl of mochi and then he goes and buries himself in his gold and eats his mochi.

Smaug:"Stupid Tohru and using my stupid words against me." *He eats the mochi and he smiles.* "It's so good." *The he frowns.* "I'm supposed to be mad." *He takes another bite and smiles.* "But it's soooo goooodd!"

Later the next morning Kobayashi wakes everyone up and they go to the roof to watch the sunrise.

Everyone is back sitting at the kotatsu. Smaug is back under it with the tip of his tail resting on the top.

TV:"Now, every year on January 2nd, it's the annual Tokyo Bay Ekiden!"

Kobayashi:"That's on break until the new year's over."

Kobayashi:"Well, I understand how you feel."

Kobayashi throws a orange peel over to a trash can and misses then turns to Tohru.

Smaug:*From under the kotatsu and his tail moves up and down.* "Smaug is not here right now, Please leave a message after the beep.... Beep."

Kobayashi just sighs and tries to reach for the peel. She grabs it and tosses it and misses again. She turns to Tohru who looks away.

Kobayashi:"Aah, fine." *She gets up and goes over to the peel and picks it up and throws it away.*

Tohru:"Are these people running the same race as yesterday?"

Kobayashi:"No, today they're running back from Nagura."

Tohru:"Want to play a game?"

Kanna has to write something.

Kobayashi:"First writing of the year, huh?"

Kobayashi's phone vibrate and she stands up and goes somewhere to answer it.

Tohru:"It went out of bounds!"

She keeps writing. The Kobayashi comes back and see Tohru's writing. It says Miss Kobayashi.

Tohru:"Yes. who was on the phone?"

Tohru:"Huh? She said all my folks are doing well."

Kanna then looks to Smaug's tail.

Smaug's tail looks to her.

She sets it up for him. Smaug dips the tip of his tail in the ink and start to write. 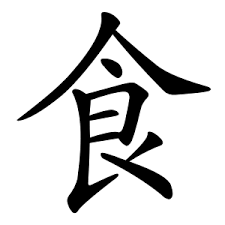 Smaug's tail looks to her.

Later Kanna is sleeping in bed. Tohru, Kobayashi are sitting at the kotatsu. Smaug is..... you know what I think you guys know the drill.

Tohru:"Miss Kobayashi, you weren't going to see your family even for New Year's?"

Kobayashi:"Hmm. Every year, I spend New Year's sleeping off the year's fatigue. It's not like I'm on bad terms with my family. Occasionally we chat on the phone."

Tohru:"Is that how it is with human families?"

Kobayashi:"I think it's different for everyone. In my case, living over here's the life I've grown used to."

Kobayashi:"What about you two? You could go back if you wanted to, right? You're not going to go see them?"

Smaug thinks about his dad and his tail moves and goes under the Kotatsu.

Tohru:"Living here with you is my life now, Miss Kobayashi."

Kobayashi grabs a orange peel and throws it to the trash can and makes it this time.

Kobayashi/Tohru:"Oh!" *Smaug's tail comes back out and mimics an exclamation mark.*

Tohru:"It went in nicely that time."

Later the next day.

Kobayashi is getting ready for work. The dragons are holding envelopes with money in them.

Smaug is looking at his in amazement.

Smaug:"New Year's is a holiday where you receive money." *He starts to cry.* "This is the best holiday ever."

Tohru:"It's my first time receiving any."

Kobayashi:"It's my first time giving any, as well."

Smaug then goes back to the kotatsu and goes back under it.

The camera pans to a view of the sky then turns black.

(Only a few more episode guys!)