I woke up to the bite of cold air on my exposed legs. “Uwah!” I groaned and scrabbled blindly with my hands, trying to find the covers so I could pull them back up. Rather than covers, my hand met something soft and warm. This should work… I dragged the soft warm and giggling thing up and wrapped myself around it, seeking the heat that had abandoned me.

“Kaasaaan! Get up, it’s time for presents!” I slowly blinked open my eyes and rubbed the sleep from them. What met my gaze was the face of my catkin adopted daughter, Pet. The fourteen-year-old had evidently dragged my blanket away to force me to wake up faster.

“Right… is auntie Elienor here yet?” Elienor would spend most of the holidays over at our estate, as her mother had been unable to find a man willing to take the wild daughter as a wife, or even a concubine, she had wound up being disowned upon turning fifteen. It was actually a blessing in disguise for her; free from any semblance of restriction she had managed to come into her own and was now a fairly accomplished knight. Her specialty was guarding noblewomen, and she had even started a new Knight’s Order made up of entirely female knights that served in this capacity. They called themselves the Valkyries.

I sat up and pet my daughter’s head. Even as she grew older, it was something she never seemed to grow out of. “Right, well I’m up. Go out and get set up while I dress.” Pet jumped up and dashed out of the room at speed. Glancing over at the empty space next to me, I couldn’t help but sigh. Look’s like he’ll miss this year as well… My husband, Dominic, was constantly absent. I had done my best to be a devoted wife following our marriage but after the first anniversary, it was like he grew bored.

Now I could count on one hand the number of months he would spend at home. Despite his hatred toward demi-humans, he just sort of nodded and signed the papers when I told him I was freeing, and then adopting, Pet. Still, it was better for my daughter this way; she never quite managed to overcome her traumas regarding my spouse.

I got out of bed and put a robe over my nightgown and went over to the window to look out and see the fresh snow. From my twentieth-floor condo, I could look out over a decent amount of the city. On the streets below, a few cars were pushing their way through the snow, and a couple of pedestrians were moving down the sidewalk. In the distance, I could see the sun just peeking up above the city skyline. Wait, since when did I live in a highrise? A feeling of strangeness washed over me for a moment before a call from the adjacent room grabbed my attention.

I smiled ruefully and shook off the feeling of unrest before making my way out into the room. A tree stood in the corner, with a dozen or so wrapped packages strewn beneath it. Pet was sitting right in front of it, her eyes glinting as she eyed one of the packages that had her name on it. Elienor was sitting in an armchair while, to my surprise, Rosial was sitting with Jacqueline at the bar counter.

“Rosial! I didn’t think you would make it this year!” Ever since we had rescued her, Rosial had, after recovering from her traumas, been working with Jacqueline to try and save other children trapped in the same situation as she had been. Jacqueline nodded, “It was tight, but we managed to wrap up our last mission in time to make it back. I am glad to see you doing well, Lady Stahlia.”

I chuckled, “Jacqueline, you don’t work for me anymore, you don’t have to call me lady.” She just smiled and shook her head, a polite way of refusing to relent.

I glanced around the room and confirmed that neither of my mothers or fathers were here. Since my second lives’ parents were back in Ris village serving as the village head that was to be expected, but I had been hoping to see my first lives’ parents again. Again, a feeling of unease came over me until Pet came up and shook my arm.

“Kaasan, can we start… please…?” I looked into her upturned eyes, which blew away my misgivings and nodded.

“Yaay!” Pet darted over to the tree, and I went to the sofa Elienor was on and sat next to her. As we watched Pet tearing into the gift she had selected Elienor addressed me in a quiet voice. “You know this won’t work right?” I tilted my head.

“What do you mean? Everyone is happy.” Elienor shook her head.

I opened my mouth to retort, of course, I was. I had everything I wanted. But I couldn’t make the words come out. Before Elienor or I could say anything more on the subject, we were interrupted by a happy squeal. Turning in the direction of the sound, I saw that Pet had just finished opening her present, and had discovered the Manga box set of her favorite Shoujo.

I smiled and wished I could take a picture, unfortunately, cameras didn’t exist in this world. Suddenly, a bright flash illuminated the room. Turning to the right, I saw Rosial holding a smartphone with the camera lens pointed at Pet. “Sorry, that was so adorable, I just had to take a picture.” Wait, a smartphone? Where did she get that? I felt my head start to hurt, as another wave of unease came over me.

I snapped out of it when Pet stuffed a present into my arms. Glancing down, I ruffled her hair. “Thank you, I love it!” Pet puffed out her cheeks.

“You haven’t even opened it yet!”

I raised an eyebrow. “I don’t need to open it to know I’ll love it.” Pet simply glared at me, urging me on with her gaze. I chuckled and removed the wrapping paper, revealing a vinyl of Sweet Dreams by Marilyn Manson. Wait, how did a vinyl of a song from Earth wind up here? My headache and unease returned, this time accompanied by a loud buzzing in both of my ears.

The next thing I knew, I was sitting up late with Elienor. Pet had gone to bed some time ago, while Rosial and Jacqueline weren’t able to stay; the two of them were technically fugitives, so they couldn’t stay in one place for too long. Elienor turned to me, and over her glass of wine continued our previous topic.

“You aren’t happy are you?” I wanted to retort, to claim that I really was, but I couldn’t make the words come out. Finally, I relented and admitted it.

“No, I’m not happy. Something about my life these past ten years just feels fake… I tried to look back for an example, but to my shock, I had no memories between waking up this morning and going to sleep with Elienor and Pet one night ten years ago. With my Eidetic Memory talent, I shouldn’t have been able to just forget ten years… I frowned, then winced. The buzzing was getting louder.

“No, you aren’t happy. This life you lead, it’s a fake.” Elienor was leaning in close to me now. I couldn’t help but notice the faint glisten on her lips and the way the red lipstick contrasted her pale skin. With a start, I turned my head away.

“Lady Elienor, I am married to your brother, I do believe you are going too far.” Elienor frowned, but did not pull back.

“Does it really matter? After all this…”

The buzzing in my ears was now unbearable, but with her last line it stopped completely. Vanishing as if it had nover been there before as everything, all the inconsistencies and discrepancies clicked into place. I finished her sentence”

With a start I sat up in bed. I blinked, slowly adjusting. Before long, I had regained my bearings; I was lying in bed next to Pet, with Elienor on the far side. So everything that just happened was a dream… Pet is still a slave, I haven’t married Dominic, I haven’t rescued Rosial, Jacqueline is still my vassal, and Elienor… As I recalled the final event of my dream sequence, I happened to notice Elienor’s sleeping face in the dim light.

What the hell!? Why did I have a dream with something like that!? Carefully, so as not to jostle the bed, I checked myself over. Thankfully, things were still dry. Hurrah for small victories. I mean, we didn’t even kiss so there’s no reason I should have… Damnit all! I hate this, I just want my body and mind to be normal and not freak out over the smallest thing! Forget! Forget! Forget! Of course, due to my talent, now that I had spent so long thinking about it after waking up, forgetting my dream was impossible.

So this is the dream sequence that was originally in the last chapter, that I cut because it broke the flow of that chapter. I added a few details, like the general Christmas aesthetic, and released it today as a "Christmas Special".

Even though it is serving as a special, I still consider it canon, Stahlia did have this dream last chapter.

Merry Christmas to any and all of you who celebrate. Otherwise Happy Holidays. 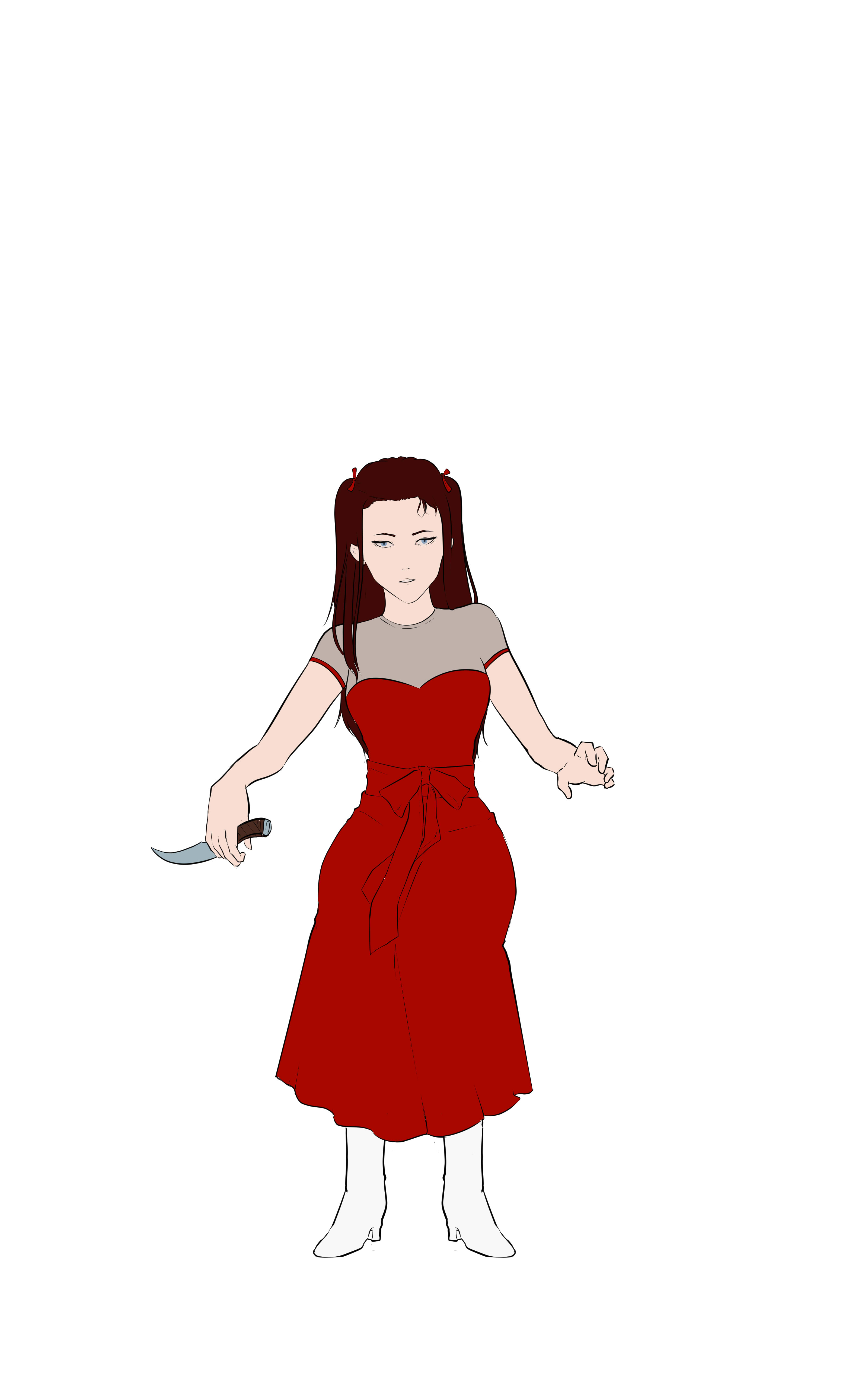 [collapse]
88
Support Tricked Into A NewLife, God Must Be Screwing With Me!