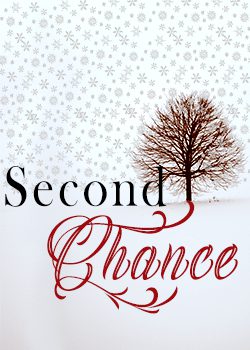 [ScribbleHub version]
What if you have died but gotten a Second Chance?

This is a story of an orphan boy who has been tossed around, used and broken in so many ways but one night everything changes. He only wished to live a good life. Then one night, his owner brought in a group of customers. He fought hard and tried to escape. The last thing he saw was the group of men in a state of panic.

When he woke up, he saw the crying face of a girl. A couple entered the room with tears in their eyes after the girl had left. They started calling him 'Luke'. He became confused and started to panic. That's not his name, so why do they keep calling him that... He slowly realised that he is no longer in his own body but the body of another boy.

After waking up, he starts to learn more about this "Luke". Will he meet the man, who might've driven the previous Luke to death? What will happen when he finds out that the man who seems to hate Luke is showing interest in him although he's in Luke's body?

This is something I have written and posted on Wattpad as a completed book as @Heartfel. However, this is a rewritten version where the plot will have a more solid foundation. There are changes in the characters' actions and motivations.

This is a serious and complex story. Although the MC, who transmigrates at the beginning of the story, struggles with trying to understand his current situation, he is not a useless character. This story stays with the emotions of the MC as he works his way through his new life, but he is a strong character who just wants to have some happiness within his second chance at life.

The side characters and ML are all intriguing and genuine. The author does a good job of showing how all the interactions with the MC grew and adjusted to the new MC. And how the MC opened up and let people in for the first time.

There is a supernatural aspect to this story; it also deals with very serious topics that are not for everyone. Read the tags before you start.

[BL] Harem Denial: I Want To Be A Harem God, But There Is Only Me Left On Earth. Until…?
By tiaf
One day a person woke up only to realise that he is the only person left in the world. Everyone else suddenly vanished from the world without a trace. Years gone by as he survived alone in this world, slowly descending into madness when one day he

Surviving the apocalypse as a vampire! manxmanxman BL
By ViviCris
The apocalypse came; firstly only with the side effects of another world war, the radioactive making people sick and poisoning the air and food, but then the zombies came. And they hit hard against an already fragile humankind. Not tha

THE PSYCHOLOGIST AND THE DRAGON LORD
By teehee
[Do you want to reach heaven?] “what’s so good about heaven?” [System transfer complete may the host let system 013 guide you to the step of heaven]
Action Required