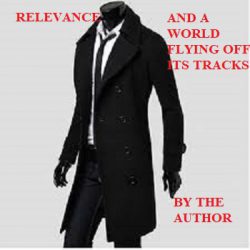 Trapped in a world not my own. Facing a destiny never meant to pass. Dealing with a hero doomed to defeat. Which will end first, this world or my life?

The Transmigator, a being deployed from beyond the boundaries of this reality, must undo the will of Fate itself, to save both himself and the world.

There will be no fluffiness. No OP cheat abilities. No waifus. Just one man. And The Voice of a god.

This is a really  cool  story. I love the two main characters, the Transmigrator and the Voice. Both have distinct, realistic personalities. Both show realistic emotional reactions to events, and act in a mostly rational manner. Neither is OP. Nothing seems to go as planned. It's amazing. I was worried, based off the tags, that this would be a purely fighting based read, but it's not. Yes, there's fighting, but it isn't the point. Fighting exists, but it isn't the whole plot.

And the plot is cool. It's unique and interesting. I, as someone who has numerous literary credentials, haven't predicted anything correctly. Normally I can predict like 70-80% of a story. This does not mean it's an illogical plot, exactly the opposite is true, actually. This plot makes sense! The characters are more than archetypes and they're in a new situation, so of course it's difficult to predict what'll happen next. The characters themselves don't even know what'll happen next. It's nice. I like it.

Don't worry if you've never read an isekai novel before, this one relies on ZERO tropes. It has no lengthy explanations of what's going on. Instead, the actions and dialogue of the characters speaks for itself. The narration is purely for painting a more vivid picture, not for telling the story.

If you aren't sure if this story is for you or not, read the first chapter. You'll get a feel for the author's style, the personality of the characters, and the plot of the prologue (which honestly could've been a whole story itself).

I dunno what more I can say. Oh, yeah. The grammar and spelling is on point. Every once in like three chapters there's a mistake, but they're never huge or anything. It's like writing oil instead of coil or things like that. If your tolerance for mistakes is nonexistent, read anyway. You probably won't even notice, you'll be too busy consuming the story as fast as you can.

Tldr This story is good.

Also, this review was really hard to write without including spoilers, but I did it!! \ (;≪>;) /

This is truly an amazing story.  The MC feels like a living breathing regular person thrown into an unfamiliar world with events that are spiraling out of control.  He is in it for selfish reasons, to live, to be free, and to get paid.  But the 'god' like voice who brought the MC into the world also has his own reasons.  A tenuous relationship build on self interest has allowed the two of them to work well together and grow through a series of events in order to achieve their goals.  But there is also the lingering question of what will happen once their self interests no longer align.

This is an intricately developed story with well developed characters.  The story flows naturally and practically nothing feels 'forced'.  Hands down one of the best reads on the site. 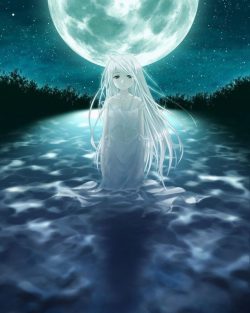 the plot is almost flawless in my eyes, no big plot holes, good logic. The MC and voice are done very well. I love this work. Hope it continues to be good until the end. I am also grateful for regular updates

This story deserves to be seen in the top 10 for the next 5 years.

This story needs YOU reader!

Relevance breaks conventional tropes. The characters for their limited amount seem so real and the dynamics between the main characters stay true to themselves. This story deserves to be read if you want to read a good story that isn't the same copy-and-paste format as so many others. Highly recommended! 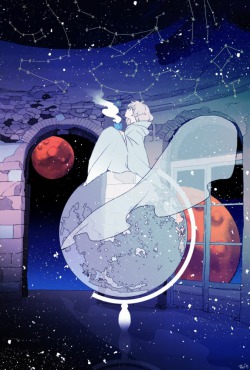 I'm satisfied with everything. Please read it. That's an order by the way. Hehe see what I did there? Duh you don't know because you still HAVEN’T READ THE DARN NOVEL!?? 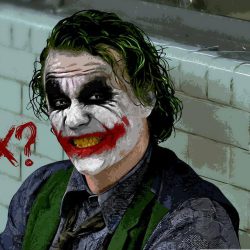 Everything is going great. Man the mysteries are cracking me up. Gonna pull an allnighter.

This is one of the... scratch that, It is The best novel I have read in this site. No comparison at all.

characters are three dimensional as humanly possible in a novel, Best writing, Best plot, I felt like I was watching a movie throughout the ride. This deserves a manga adaptation. Man, everything about the novel was satisfying. The beginning, Middle part and ofcourse the ending too.  Toast to the Eternal partnership

Great story, recommend it. The worldbuilding is done masterfully with attention to detail and originality, he was really thinking out of the box for that one. Characters are not overwhelmingly complex, but there's a diagetic explanation to the flatness of most of the cast, who otherwise respond in rich and distinct ways despite the limitations imposed by the plot on their individuality. It's very well done. The highlight of course goes to the MC and his companion/master/antagonist, The Voice. Those two are well developed and it's always charming to see them interacting with each other, if somehow irritating at times, with how much The Voice holds back the MC's understanding of what's really going on and how it's constantly trying to downplay its pawn. Good stuff.

The story itself is great and delivered very well, with great pacing and a clear-cut goal from the start. This was not one of those thoughtlessly projects where the author mumbles around with a somewhat decent setting but no idea of where to take it, the author here knew very well where he wanted to go and had all the major plot points designed in advance. And even though he could easily lose himself in infodumps, he shows some very welcomed restraint.

If I had to point out something that I really disliked, it was the self-awareness of the author. As he himself explains, he set out to create a deconstruction of the classic isekai setting, changing everything he could whilst still keeping the bare minimum of what constitutes an isekai. That's awesome. What's not so awesome, though, is that sometimes he felt the need to pat himself on the back for his choices in a very awkward way, which not only breaks immersion but can actually be somewhat disgusting at times. Like, from time to time the MC will say something like "hey, in stories I read on the internet shouldn't the MC have a harem or some more overpowered cheat ability?". Come on man, that's really unnecessary. Rolleyes.

The ending is good.

The beginning is good.

The plot is good.

The interactions and conflicts between the Voice and transmigrator are well made.

Each have their own problems and goals. They're working towards the same ending.

But at the same time they're scheming against each other to prepare for the afterstory.

Chaotic Craftsman Worships The Cube
By ProbablyATurnip
Summoned after an unfortunate accident in hopes they could protect the world from a coming threat, Ben and his classmates are gifted another chance at life. With fame and fortune promised to whoever is willing to fight for the sake of the world it
Action Required