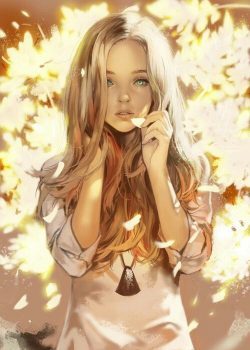 Espers are really no different than humans; they look like any normal human and in general behave like any normal human. However, there are a few key differences. The max life expectancy of espers ranges from forty-five to fifty. They naturally have a knack for mathematics and are extremely intelligent in general, this because their abilities rely on the subconscious and conscious calculations. They also have a mysterious energy source they call Focus that is generated naturally by all espers.

The continent of Elestveeve is populated by three major factions, each a governing force. On the west of the continent, there is the Noble Houses that subscribe to the Deity Faith. The Houses ruling with the Deity Faith as council since the religion's founding four-hundred years previous. Controlling most of the northeast is WITCH, an organization ruled by powerful espers; claiming the mysterious Genesis as their capital, they are a whispered myth among much of the continent's less technically advanced residence. In the southeast you have Tech City, a towering monolith of a capital with four sky layers and metropolis' leveled deep underground; it is a city brimming with technical advancement and cyber integration. Each faction contends with one another for their evolutionary ideology, by devout religious worship to receive miraculous gifts, unique genetic lineage to obtain ESP, and technological integration to become something more than human.

Helena, a young genius and esper, awakes in a dark room with only fuzzy memories and the company of seven other children. She must determine how she got there and how to get back to where she came from.

Warning: Due to time constraints, I don't have the time to keep up on my three stories; therefore, Helena will need to go in a stasis chamber until I can find more time to write between work and life. I love my first girl so much! however, it seems she is the least popular among the fans (the poor girl T_T). This world is much bigger than my other two novels and I'm not giving up on it, but simply having to put her on ice. 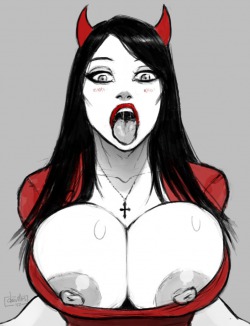 An excellent blend of mystery, drama and action painted on the backboard of sci-fi, fantasy, superpowers and history.

The characters are mysterious enough to intrigue the reader but not so opaque as to be confusing.

Similarly, the setting provides just enough information and familiarity that the reader won't find themself lost in attempting to keep track of it all and plenty of mystery to be explored and solved.

The way the author has made use of esper powers is quite ingenious, it not only provides a powerful plot device, but it also avoids the "deus ex machina" pitfall that so many stories fall into.

Oh, mystery, or drama, got the tingles. This author is amazing, check their other works too for some great reads.

Grammar: 4.8/5 (Needs some proofing and editing to really shine)

The grammar for this particular story needs some proofing, but none of the mistakes really affect wordflow. The story feels very original in this time where Sci-Fi is severely lacking. The writing of this author is impeccable as always. Mmmmm, Mystery and Drama mixed with Psionics. This is a hella great read that starts you off just as confused, if not more so, than the protagonist. You learn things as the story progresses, but never enough to get the full picture. It tantalizes you with little details that could be missed if you aren't paying attention, and it tells you that the world you're being sucked into is big, bad, and willing to have you as a snack if you don't watch yourself.

Overall, as with everything that this author has written, I recommend this to anyone who wants a great reading experience. 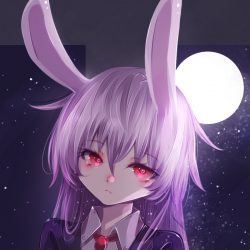 Eldritch – A Lullabyte Story
By Petrichor
Set in the same interconnected World as my other stories: Valerie Sherman had everything. Talent, Looks, and Intelligence. As she was the heir to Arcana Future Industries, one of the most influential companies in the magical sector o

REND
By Temple
More than seventy-five years ago, the Adumbrae manifested in our world, possessing humans and turning them into monsters of destruction, abruptly ending the Second World War. Just as mysteriously, Corebrings came to humanity’s aid. With powe
Action Required