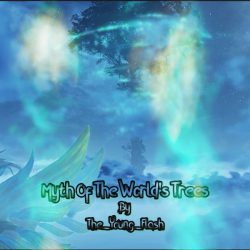 And Simon answered their call with a single statement that nobody understood "Et super mos absit hoc hodie!"

I, too, yelled a battle cry at the top of my lungs. I had no idea what Simon had just spouted but from Camilla's giggling, I could guess that Simon thought that spouting nonsense was his way of getting out of the earlier predicament.

"I forbid death upon this day," Camilla said.

"Ancient Latin," she replied smugly, "He said 'I forbid death upon this day'."

I laughed aloud "Then he is gonna be really disappointed in everyone here,"

Camilla did not reply and instead took a deep breath. I did the same, zoning out everything in my surroundings. The environment became a world of electrical pulses traveling across several networks.

I perceived the world through my lightning and sped my heartbeat to inhuman levels. I was present now, at this moment, at this point in time. I could feel the electrifying air saturating my lungs, the electrified ground vibrating at the rhythm of the approaching enemy.

Then suddenly, everyone disappeared into motes of light particles that re-constructed itself hundreds of feet above the horde, dozens of miles away from our initial position. We were literally 'diving' into battle.
-------------------------------------------------------------------
Despite a rough childhood in the slums, Omari had everything a guy could want - a loving girlfriend, an understanding sister, a wonderful teacher, and his dream job.
Still, the scars from his childhood made Omari unable to live a dull life. He dreamed of something greater... something beyond the reaches of what humankind could achieve in the current era.
Like always, Omari should have been careful what he wished for.
In the year 2046, the World was thrown into chaos as the apocalypse came in the form of massive trees that shot up out of the ground one day.
These trees towered over the tallest of buildings and had thicknesses that spanned kilometers at a time.
They grew everywhere, in homes, businesses, and cities as they formed a complex network that overlayed the old world.
The cause of the apocalypse was unknown, but Omari's workplace was believed to be the origin point of the unfortunate events.
Fifteen years after the start of the Apocalypse... after all the pain and suffering... after losing everything he cared about, Omari sent his memories back in time to make sure that the future he lives in, never came to be.
Will he be able to uncover the mystery of The Trees? Will he be able to protect all those he has lost? Will he succeed, or will his attempt be washed away by the currents of time?

Will Omari be able to learn the truth about 'THE MYTH OF THE WORLD'S TREES'? 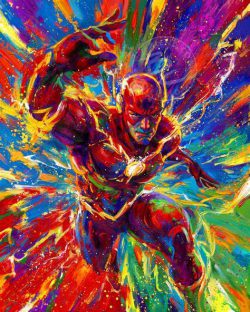 The Abyss Within
By Plume
There is something inside me… a voice calling for me, the call of a beast, a creature of instincts beyond good and evil. It whispers delightful promises of power, the oh so sweet release of all that chains me, the struggle, the pain… b

Superhuman Princess
By ioriangel
Since World War 2, superhumans and supernatural beings have been making waves on both sides of the law. Elissa has watched from the sidelines since she was a child. She has always been happy with that; but after a superhuman student with a grudge
Action Required