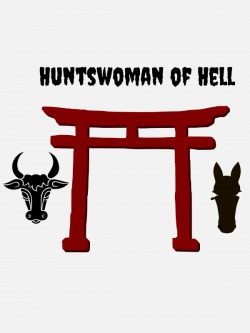 Jigoku, otherwise known as Japanese Buddhism Hell, didn’t operate as she expected at all. With it’s gate guardians, souls and the different levels, she’s a bit indignant about how her system keeps laughing at her for being clueless. Who expects to see eight great hells, sixteen lesser hells with sixty-three thousand nine hundred seventy-six other myriad hells?! Totaling it up makes for sixty-four thousand hells and just thinking about it all makes her sweat.

Oh, how would she know? That’s because she’s one of the only two who unfortunately were recruited to be a knock-off Gozu and Mezu. As in, Gozu and Mezu the guardians of Jigoku that drag back escaped souls and bring in the newly dead. Yes, that Gozu and Mezu.

Well, thinking about it, she’s the luckier of the two as her job is to drag back escaped souls to Jigoku while her partner is stuck explaining to panicking newly dead people-AKA freshies-that yes, they are dead and yep, the Thirteen Judges of Hell are a thing. She pities the poor bastard, but well-

[What are you doing lazing around?! Get back to work!] On second thought, she wants to switch! Give her the other Jigoku System instead! She doesn’t want this drill sergeant anymore!

~•~
This is an original story, so all rights reserved.

Genre
AdventureFantasyGender BenderHorrorIsekaiLitRPGMartial ArtsRomanceSupernatural
Tags
Female Protagonist Non-human Protagonist Reincarnated as a Monster Reincarnation System Administrator
Show
Table of Contents
Write a Review
Reset Filters
X
Write a Review
You must be logged in to rate and post a review. Register an account to get started. 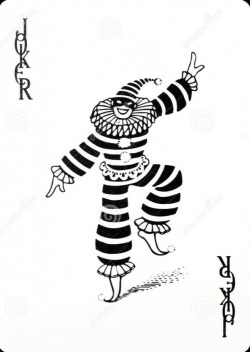 I, as my video game character in our world.
By RedPanda
My name is Sam. Well, that was my name, at least. One year after the release of the game Styx Worlds, an unexpected event occurred. Every player who played SW (Styx Worlds) since the release date received a gift with the newest update.

Forbidden Forge: Fourteen Moons
By TearCRF
A 28-year old forest ranger, having been working in his state’s national forest, begins to hear a mysterious voice. One day he, having been hearing the voice in his head for months, makes his way back home from work to discover something ami

In my defense, I did not choose reincarnation.
By Nilats
I died. Well, that happens at any time. We cannot choose the place or the time, but it will happen sooner or later. So when it happened to me, I accepted it calmly, hoping that my memories would be erased and my soul would start
Action Required