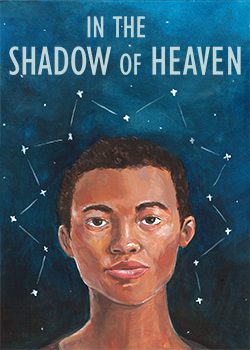 Yan BarCarran has never felt at home. She’s an orphan among her extended family, a spacer among the ground dwellers while at school, and a one-in-a-million oddity born with the ability to use the God-given power. Still, at least at the Academy, an elite theological school where those with the power are sent to train, she knows where she stands. Her peaceful life falls apart when she receives her apprenticeship invitation at graduation.

Aymon Sandreas is the de facto leader of the Empire. He commands hundreds of powerful starships and keeps order among the planets under his rule. He’s also getting older, and the time has come for him to choose apprentices, one of whom will eventually become his chosen successor. He picks three students: the spiritual and talented Yan, the mysterious and troubled Kino, and the impulsive and striving Sid.

Now in the dead center of politics, Yan faces danger from would-be assassins and political rivals. If she doesn’t learn well enough and fast enough, she’ll die before she ever has a chance to make a difference. Between her fellow apprentices, the reformed criminal tasked with teaching her survival, and even her powerful master, Yan isn’t sure who to trust in this dangerous new world.

Sometimes, the right choice is the hardest thing to see.

Lascivious saga
By Savigny
In addition to lust, Jane sometimes feels a hint of compassion. The haughty and slightly self-centered Sainte young woman travels the world in search (of blessings to offer) and adventures as bloody as they are perverse.

Harem Protagonist’s Sidekick
By picklejar399
My first year of high school, and I’m finally free of all the drama surrounding Ethan and his harem from junior high. Now, I just want to enjoy tenth grade and avoid the shenanigans of Ethan and his new group of infatuated girls. This proves impos

Box Shaped Heart
By LauraSFox
Carter Malis thinks he knows exactly when he turned into a self-identified homophobe, and that had to be the moment when Aron Ruskin, his best friend since forever, announced to him that he was going to marry a dude. Great. So there were going to
Action Required