noun
an ambitious or ruthlessly self-seeking person, especially one who has recently acquired wealth or social status.

Kurosaki Kageyama was the model office worker: a rising star among colleagues. Peers and superiors alike sang his praises, and his rise through the ranks of the company was meteoric. He was the type of person people would say 'if it weren't for him, we wouldn't have gotten where we are today.' A man of many talents—a charismatic leader, a skilled negotiator, a visionary strategist, and someone meticulous in all their dealings.

But despite this, something managed to slip through the cracks.

"I can't believe it. Kurosaki Kageyama is dead?!"

The day would remain a sobering reminder for many, but a not-insignificant number of people celebrated the date each year with joy and vigour, praising whatever higher power heard their pleas to finally be free of such a demon. 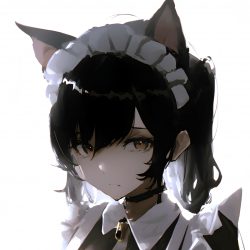