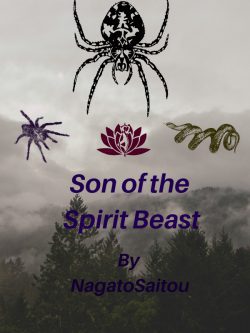 Rainbow Island, one of the several islands in this world governed by martial artists, is the stage of an incredible event. A newborn infant, Hei, is saved from a tragic ending and raised by a spirit beast spider.

Under these unusual circumstances, Hei ends growing up with the body of a human but the mind of a spirit beast. However, this world is filled with conflicts, and his vision about spirit beast differs by the rest of the world.

So, in order to protect his family, he decides to become a martial artist, beginning a journey that would bring him toward the peak of martial artist society while discovering the concealed story of the world.

IMPORTANT: You can support me on Patreon!
There, you can also read chapters ahead of the current publication - https://www.patreon.com/nagatosaitou

Side Note: Later chapters fall into a common failing of most Xianxia and Wuxia stories. They tell you something instead of showing it to you. You should never just tell your readers something is a certain way unless you are trying to write an academic paper. You have to show the readers what something is, otherwise it's just an uninteresting info dump that has no place in the story other than a bunch of words that they have to take on faith.

I'd give this four stars, but the grammar really hinders the word flow.

As mentioned before the word flow is hindered greatly by the grammar. You would get into a good rhythm only to stumble when suddenly you get to a few words that mean the exact same thing that are stringed together.

The story is nothing really new, but is done in a way that isn't too bad.

The writing starts really strong but falls into the usual lul caused by a rather mechanical MC that only reacts to the world instead of actually pursuing what he thinks about.

The grammar is where this really takes a beating. If not for the grammar this would almost be a standard Cultivation story minus the harem. I cannot stress how much a good proofreader and/or editor would patch this up.

Overall, not a bad read, but not exactly the best I've seen. 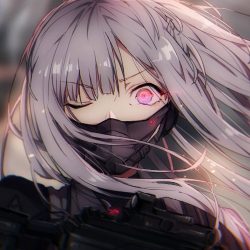 this series is, at the beginning very good, but after they meet their main enemy it became hard to read. I know that author wanted to show us emotions and all, but honestly after that chapter I had trouble to continue. Maybe after some time I will return to read this rare book, but for now I will read something different.

Love this series would recommend if you like beast tamers novels

Former Peerless Immortal reincarnated in another world with an Overprotective Older sister
By PyroTheAlpha
In a universe different from our own there is one rule… “Power is truth.” these words were uttered to a young orphan from a lower realm named Yin Xin by a wise old cultivator, from that moment on Yin Xin had one goal “I WIL

Monarch of Heaven’s Wrath
By ShiranuiShukumei
Liang Chen was a normal youth, one could easily find countless others like him in the Qing clan. He thought that his normal and unremarkable existence would continue for the rest of his life, a thought that was shattered when he was 12. His parent

BLACK HEAVEN ASCENSION
By Hego
Great demons and righteous heroes compete towards their path to heaven, either seeking to bring absolute order to the world or fighting to achieve personal freedom and power unrivaled, they may proceed with their heads held high since their path i
Action Required