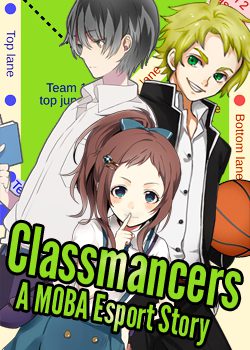 Imagine a shonen sports story. But, it’s not about baseball or soccer. No, this one is about playing a MOBA video game!

And no, it’s neither League of Legends nor DotA. A BRAND NEW ORIGINAL MOBA, the one MOBA to rule them all - Classmancers!

The game has become so big, that even schools recognize it as a sport. They even allow students to participate in Classmancers clubs and compete against other schools! Who will be the one going to nationals!?

For Yuel, a team sport is like a chessboard that comes to life. There’s no greater fun than deconstructing every opponent and predicting twenty of their moves in advance.

And, Classmancers is the ideal stage for such psychological warfare, for it’s a sport in which game theory reigns supreme. At least, usually, it does.

There are also goofs like Lars, who got -200 IQ, yet boast godlike mechanical skill that triumphs against all odds. He’s like your typical OPMC which a cheat, except the cheat does nothing for his intellect.

Yuel and Lars are like water and fire. In other words, 100% compatible! That’s why they form an unlikely duo and set out to dominate Classmancers’ competitive scene!

However, to challenge their OPness, the two will run into rivals who are just as OP! Some of them will turn their teammates immune to Yuel’s psychological attacks, while others will redirect Lars’s almighty strength against himself.

In this harsh environment, the two will keep struggling, struggling, and struggling some more, following their promise to reach the pro scene.

Story: 4.5* Mainly due to how it's unique (not many stories about E-sports)

Characters: 3* Giving it an average score, because I'm bad at characterization, so it's understandable why they are what they are / it appears this way.

Grammar: 4* Mentioned below; probably should be lower, with how the latest chapter confuses some words.

Writing: 2* Again, probably should be lower, but I'm giving the author the benefit of doubt, and say it's just their style of writing. But personally, some of it just seems like padding.

Now onto the details: [WARNING: may contain spoilers]

Mentioned already: The story is unique, in that it's about some kids working to become pro E-sports player.

Speaking of kids; the characters are... In line? Not sure the right word, but they have their flaws and strong suit. Though, personally, they could use some work, especially the female cast. Like, they all seem unhinged in ways, while the males are more 'down-to-earth'-ish, but their flaws are more.... artificial? Like it's added on to make them more believable/relatable/less OP/whatever.

The grammar is alright, with some mistakes here and there; sometimes it's noticeable (like in Vol.10 Ch.2), but oft it's barely there.

Now, the main flaw, the writing. The story has no breaks, especially when perspective is shifted and it tends to shift a lot, due to another flaw: redundant/repetitive analog [Not sure the right word, but, basically, it's just repeating the same things, but from another perspective.]

To make a point, the latest chapter, Vol. 10 Ch2: The Gangs in Taurus, is all about explaining one point, as the chapter's title states, the gangs in Taurus. Yup, the author wrote one whole chapter about this one thing, explaining how it came about, why it's there, it's flaws, and such. And this isn't even part of the main cast, but more a rival.

Another example is in Vol.9 Ch.27 -- Where the author shifts between the two casts duking it out, repeating thoughts and actions. Another, but less, example would be Vol.10 Ch.1; it's basically a repeat of the later chapters in Vol.9. Though, this is understandable, due to numbering -- It's the start of a new volume/book.

Overall, the story is alright, but could use some work.

Pretty good overall, an important characteristic of this story is the realistic way the characters deal with their problems, and by that I mean their problems and weaknesses keep haunting them for a long time, it can get pretty annoying at times, but it's not like people can just get stronger/surpass traumas/correct personality flaws on the fly, it also makes it easier to sympathize with the characters.

Edit: I forgot to say this: this novel is obviously based on sport anime, so I recommend you visualize the scenes as if it was an anime. 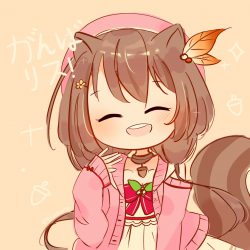 This story is so great! As I am a MOBA player myself this story really brings me shivers everytime with it's action filled chapters! A great sport story, it manages to tell the epic moments in the game and also epic plays from the character! The game itself is interesting too, I find it unique enough that I would really love too see it's own game. Though the chapters can be quite the word walls, it really packs the amazing actions it tells so it would be worth the read! 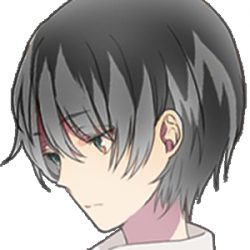