After awakening in a new world a young man changes his life drastically by becoming a busty, lust craving succubus? 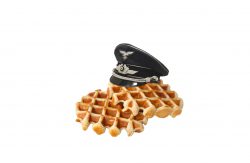 The grammar is good, the worldbuilding is good, and the first few chapters are enjoyable, but the chapters following after the tutorial area are just frustrating, so I stopped reading.

As for the reasons I dropped the story:

Chapter 22: Agni and Katrin's stuff was stolen by the three stooges (these three don't really seem evil, just frustratingly douchy). It is also shown that all three are manipulative backstabbers.

Chapter 23: Agni reacted too calmly to the incident, as if she is okay with being taken advantage of (basically a doormat character).

Chapter 24: The flash-forward was the last straw for me. It just shows the protagonist being abused, stomped on, and stabbed by a random guy three months into the future. Talk about a sudden tone shift.

This is also my first review so take it with a grain of salt.

The story and world are intriguing and fairly well written, though not exactly what the author intends. (This is based off of posts  in the comment sections.) Unfortunately the majority of the smut scenes do not include any consent (aka they are rape) and that just isn't what I was looking for when I read this.

I was going into this looking for some trash to pass the time but got a pleasant surprise the first few chapters kinda went as I expected but after a while it kinda just stopped the s*x scenes I mean sure there is still some crumbs of erotic stuff but it got dropped except for the villain but that's like a few sentences not that much compared to the start tbh I don't know how I feel about this novel on one hand I want to see more development in powers and setting and see a grind of all skills and on the other hand I want garbage a tough choice as it is as of writing this is keeping a sense of normalcy and balance with what it's doing so I can't complain I just hope that the author goes in the right direction and has a plan anyway I think if you want trash then then this is decent but you could find better if you want to see cool abilities different paths moral questions with a light dose garbage every now and then your in luck because this is that this is very reminiscent of the second coming of gluttony but more light hearted and fun I think this novel is always improving and I hope it keeps up the trend until the end this is my first review so I hope I did well also this should be at 4.3 at least Jesus

The pacing is perfect for me, and I love it. Not everyone will. Read it and leave if you dont, but give it a chance.

--As pointed out by the author, which I agree with, this story does not have rape scenes (as of posting, but the author vehemently denies that he will ever have such a thing portrayed as anything other than terrible). There is a scene that some people have decided to construe as rape, but it was consensual, and *Said characters having been taken advantage of by the other party (in something unrelated in action to the consensual event) ***after*** the consensual event does not change that fact that the event was consensual, and not at all coerced.*

This novel shows consent, and in any future scenarios where it wouldn't I have faith from previous experience that the author would make sure to not portray the rape  as anything other than terrible.

Give the novel a try, don't listen to the other comments talking about "rape this, lack of consent that", and if for whatever reason you can't see it, look a bit harder, and remember things from the character's perspective, not your own.

All in all, great story, with fleshed out world systems, and a really interesting take on the game-like interface system.

story is good, came here to find a story about corruption, with the gender bender + smut tag, but I found something much more... pure I think. we follow aria, the succubus isekaied and amnesiac protagonist, is transported in a world where basically everyone was reincarnated after having regrets in life. with this setup, every character and side character as a strong personality has they try to accomplish themself better than in their previous life, whithout that being unatural, and the story feel more "real" that way. aria is kind and shy, witch make her struggle with becoming a s*x crazed demon. the world of the story and his laws are justified in a number of ways, like how the system can work and other stuff (i won't spoil) and there are mysteries that are teased that let us waiting for more

for the negatives, the story is a little slow to me, but that's personal preferences and other people will like the spacing, and aria is not really proactive, she let herself be taken by the flow. It doesn't bother me that much, and as I understand it will be part of her transformation later in the story (pure speculation of my part)

I recomend the story, who recived to much hate for stupid reasons. every detail has been thought through and our cute s*x demon in the learning is some sort of perverted cinnamon roll

(Copy from my review on Creative Novels)

I started it without any expectaion because of the title and summary but it, somehow, can keep me on my toes, trying to guess waht is gonna happen next and, modest aside, I can pretty much on almost all books I read and this, while getting a little cliche some times, can get that feeling of ‘what is gonna happen?’ ‘she is losing?’ so my score is only short of 5 because of the theme overused but this time it is exceptionally executed!

(And sorry for any error on the writing, english is not ma native language;)